The Dutchman Bauke Mollema won the 14th stage of the Tour de France on Saturday alone. Frenchman Guillaume Martin did the right thing for the day, taking second place in the class ... 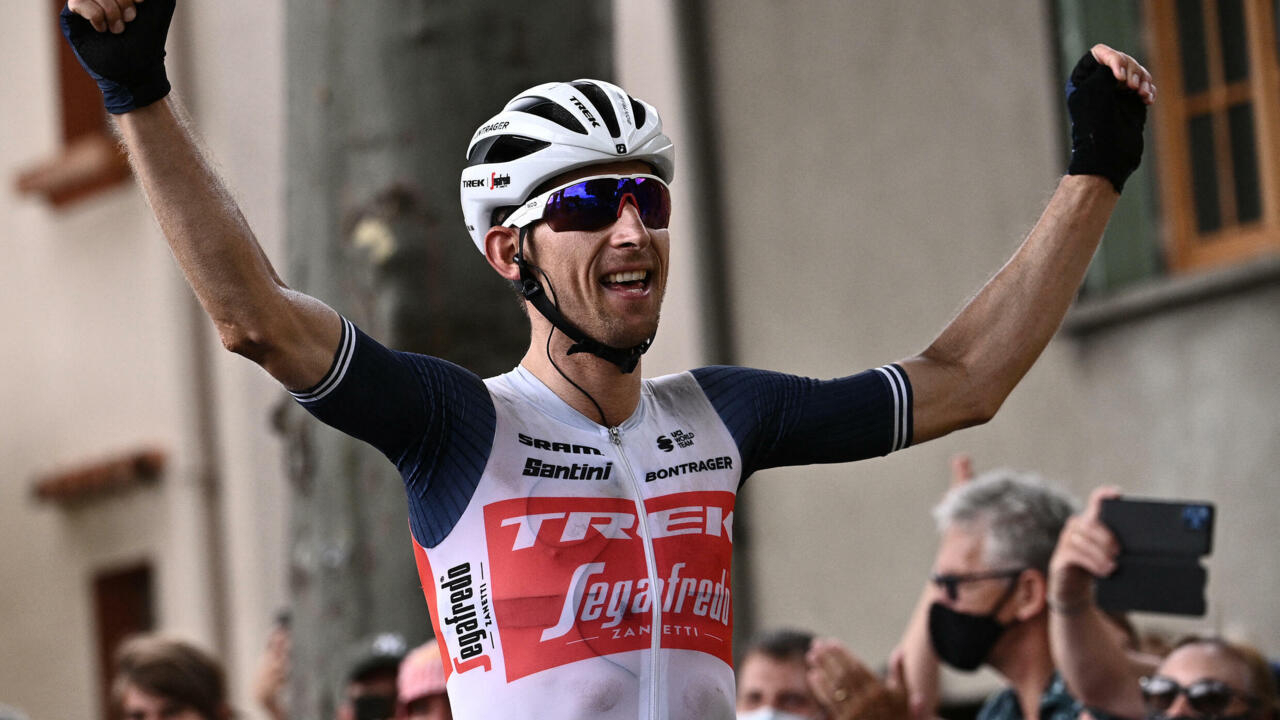 Staying warm in the peloton, the Slovenian Tadej Pogacar easily retains his yellow jersey on the eve of a stage which promises to be complicated in the Pyrenees.

The Trek-Segafredo team rider extricated himself from a group of 14 riders about forty kilometers from the finish to never be caught.

The top 10 of the general classification, with a new entrant (Mattia Cattaneo) and the comeback of Guillaume Martin.

Guillaume Martin (Cofidis) moved up from 9th to second place in the general classification thanks to his presence in the breakaway.

Mollema scored his second success in the Tour, four years after winning a mid-mountain stage in Puy-en-Velay.

The 34-year-old Dutchman also has a "monument", the Tour of Lombardy (2019), to his list of achievements.

In this 183.7-kilometer stage with pronounced reliefs, the breakaway only formed after more than an hour and a half of an unbridled race.

The Pogacar peloton left the gap 4 minutes before Mollema cleared the rough roads of the upper Aude valley.

The Canadian Michael Woods, despite a fall, managed to seize the polka dot jersey of the mountain.

The French Warren Barguil and the Danish Soren Kragh Andersen, caught in the big crash on Friday, did not start in Carcassonne.

Sunday, the race climbs to its highest point, at the port of Envalira, at 2,408 meters above sea level, in the 15th stage between Céret (Pyrénées-Orientales) and Andorra la Vella.

With a steep pass (Beixalis) of the first category followed by a rapid descent in the last 20 kilometers.