The IS jury clears the issue of the Styrian GP. The Styrian GP in Austria ended Sunday with a victory for Red Bull’s Max Verstappen. Verstappen thus strengthened his World Cup lead against second-placed Lewis Hamilton. Read more: Do Lewis Hamilton's wishes echo in deaf ears? Toto Wolff revealed the harsh situation - the explanation is understandable Valtteri Bottas was third and Kimi Räikkönen 11th. The jury of Ilta-Sanomat clears the events 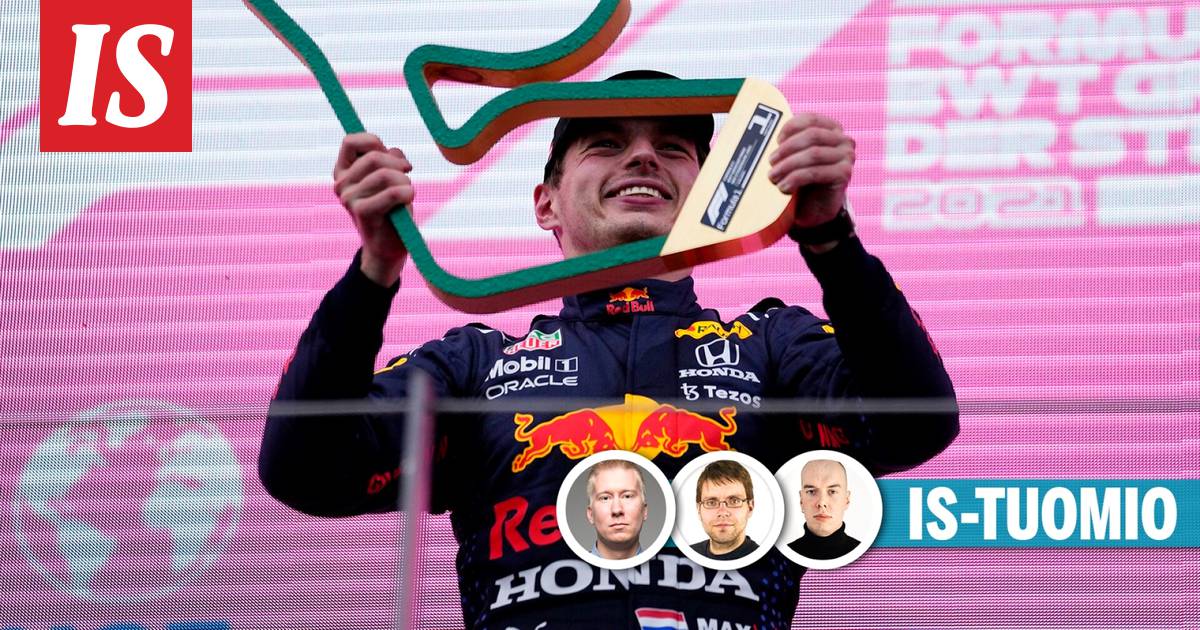 The Styrian GP in Austria ended Sunday with a victory for Red Bull’s Max Verstappen.

Toto Wolff revealed the harsh situation - the explanation is understandable

The jury of Ilta-Sanomat clears the events of the competition.

This time, the word is swayed by journalists Tommi Koivunen, Joonas Kuisma and Petri Seppä.

Williams can no longer be talked about as a completely blind car, and especially in Austria, the pace of Nicholas Latif also seemed reasonable in time, but Russell was still driving a great race in the top ten.

The unfortunate technical failure deprived the UK of the chances for the first points of the season.

The difficulties of Daniel Ricciardo.

Aussi changed teams again this season in hopes of a better tomorrow, but washed McLaren has had a bad disappointment for the plush-paid Ricciardo so far.

The gold boy from the stable, Lando Norris, is constantly on the cusp.

Now the aussi flopped strangely in time, the race went wrong after a good start due to a temporary power unit problem.

Valtteri Bottas lost control of his car in the drills when he practiced a new technique with the stable, i.e. starting straight in 2nd gear.

The mistake was small but cost the Finn harshly.

Esteban Ocon was recently rewarded with a long extension contract for his strong start to the season.

At the same time, however, the power relations at Alpine have gradually turned to the old fox Fernando Alonso, who was again much stronger than his French teammate.

While the explanation is understandable, meaning that next season will have to be banged due to major rule changes, in addition to which the development work is very limited, it is still surprising that Mercedes will no longer bring one single upgrade package to its car this season.

The result is visible on the track: Red Bull is going to make every effort to win this year’s World Cup titles.

Leclerc set off from the grid, but the front wing of his car broke down in the first lap of the race.

The Monaco cleared its way with an aggressive drive and handsome overtaking from the back of the queue back to seventh.

The power ratios of F1 have changed.

The era of hybrid turbos, which began in 2014, has never seen a situation in which Mercedes has not achieved victory in four consecutive races.

Now that’s been the case with Red Bull taking four races into the tube.

In the words of Niki Juusela, it makes a “nasueinaria” for the World Championship series, what the hell does that mean.

The future superstar of the sport started the race from the 10th square and was eighth at best.

Then the technology of the lousy British car failed.

The 23-year-old “Mr. Saturday’s” contract is due to expire at the end of the season, and the talent is bound to get in a better car.

Kimi “41 years ago” Räikkönen had an insignificant but pleasant fight with Aston Martin's Sebastian Vettel at the end of the race.

The twist of the battle pair, which collected a total of five World Championship titles, was taken by Iceman, who drove handsomely from box 18 to 11th.

No World Championship points, but one of the moments that Räikkönen can enjoy this season.

Ferrari is like the football team Juventus was under head coach Andrea Pirlo last season: you never know what to get.

The French GP didn't get a point in Italy seven days earlier, now the pace of Leclerc and Carlos Sainz was really lively and we looked defiant.

It would be like Coppa Italia’s victory in the spring was for Juvelle.

Although Max Verstappen won sovereignly, Leclerc nonetheless staged the show of the day.

Leclerc’s front wing broke down in the opening lap, and the Monaco was left on the tail of a long car hike after a depot visit.

However, Leclerc started a spectacular bypass show and eventually rose to as high as seventh.

The superiority of the Verstappen – Lewis Hamilton duo.

In time, the others get close, but when the race begins, the duo inevitably plunge into the landscape.

The race head and pace of both are light years ahead of the others, with Verstappen currently still a degree better than seven-time world champion Hamilton.

Both of McLaren’s cars unexpectedly lost power early in the race.

Lando Norris had no division to defend his third place against Sergio Perez and Valtteri Bota, as did Daniel Ricciardo lost many places in a couple of rounds.

History had to repeat itself.

Sergio Perez went for a second tire change and started reaching Valtteri Bota for about a second per lap.

In France, Perez overtook Bottas in the fourth to final round, in Austria, Perez got quite in position, but this time the journey ended in the middle.

It was very important for Bottas to avoid further humiliation.

In general, the Red Bull depot team does a diamond-fast job. Now Sergio Perez’s first depot stop took 4.5 seconds. True, a 4.5 second stop is eternity in the formula world. Easy to say and jostle afterwards, but the usual - a couple of seconds faster - tire change would have brought Perez a podium finish.