Euro-2021: the Netherlands favorites against the Czechs, Belgium is wary of Portugal

After a perfect group stage, the Netherlands and Belgium hope to continue their momentum by qualifying for the quarter-finals of Euro-2021. If the Dutch arrive favorites against ... 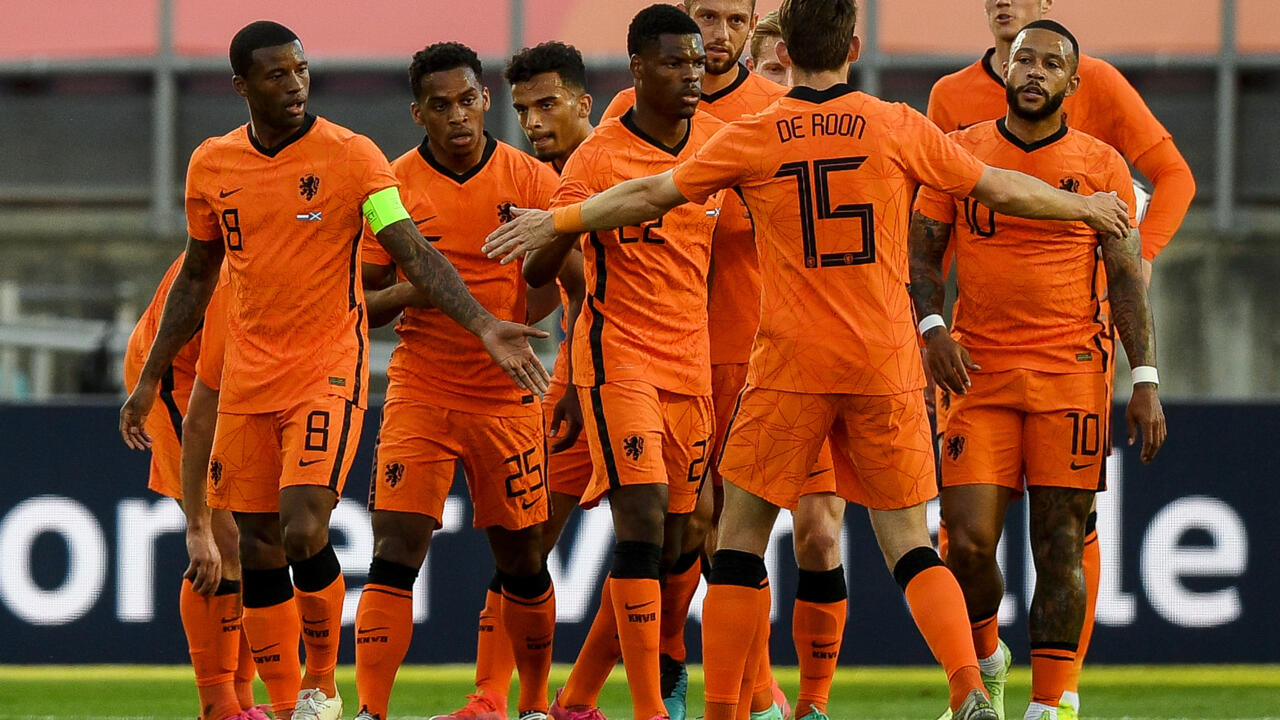 Winners of their three group matches, the Dutch will be favorites against the Czechs, Sunday June 26 at 6 p.m., in the round of 16 of the Euro in Budapest.

Full of ambition, the Belgians will have to beware of the Portuguese, title holders, whom they face in Seville later in the evening.

The Netherlands makes a strong comeback

The teammates of Memphis Depay, with their full card in the first round in Group C, hope to mark the spirits after the absence of their predecessors at Euro-2016 and the World-2018.

But since the triumphs of Marco Van Basten, Ruud Gullit and Ronald Koeman at Euro-1988, the first knockout game has often been fatal in the Netherlands - just two qualifiers in seven games, in 2000 and 2004.

Unhappy finalists in 1996 against Germany, the Czechs will be able to count on their center forward Patrik Schick, author of three goals in the tournament.

The two nations have met twice at the Euro, each time in the group stage, with a success for the Batavians in 2000 and a victory for the Czechs in 2004.

Belgium-Portugal, shock of the eighths

Belgium, whose best performance was a place of Euro finalist in 1980, hoped to face a more modest opponent after finishing brilliantly first in Group B. But they inherited Portugal from Cristiano Ronaldo, third in " group of death "behind France and Germany.

"They can go far, it's a shame that we meet them now in the round of 16," regretted Red Devils goalkeeper Thibault Courtois of Portugal.

The two selections have never faced each other in the context of a Euro or a World Cup.

Romelu Lukaku, who has already scored three times in this Euro, will be the main threat for the Lusitanian rearguard, quite feverish during the defeat against Germany (4-2) last Saturday.

As for the selection led by Fernando Santos, we logically rely on Ronaldo, who is probably playing, at 36, his last European Championship.

⏳ It equals the RECORD 🐐 pic.twitter.com/UvwsqMUOJt

"CR7", the current top scorer in the competition with five goals including three penalties, tied against France (2–2) on Wednesday the record for goals scored in the national team (109) at world level - a record that belonged until now to Iranian Ali Daei.

The Andalusian heat will be a factor to take into account: despite the late kick-off hour, it should be even more than 30 degrees Sunday evening on the yellowed lawn of the Cartuja stadium.