Lewis Hamilton is in the wrong place: Mercedes is no longer bringing upgrades to its car. Will Max escape to the championship? 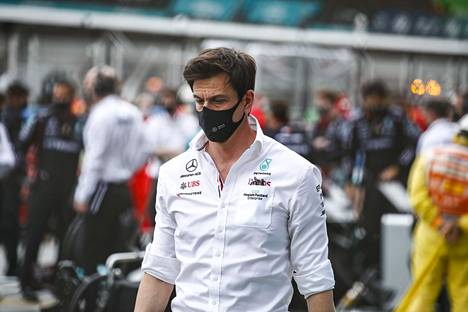 - We have to find a performance.

We need some kind of upgrade package.

Lewis Hamilton’s message was outspoken after the Styrian GP.

No wonder Hamilton missed a chance with his Mercedes against Red Bull’s Max Verstappen.

At the same time, Verstappen increased his World Championship lead to 18 points.

Hamilton, 36, who dominated the F1 series in recent years, and the Mercedes championship tubes are in great danger of breaking.

Namely, no new development package for this year's car is coming from Mersu, the team boss Toto Wolff confirmed.

The development work of the stables has been strictly limited by rules, and especially now the situation is awkward when we move into a new era and new types of F1 cars next year.

The stables are forced to put the majority of their bangs into next year’s car development.

“The situation is really complicated because the new rules apply not only to the next season but to the whole future and the years to come, when completely different cars and concepts come into play,” Wolff said.

There is a need to balance with the situation, and Mersu sees it as more useful to focus all the energy on next year’s car.

- Pretty much everyone is already planning cars for next season, although some may bring some reforms.

Here again, Red Bull had trucks full of new parts and it seems to work: they wrestled in their very own league.

Red Bull also brought an upgrade to its power unit to its previous race in France.

Engines should only be introduced for reliability upgrades, but in practice they can also improve performance.

When the mill is more reliable than before, it is also safer to get more out of it.

The German magazine Auto Motor und Sport, for example, has estimated that the upgrades would have brought Red Bull as much as 14 horsepower in practice.

In Austria, Verstappen's pace was already murderous in the first sector of the line, which comprises only part of the main line, one bend and the next long line.

While Hamilton hopes for upgrades, Wolff recalled that the car isn’t just being developed with new aerodynamic parts.

Mercedes can also further improve its speed, for example with better adjustment work and the use of tires.

Lewis Hamilton and Valtteri Bottas drove to the podium but were unable to fight for victory against Max Verstappen.

The Finn has always been strong in Austria, and so it is now: in time, he came second, but the starting square penalty made the Finn's race more difficult.

He left the race from the fifth square.

Bottas gave up a good sample of work after his sad last race.

- I think he drove the perfect first stint: He kept his tires in good condition and was fast.

Without punishment, he would have been involved in the top fight, Wolff praised.

- But Lewis and Valtter have the same equipment, and it wasn't enough here to beat Max.

While there would be no updates for Mersu anymore, Wolff threatened a fighting spirit.

We had a hard weekend now and there were no weapons to win, but we are still winning races and taking piles.

We fight as hard as we can.

The F1 season continues next weekend at the same venue, the Red Bull Ring track, the Austrian GP.