Swedish success in the final in jumping at Stockholm Stadium. Peder Fredricson and Catch Me Not won. Afterwards he pays tribute to his horse. - Nice! Finally! He's in great shape now. He is fantastic, it is very, very fun to have such a horse, says Fredricson to SVT. 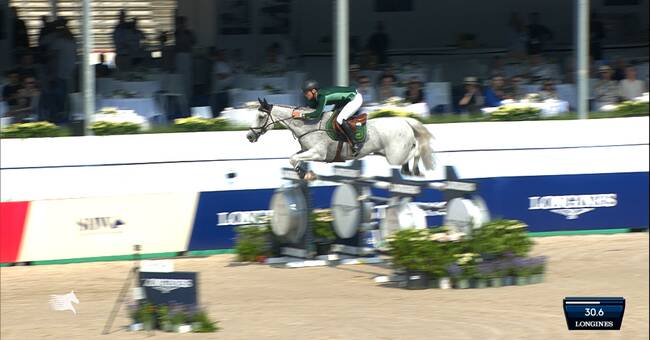 Six Swedish crews chased the podium in the prestigious final of the Global Champions Tour at Stockholm Stadium on Sunday.

Three made it to the final on hurdles 1.55: Peder Fredricson & Catch Me Not, Henrik von Eckermann & Glamor Girl and Douglas Lindelöw & Cheldon.

- There, the others get something to bite into, that is not easy to beat, says the expert Lotta Björe in the broadcast.

- It feels great and my horse jumped really well today, I am proud of him.

You get extra motivated when you get to compete at home, says the Swede.

There were two Swedes on the podium today.

A second place the first day and a third place today.

Peder was really fast and I did the best I could, he says afterwards.

For Henrik von Eckermann, it was all the more difficult.

He and Glamor Girl got 16 errors.