American Russell Henley is joined by Canada's Mackenzie Hughes and South Africa's Louis Oosthuizen after the third round of the US Open. 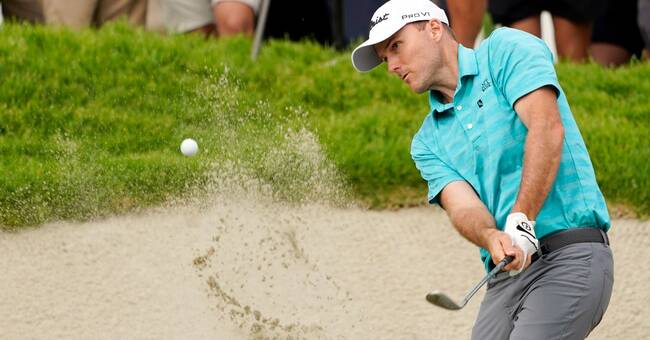 The trio is five strokes below par ahead of Sunday's final round at Torrey Pines in San Diego.

But behind that, several stars are challenging.

Next up is reigning champion Bryson DeChambeau (USA) and four-time major winner Rory McIlroy (Northern Ireland), on three strokes each under par.

McIlroy was the best in the third round - 67 strokes - and climbed 17 places.

- This is the most mentally demanding golf tournament in the world. You have to stay sharp and really be in the moment, says McIlroy after the round.

At the top, Mackenzie Hughes can enjoy his big game a little extra, as the 30-year-old has missed the cut in the last five competitions. At Torrey Pines, he put a two-meter-long eagle putt on hole 13 and finished by getting out of the bunker and putting a birdie on hole 18.

Louis Oosthuizen also finished the third round strongly and put an eagle on the last hole.

- There are many good players up there who have a chance to win, says Oosthuizen.

Russell Henley needed a birdie on the last hole to be in the lead alone, but ended up in the bunker and had to settle for par.

World number three Jon Rahm, who was quarantined last week after being infected with the corona virus, went around 72 strokes and is in joint sixth place, two strokes below par before Sunday's finish.