The Islanders leveled against Tampa

The New York Islanders defeated Tampa Bay 3-2 in the semifinals of the Stanley Cup playoffs. Hill Ryan Pulock became the hero after a heroic shot block on the goal line. It is now 2-2 in matches. 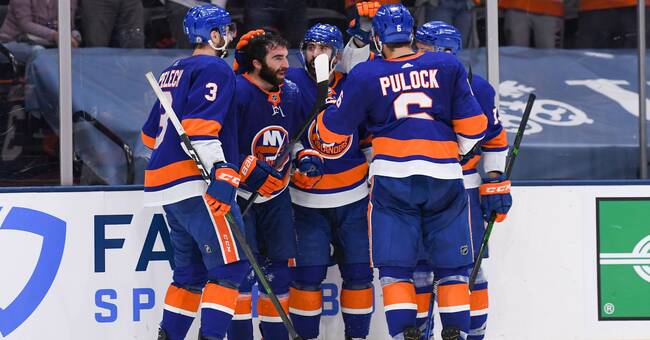 The New York Islanders took revenge after the loss in the last game against the reigning champion team Tampa Bay Lightning.

After a goalless first period, New York took a real grip on the match in the second.

A few minutes later Mathew Barzal was able to extend the lead to 2-0 and before the end of the period Matt Martin had made it 3-0 and the Islanders looked to be heading for a sure victory.

But the reigning champion team from Florida wanted something else.

And Tyler Johnson could then put another reduction.

It then became a massive final forcing for a draw from Tampa Bay.

With a few seconds left, the best chance for an equalizer came.

Islanders goalkeeper Semjon Varlamov came too far out and Ryan McDonagh got an open goal.

However, Ryan Bulock decided he fancied doing his job and cleared it with an assured header.

New York managed to hold off and won 3-2.

It is now equalized in the match series, 2-2.