The person in charge of the public address system at La Cartuja missed his finger. He wanted so much to see a ball inside the goal that, when he saw Álvaro Morata holed, he pressed ... 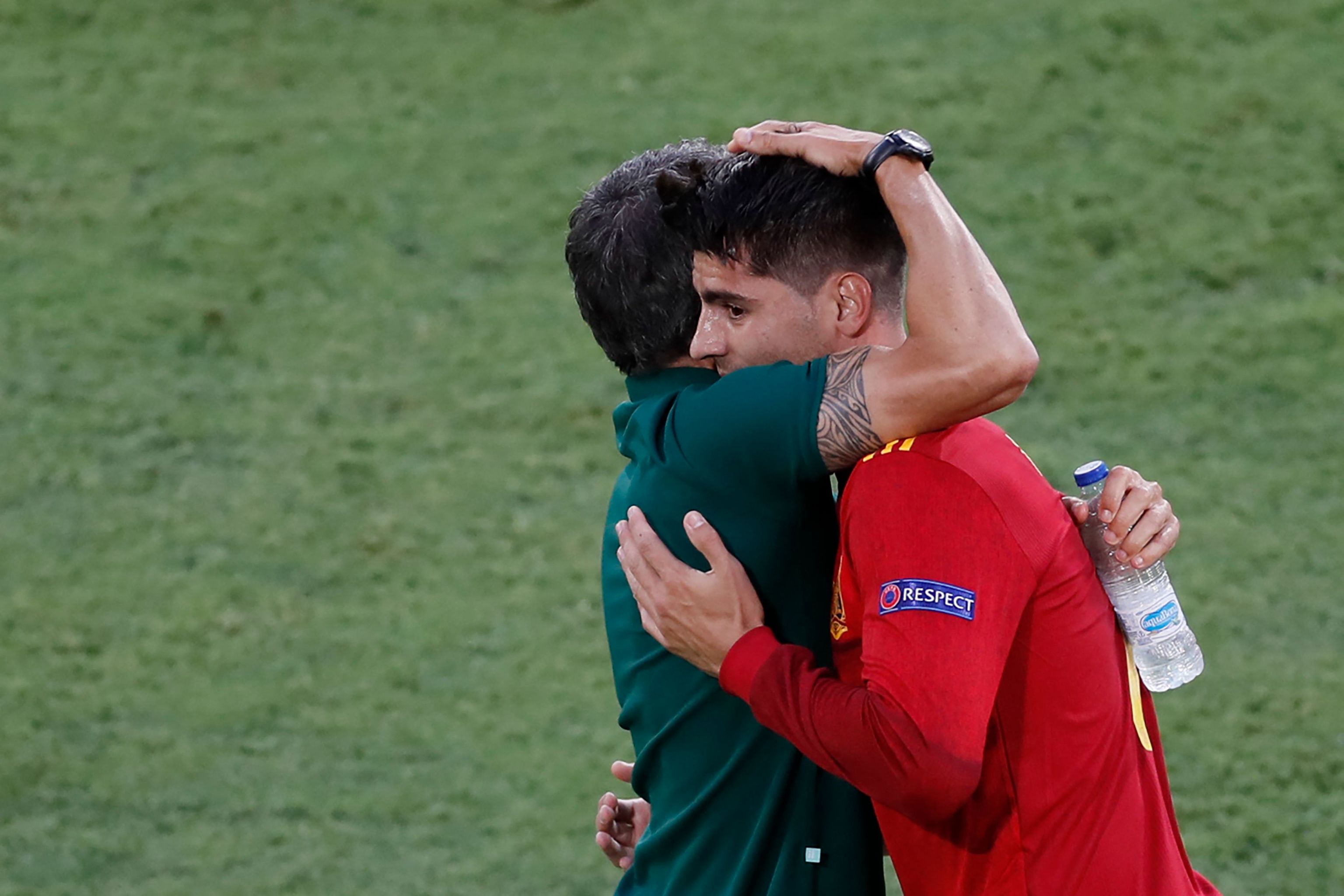 The person in charge of the public address system at La Cartuja missed his finger. He wanted so much to see a ball inside the goal that, when he saw Álvaro Morata holed, he instantly pressed the button (or whatever) that activated the disco that accompanies every goal of this Euro Cup. Morata, seeing that the lineman raised the flag almost instantly, did not even celebrate it. He simply waited for the music to stop and for the Italian referee

to clarify the matter from the VAR. And so, with some suspense, which sometimes adds even more flavor to the matter, came the redemption of Morata. A kind of catharsis on the same venue that, five days earlier, during the opening match against Sweden, had given him a few whistles.

. He ran towards the band, looked for the coach and merged with him in a hug, as gratitude to that unconditional confidence that the coach has shown with Morata during these difficult days of the striker. It was the "Morata and 10 more will play" on Friday, but also the constant signs of confidence, including a detailed document before the press, in the purest

, where he praised the lustrous scoring figures of the Juventus tip with 41 games (already 42). He has achieved six of his 20 goals under the Asturian coach. Álvaro's party, relieved by the weight he had just put on that goal, continued to throw kisses to his teammates on the bench.

An hour before the goal, during the warm-up, on a spring afternoon in Seville, it was clear that something had changed.

During the announcement of the line-ups, when the 'speaker' arrived at number 7, Morata's, a great ovation came from the stands.

A clear message to the player who has seen the goal the most times (20 in 42 games) in this selection.

It was also taken by Gerard Moreno, who had lived the experience against Sweden, where he was acclaimed by La Cartuja as the savior of a match that, in the end, would be impossible to open.

It was the fourth time that Morata and Gerard started out together.

They had already done it in the thrashing against Malta (7-0) and Romania (5-0), under the helm of Robert Moreno, where the Villarreal forward scored three goals and four assists and a goal from Juve.

They would also form a trident with Asensio, and with Luis Enrique, on the Amsterdam Arena, in the friendly against the Netherlands (1-1) where neither of them got to see the door.

Last night, Gerard, who did not stop pestering Poland, discovered Morata behind

, so that his partner, so that Spain, could take the first joy of the European Championship.

It was the confirmation that the connection between his two forwards works.

Lying on the right wing, teaming up with

, the Villarreal forward drew a showy match, which he failed to decorate with what would have been his sixth goal. Shortly after

stepped on Gerard in the area and, for the second time, the VAR warned Orsato. The forward, convinced, grabbed the ball, placed it, but his shot ended up crashing into the post. Morata was not able to hole the rejection either. It was the fourth maximum penalty in a row that the selection failed. Namely, two by

against Switzerland, another by Abel Ruiz against Lithuania and the aforementioned one from the Barcelona striker.

Against Poland, Gerard, the national top scorer, scoring 30 goals this season, made his debut as a starter in a great appointment with Spain. Gerard, who played his 13th game last night, made his debut a little less than two years ago with the Spanish team. He called him for the first time, at 27 years old,

and, upon his return, Luis Enrique has maintained confidence in him. After his brilliant quarter-hour final against Sweden, he was left with the desire to finish what would have been a great task.

A few minutes before closing, with the score set, Luis Enrique decided that Morata could give little more, after hitting the sturdy Polish defenders.

, another debutant in a final phase, the stands gave the scorer a warm farewell ovation.

Spain still lacks a goal, hence the small mess in which it is involved, but, at least, it has a partner to hold on to against Slovakia, next Wednesday.