Preview French GP: Will Verstappen hold up after strong qualifying?

Max Verstappen will start from pole position at the Grand Prix of France on Sunday at 3 p.m. The Limburger squeezed a very fast lap out of his Red Bull in qualifying on Saturday and thus stayed ahead of title competitor Lewis Hamilton, among others. The question is: will he be able to do that in the race? 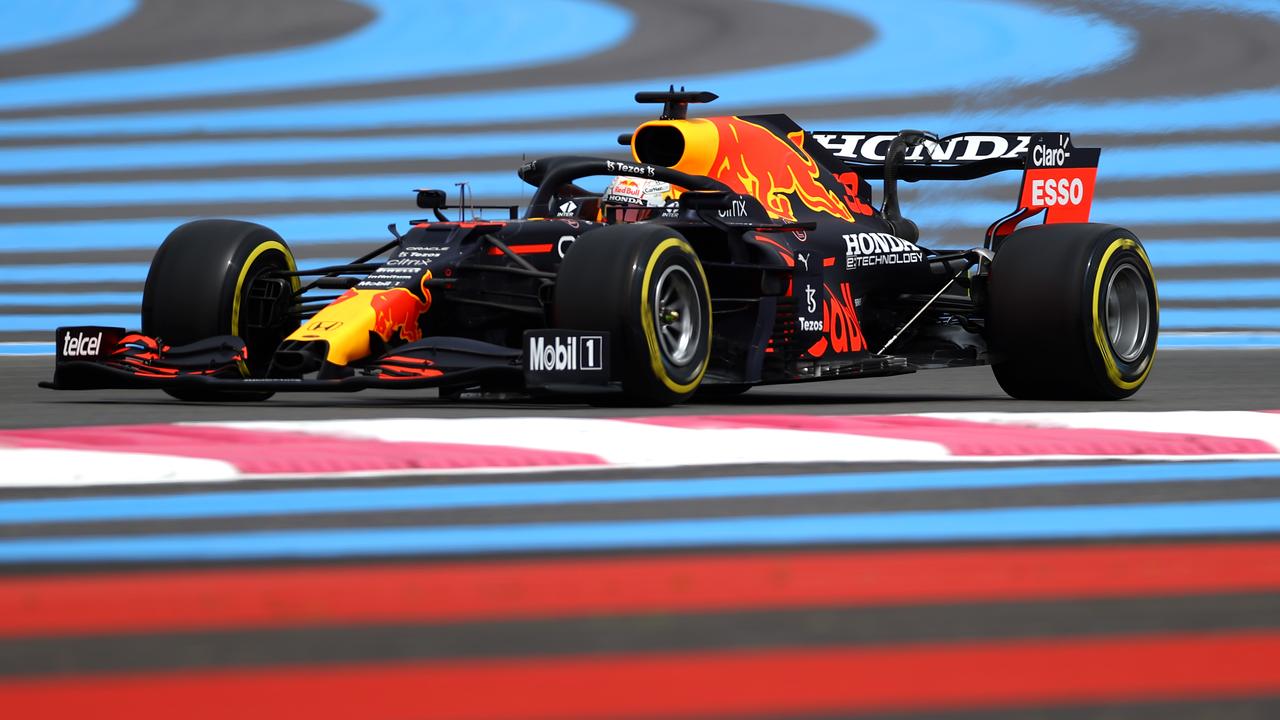 Max Verstappen will start from pole position at the Grand Prix of France on Sunday at 3 p.m.

The Limburger squeezed a very fast lap out of his Red Bull in qualifying on Saturday and thus stayed ahead of title competitor Lewis Hamilton, among others.

The question is: will he be able to do that in the race?

The fact that the Red Bull is faster than Hamilton's Mercedes over one lap does not guarantee that this will also be the case in the race. Certainly the yellow medium tires on which the entire top ten will start anyway, are a point of concern for the team of the World Cup leader.

"The fact that we start from pole gives confidence, but we expect Mercedes to be very competitive in the race," Red Bull team boss Christian Horner looked ahead on Saturday.

In the second free practice on Friday, all drivers drove a little longer on medium tires. The average lap times show that Mercedes and Red Bull, or in particular Verstappen, hardly differ from each other.

An exciting battle, especially in the opening phase of the Grand Prix, therefore seems to be guaranteed.

The pace on the hard tires is less clear, while we normally see it in the race: the most likely strategy is one pit stop, from medium to hard.

Pérez can mean a lot for Verstappen

It is therefore nice for Red Bull that Sergio Pérez is 'in the mix', from fourth on the grid.

It is well known that the Mexican has to have more of his races than qualifying, so it seems Verstappen can expect something from his teammate in the strategic battle.

As long as Mercedes does not have free rein with the pit stops because the German team does not have to take the second Red Bull into account, Pérez is already helping Verstappen.

There are three more factors the Dutchman can count on: His starts have been excellent this season.

Verstappen also starts on the racing line, which is usually an advantage.

In addition, the Red Bull drives with less downforce than the Mercedes, which makes Verstappen less vulnerable to overtaking at top speed.

One thing Red Bull knows for sure: if it manages to beat Mercedes in this race, that is very good news for the title fight.

In 2019, Verstappen conceded 1.1 seconds to the pole time of his current title competitor.

A win for the Dutchman would be confirmation that World Cup leader Verstappen can handle Hamilton on many circuits.

The second race within a race: watch Alpine

Ferrari participated in the front in Monaco and Azerbaijan, but has dropped back to the second top on the 'normal' Circuit Paul Ricard. There, the battle continues for third place in the Constructors' Championship, which is the main goal of both the Italians and McLaren. In qualifying, the Scuderia handed out a first blow. Carlos Sainz (fifth) and Charles Leclerc (seventh) start ahead of Lando Norris (eighth) and Daniel Ricciardo (tenth).

Alpine can get away with the loot as a third party. That team has picked up speed in the home race. Fernando Alonso starts ninth and immediately joins the fight. And although Esteban Ocon was somewhat disappointing with an eleventh starting place, he can benefit from a free tire choice. A start on the hard tires could turn out well for the Frenchman.

Add to that the fact that Ferrari's race speed is a question mark and McLaren is not in good shape and it makes Alpine the team to watch out for.

Of course, that also applies to Pierre Gasly, who qualified his AlphaTauri neatly in sixth place in front of his own audience.

Thunderstorm in the sky

Although the French GP is most likely to be held under dry conditions, it should not be ignored that there is a 'chance' of a thunderstorm.

This is especially true for the hours leading up to the 3 p.m. race, but it can also happen during the GP.