Euro-2021: Germany is afraid of the void against the Portuguese champion

Defeated by the French world champions in the first match, Germany faces the Portuguese European champion on Saturday. In this very tough group F, the Nationalmannschaft, in full doubt, do… 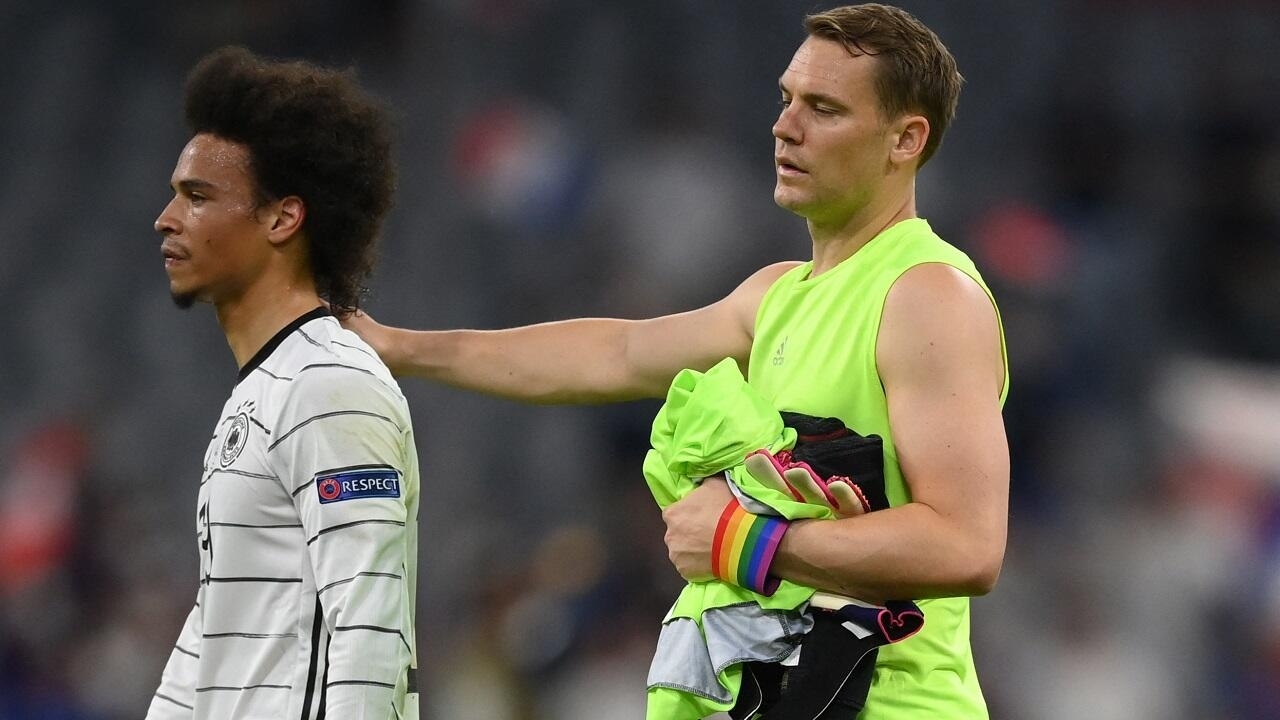 In a pool bringing together the reigning world champion, his predecessor and the reigning European champion, the shocks are numerous, and the right to error is almost prohibited.

The first day of Group D saw a cador kneel down: with this defeat conceded at the Allianz-Arena against the France team on Tuesday (0-1), Germany found itself back to the wall before falling measure in Portugal, Saturday June 19.

In this Euro where the four best thirds are qualified for the knockout stages, nothing will be played until the last day, with the apothecary calculations that will be necessary.

But the Germans have every interest in bouncing back on Saturday so as not to be swallowed up by doubt, as three years ago.

"Keep the head up"

Across the Rhine, the specter of the Russian disaster remains in our memories.

Reigning world champions, Joachim Löw's men took the door in the first round of the 2018 World Cup, with a record of one victory for two defeats, and a pitiful last place in a group that seemed within reach (Korea South, Mexico, Sweden).

Such a fiasco was unprecedented for the Nationalmannschaft since 1978.

The campaign in Russia began with a loss to Mexico.

Inevitably, the poor performance against the French at the start of this Euro awakens bad memories.

The setback "hurt," Emre Can admitted on Thursday.

He accredits the doubts expressed in the German press about the national selection.

🎙️ @emrecan_: "We were all hurt because it was a painful defeat. You could still feel the disappointment yesterday, but the mood was a lot better today. We have to look ahead, stay positive, work hard and win Saturday's match." #DieMannschaft #GER # EURO2020 #PORGER pic.twitter.com/Csnn4DH2HG

Talent, this team is not lacking.

Wall Manuel Neuer, youngsters Kai Havertz and Timo Werner, metronome Joshua Kimmich or the ghost Thomas Müller are among the many Germans who have carried Bayern Munich and Chelsea to the Champions League coronation over the past two seasons.

It will be necessary to add the mind to challenge the Lusitanians.

"We have zero points, but we still have to keep our heads up. There are still six points to go, we have to focus on that", hammered the captain Toni Kroos.

On the Portuguese side, the atmosphere is much less heavy. The European champions have long stumbled over Hungary, the Petit Poucet of the group, on the first day. But the lock jumped in the last minutes and the Seleçao won widely (3-0), taking the first place in the process thanks to a better goal difference than France. With a victory in Munich on Saturday, Fernando Santos' players would secure their ticket for the round of 16.

At 36, the striker is constantly pushing the limits.

He erased Frenchman Michel Platini from the shelves and his 9 goals in Euro 1984 alone. And CR7 could seize a new record against Germany.

With 106 goals in 176 caps, Cristiano Ronaldo relies on Ali Daei, the legend of Iranian football.

The latter is the top scorer in the history of national teams, with 109 goals in 149 matches.

But in recent years, he expects to see the Portuguese surpass him.

That moment may be imminent, especially as Cristiano Ronaldo is very effective against Manuel Neuer.

The striker has already cheated on him nine times, including a treble in 2017 in the Champions League, when he wore the Real Madrid shirt and the goalkeeper kept the Bayern cage.