The intrahistory of the break between Sergio Ramos and Florentino Pérez

And when Sergio Ramos woke up, Real Madrid was no longer there. The first half of 2021 has been difficult and absolutely unexpected for the former Madrid captain. The... 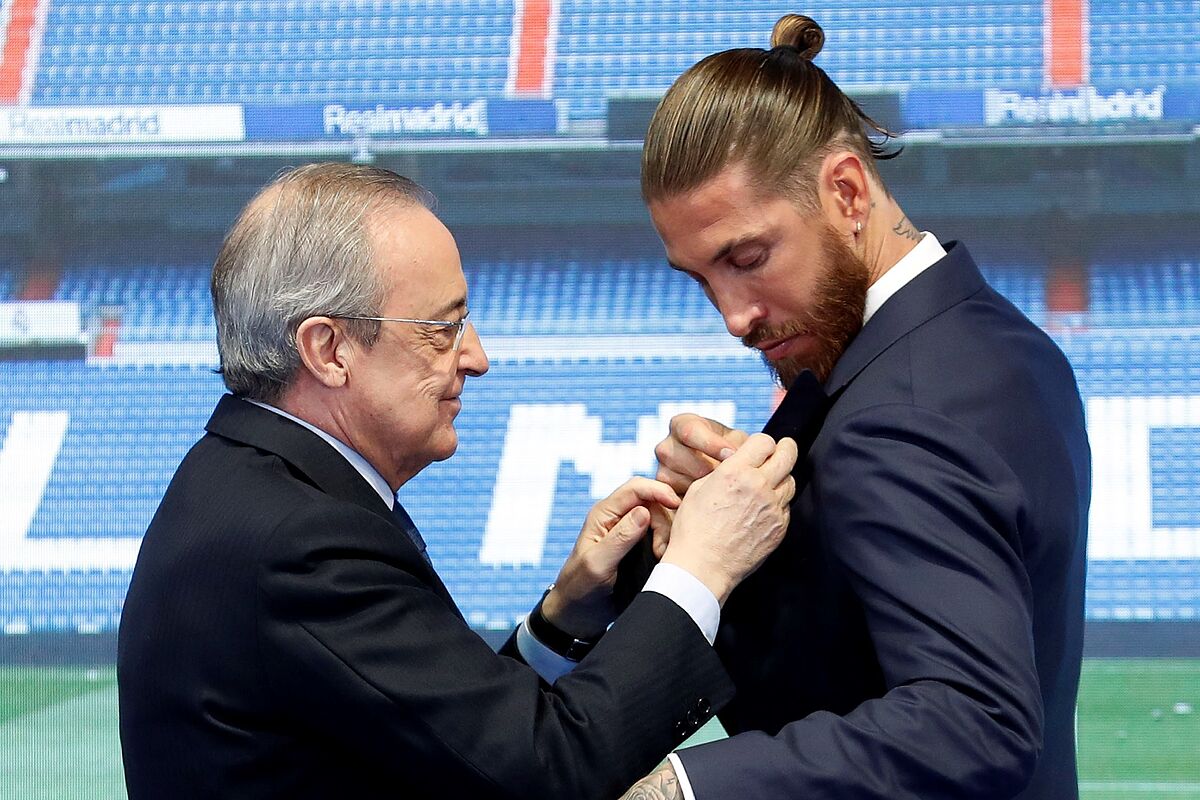 no longer there. The first half of 2021 has been difficult and absolutely unexpected for the former Madrid captain. The Andalusian thought that, as in

, Madrid, once his reflection time was over, no matter how long it might be. What Ramos did not expect was that "

" on the renewal offer or a consummate full stop after months of hints, errors, leaks and bad luck. This is the

story of a breakup

After the controversy surrounding his latest renewal, Ramos and Madrid came to the current negotiation with highly studied profiles. On the one hand, the

that the Andalusian had put on the table in 2019 to pressure the board had not liked the club, despite the fact that the center-back ended up signing and ensuring that "he

would play for free here

." On the other side, the situation of the defense of the Whites at the beginning of the season placed the Andalusian in a

was far from his best moment and

did not live up to expectations, so the future of the center of defense continued to depend on Ramos. The one with

He bet hard, but time has given and has taken away reasons.

As this newspaper was able to confirm, before Christmas the footballer assured the club that if it was not possible to renew for two years, he would leave.

It was a meeting, a talk, a conversation (call it what you want)

face to face between Florentino and Ramos

, the main and almost unique actors of this game.

" as both are always called.

They will meet again, for sure.

Ramos rejected that first one-year offer with a salary cut, which has been made to everyone over 30 on the staff, and the professional relationship died there. There were no more movements by Madrid. Ramos, whose surroundings began to tempt the managers of

, expected a reaction from the club that never came and was injured. As if that were not a little misfortune, the center-back

and relapsed from his knee problems, disappointing the noble zone of the Bernabéu and putting the first foot out. from the stadium. His absence broke all the schemes and settled the idea of ​​the future project of the Chamartín group: Militao exploded,

performed at the highest level, the signing of

and the club withdrew a renewal offer that the captain, on the horn, ended up accepting

“A week ago they told me it had expired.

I was surprised, "Ramos himself acknowledged at yesterday's press conference, in which Florentino was not by his side, something that the central defender would have liked.

The Andalusian clarified, from his point of view, some of the doubts of recent months: "I have never wanted to leave Madrid", "

money was never a problem

, it was a matter of years of contract, I think I have won "," I do not want confrontations "... And a resounding" sooner or later I will return. "

In the Madrid directive there has been some debate regarding the decision. Among Florentino's strongest men there were votes for and against the renewal, which has caused some

in recent weeks. Some voices considered that losing Ramos after

still in the fan's mind was not the best idea, even more so when the

will be released in a few months

will be the greatest icons of that historical moment that Florentino has been waiting for years.

It is his great work and he sees himself with the strength to assume it without Cristiano, without Zidane and now without Ramos, the three great exponents of his second term.

On the other side of the president's table, others trusted, and trust, in the necessary change of scenery that the dressing room needs and in the project of young promises, with Militao now leading the defense.

The same project for the future that blew up part of

In addition, the negotiations for the salary reduction for this course have been one of the main points of friction.

Some considered that Ramos, who has seen his friends

, has not played in favor of the club in that management.

LaLigaZidane schedules a meeting for its future: "I'm going to talk to the club quietly"