NBA star LeBron James of the LA Lakers is furious at the league's game schedule and says that the short game break after last season is the reason why many players injured themselves during the ongoing playoffs. 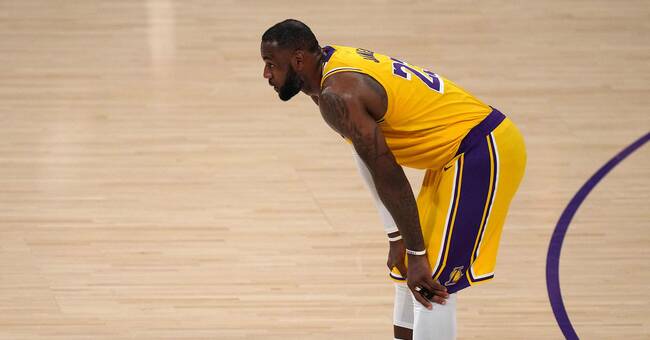 "They did not want to listen to me about the start of the season.

I knew exactly what was going to happen.

I just wanted to protect the players' well-being (...) These injuries are not just 'part of the game'.

They are caused by the lack of rest before starting to play again.

The NBA season kicked off in December, just 72 days after last season's final game was played, when James and his Lakers took home the victory.

On Wednesday, LA Clippers Kawhi Leonard, during a quarter-final meeting with the Utah Jazz, became the latest player to injure himself.

According to American media, Leonard can at least miss the rest of the quarter-final series - the score is 2-2 and you play the best of seven.

Earlier in the playoffs, Lakers Anthony Davis and Brooklyn Nets' Kyrie Irving and James Harden, among others, suffered injuries, as did LeBron James himself.

The NBA Finals are in full swing.

The Utah Jazz or LA Clippers will face the Phoenix Suns in the semifinals of the Western Conference.

On the East Coast, quarterfinals are played between the Philadelphia 76ers and Atlanta Nuggets, as well as between the Milwaukee Bucks and Brooklyn Nets.

MORE BASKETBALL: The expert's guide to the European Basketball Championships