The European Football Association (UEFA) said that several people are being treated for injuries caused by a protester who jumped with a parachute at the Allianz Arena before the start of France's 1-0 victory over Germany at Euro 2020. 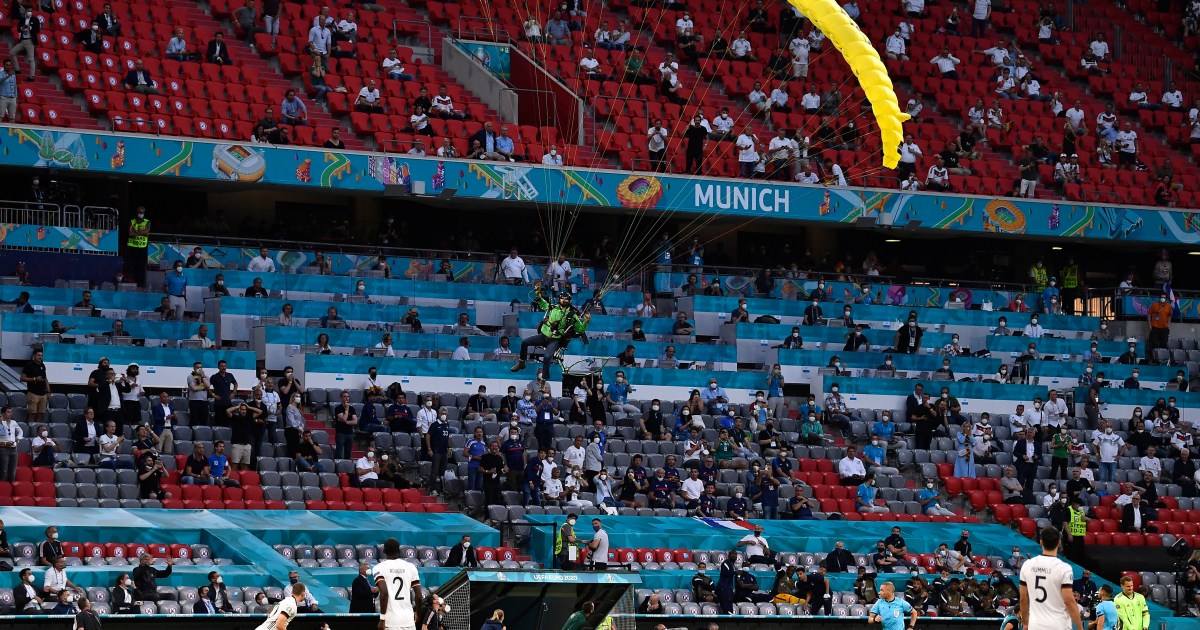 The European Football Association (UEFA) said that many people are receiving treatment in hospital for injuries caused by a protester who parachuted into the "Allianz Arena" in Munich, before the start of the match that France won 1-0 against Germany yesterday in the European Championship (Euro). 2020).

The protester jumped with the umbrella that read "Green Peace" - in reference to the "Greenpeace group" that defends the environment - to the stadium, which led to a brief delay in the start of the match.

The paratrooper entered the field at a steep angle, seeming to stumble upon a thick rope as he entered, as he struggled to regain control of the parachute, before landing hard on the side of the field where the players were waiting to start the match.

Can't believe I just caught this on video.

Parachuted into the stadium, got caught in the spider cam and nearly crashed into the crowd.

"UEFA and its partners are fully committed to the sustainability of Euro 2020, and many initiatives have been implemented to offset carbon emissions," the statement continued.

"Fortunately the match was not affected by such a reckless and dangerous act, but many people were injured nonetheless."

France coach Didier Deschamps, who was seen walking away from a large piece of equipment near the bench, said he had suffered a "minor bruise".