Fight against racism: the Blues united but without knee to the ground in this Euro-2021

The Blues had announced their intention to drop to one knee on Tuesday before the France-Germany match to protest against racial discrimination. They ultimately did not. An r ... 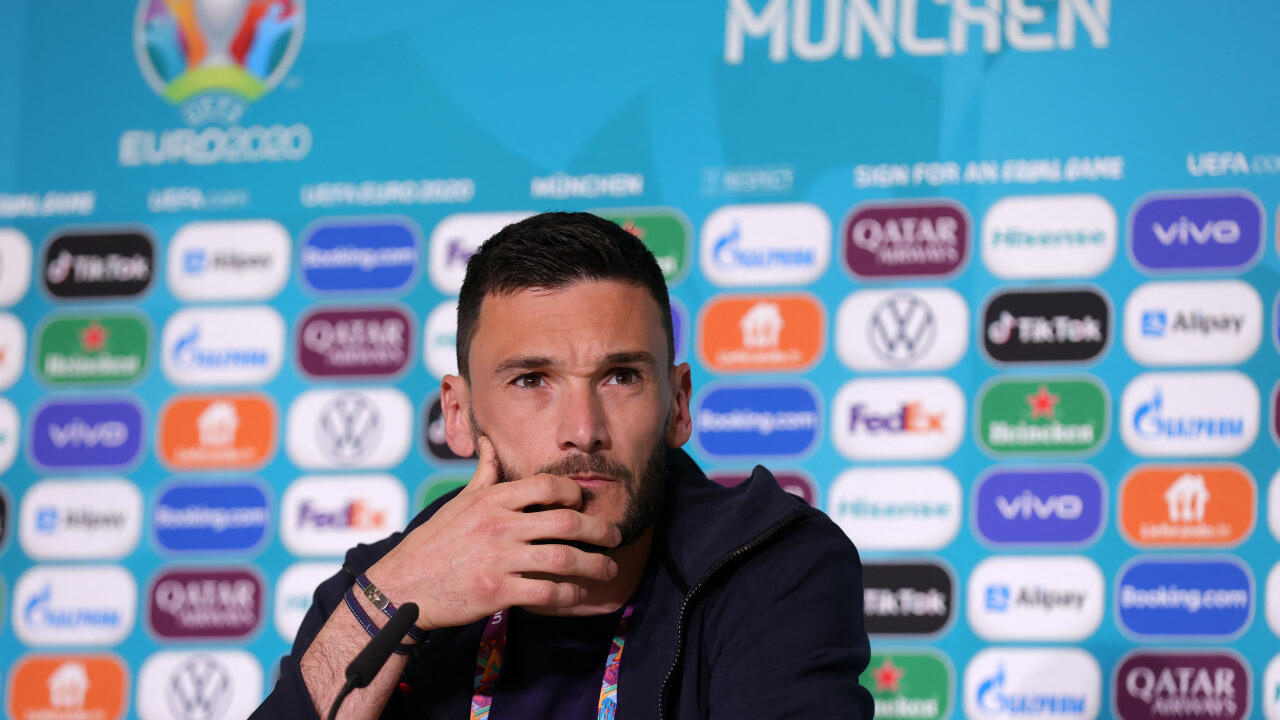 Before facing Germany at Euro-2021, Tuesday, June 15 in Munich, French captain Hugo Lloris said at a press conference that the France team was expected to kneel down.

But the match won by the Blues (1-0) finally started without this gesture intended to protest against discrimination.

The French goalkeeper returned to this choice after the meeting.

"The knee on the ground, it was a collective decision. We assume that if we have to do it, all the nations must do it with the support of UEFA," said Hugo Lloris, at the microphone of RMC.

"This is the case in the Premier League, where the movement has been together and united. In this competition, it is less the case."

"It does not mean that we do not support the cause, above all we do not want racism in our sport and in society. We see more British players doing it because it is in the launch of their championship. there is no debate, we are all together in the decision, "added the captain.

The Blues have already made this gesture during the friendly match against Wales in early June.

It is inspired by that of Colin Kaepernick, the former NFL player, to denounce racism and discrimination.

This symbolic posture was subsequently taken up by the Black Lives Matter movement, born in the United States after the death of George Floyd, killed by a white police officer in 2020.

The players of the Belgian team also did so on Saturday before the Euro match against Russia.

The Russian players remained standing on the other side of the central circle, while the "Red Devils" initiative was greeted by whistles from the stands of the St Petersburg Stadium.

Belgian player Romelu Lukalu kneels down before the game against Russia on June 12, 2021 in St. Petersburg.

Days earlier, the England squad were also booed by part of the audience at Middlesbrough when they knelt ahead of the friendlies against Austria and Romania, but the whistles were drowned out by applause from the rest of the spectators.

Premier League players have gotten into the habit of going down on one knee before games.

Hungarian Orban does not want this gesture

"If you don't understand what that means (knee down) and the cause behind it, it's really, really disappointing," striker Raheem Sterling said on talkSPORT radio in response to these comments. whistles.

His teammate Luke Shaw assured that the team had no plans to back down.

"We talked about it, we all chose what we wanted to do, we all agree that we have to keep kneeling," he said.

"We will continue to do it, we believe in it and we will not stop."

England's players drop to one knee during the match against Romania on 6 June in Middlesbrough.

In a Hungary-Ireland friendly on June 8, the Irish were whistled when they took that posture at Ferenc-Puskas Stadium.

After the meeting, the Hungarian Prime Minister even stood up for the spectators.

This gesture symbolizing the fight against racism "has no place on a sports field", declared Viktor Orban, known for his stance against immigration.

"It is not a solution" to bring such a moral and historical "burden" in a country like Hungary which "has never been concerned with the slave trade", he said.

After the meeting, Ireland coach Stephen Kenny, for his part, deemed the boos "incomprehensible" and "damaging" to the reputation of the country.

"It is disappointing and it is not to the credit of the Hungarian supporters", he had reacted.

Critics from the right and the far right

In France, the announcement of the Blues had sparked reactions and comments from all sides before the kick-off of the match against Germany. Right-wing and far-right politicians criticized the Blues' intention to drop to one knee on Tuesday. "Will they also kneel down next year at the World Cup in Qatar to pay tribute to the more than 6,500 immigrant workers who died on the construction of the stadiums of shame?", Retorted the number 2 of the Rally National (RN), Jordan Bardella, on Twitter.

"Black Lives Matter is a drama (...) which happened in the United States", "with the American police", not with the French police, who "never had these abuses", asserted on Europe 1 Thierry Mariani, RN candidate for regional Paca.

The former number 2 of the RN, Florian Philippot, described on Twitter the intention of the Blues of "shame" and the Black Lives Matter movement of "sponsored thing to raise tensions, break peoples, divide them, maintain them in resentment, weaken them! "

At Les Républicains, the deputy Eric Ciotti called on the French team to "recall its support for our police", deploring that it did not put one knee to the ground "for the victims of Islamist terrorism or the murdered police officers by barbarians ".

The ex-LR Christian Estrosi, mayor of Nice, asked on Cnews to the France team "to say very clearly that it can in no way be interpreted as a gesture towards the magnificent action that the internal security forces carry out in France ".

"Recognition in relation to an injustice"

Asked by RMC Sport, the boss of the French Football Federation (FFF) Noël Le Graët had defended the France team, saying he was "very favorable" to this gesture, seen as "recognition of an injustice".

"That our young players become aware of these difficulties, I find it very honorable and intelligent on their part," insisted the former socialist mayor of Guingamp.

On the left, LFI MEP Manon Aubry said he was "proud of our France team, which is committed against racism and discrimination".

"The surge of hatred from the far right which launched the hashtag #BoycottEquipeDeFrance shows how right the blues are to mobilize!", She added in a tweet.

There is "need for the sports movement and its commitment" against racism, for his part stressed the Minister of Sports, Roxana Maracineanu, Tuesday on franceinfo.