Bertens stops: 'I am proud of the growth I have experienced as a person'

The relief radiated from Kiki Bertens when she announced on Wednesday that she would stop after this season. The 29-year-old Westland, who has been struggling with pain in her Achilles tendon for a long time, can't wait for life without tennis. "I'm ready to fill my life in a different way." 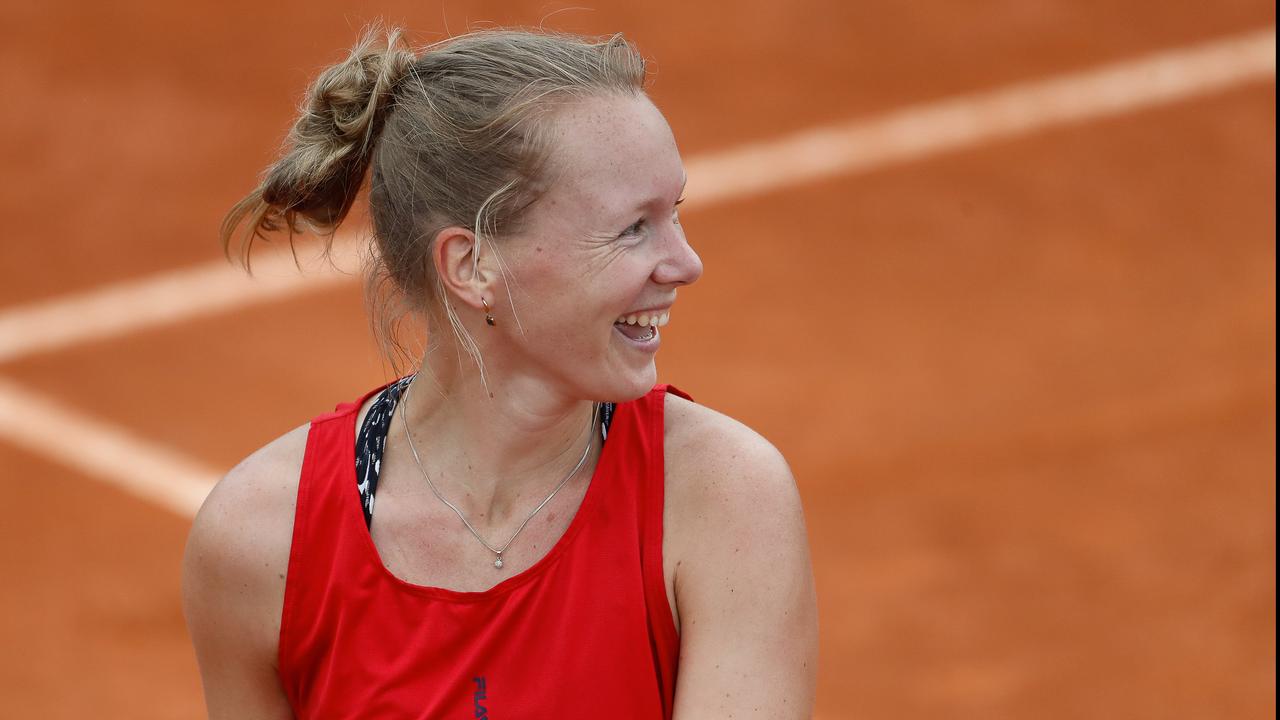 The relief radiated from Kiki Bertens when she announced on Wednesday that she would stop after this season.

The 29-year-old Westland, who has been struggling with pain in her Achilles tendon for a long time, can't wait for life without tennis.

"I'm ready to fill my life in a different way."

It would become a 'normal' press moment at the training complex in Etten-Leur, where Bertens would look ahead to the grass season and the Olympic Games after a difficult period.

It soon became clear that the Westland woman had more to say, after which she pulled out a letter with a preconceived text and announced her farewell with a sob in her voice.

The moment came as a surprise, but it was a message that everyone could see coming.

Bertens never had the ambition to continue until late in her thirties, she continued to suffer from her Achilles tendon and during the corona crisis she experienced a life without tennis, which suited her more than well.

Her elimination in the first round of Roland Garros proved to be the last straw.

"I am not sad now, but I feel relief. After Roland Garros it was like: okay it has been nice. It is ready, time for something new. I have said that more than once after a difficult game, but now I still have it. I thought about it for a few days and I stayed with it that it was beautiful," said an emotional Bertens on Wednesday.

"A lot of people are probably going to like it, but I'm going to try to put that aside as much as possible. I mainly wanted to listen to my own feelings and not be influenced too much by others. This is the best choice for me and that's what counts for me right now."

Kiki Bertens, who won the WTA tournament in Madrid, among other things, is looking forward to a life without tennis.

Kiki Bertens, who won the WTA tournament in Madrid, among other things, is looking forward to a life without tennis.

Bertens proud of development as a tennis star

Bertens was a late bloomer, but achieved great success from 2018 and managed to settle in the world top by becoming the first Dutch tennis player to ever reach fourth place in the world ranking.

With titles in Madrid and Cincinnati, a semifinal place at Roland Garros and a quarterfinal at Wimbledon, Bertens can look back on a very fine career, but those performances are not the most important thing for her.

"I am most proud of the growth that I have made as a person. From someone who already hated playing for five men, to someone who is in full stadiums, has won tournaments and achieved many more beautiful moments Bertens said.

"Without tennis I would never have come this far in life and the person I am today. But if you do this for so many years it's also like: okay there is a life after this. I'm ready to live my life in a different way than I am doing now."

During the corona crisis, Kiki Bertens, here with her coach Elise Tamaëla, found out that she would like life without tennis.

During the corona crisis, Kiki Bertens, here with her coach Elise Tamaëla, found out that she would like life without tennis.

'I was able to taste life without tennis'

Bertens already took the first step towards the decision that she communicated on Wednesday when the corona pandemic set in.

Tennis tournaments around the world were canceled en masse and so the leader of Dutch tennis was at home for months, where she was engaged in puzzles.

"As a result, I have already been able to taste life without tennis. Somehow I liked it very much, but maybe it was also a pitfall. I have to be so honest. Before the corona crisis I was in great shape. hadn't come, you never know what would have happened."

"But I am glad that I will no longer have to ask the utmost of myself every day," continued Bertens.

"That I no longer have to keep pushing and that everything is possible. That part is very nice. Spending time with my family and friends is also possible with tennis, but then you always have to agree on everything strictly. Now I am more free in that."

Bertens will play three more tournaments in 2021: the grass tournament in Eastbourne (next week), Wimbledon (June 28 - July 11) and the Olympic Games in Tokyo (July 23 - August 8).

Although the current number twenty in the world still does not know whether her Achilles tendon will last in the coming months, she is looking forward to the last months of her career.

"Perhaps a burden will be lifted from my shoulders now that I made this decision. I want to close it for myself in the best possible way and put all my energy into the coming tournaments. I still want to fight for the Games and as the body If it keeps well, I will see if I still want to and can continue.