Video- Messi records and celebrates the same way as Maradona 34 years ago. Honoring the legend gets 3 million views

Argentina did not succeed in beating Chile in the Copa America football championship; But Albiceleste fans had a celebration for Lionel Messi's superb goal, which reminded them of their late icon, Maradona, who was honored by the organizing committee and Messi. 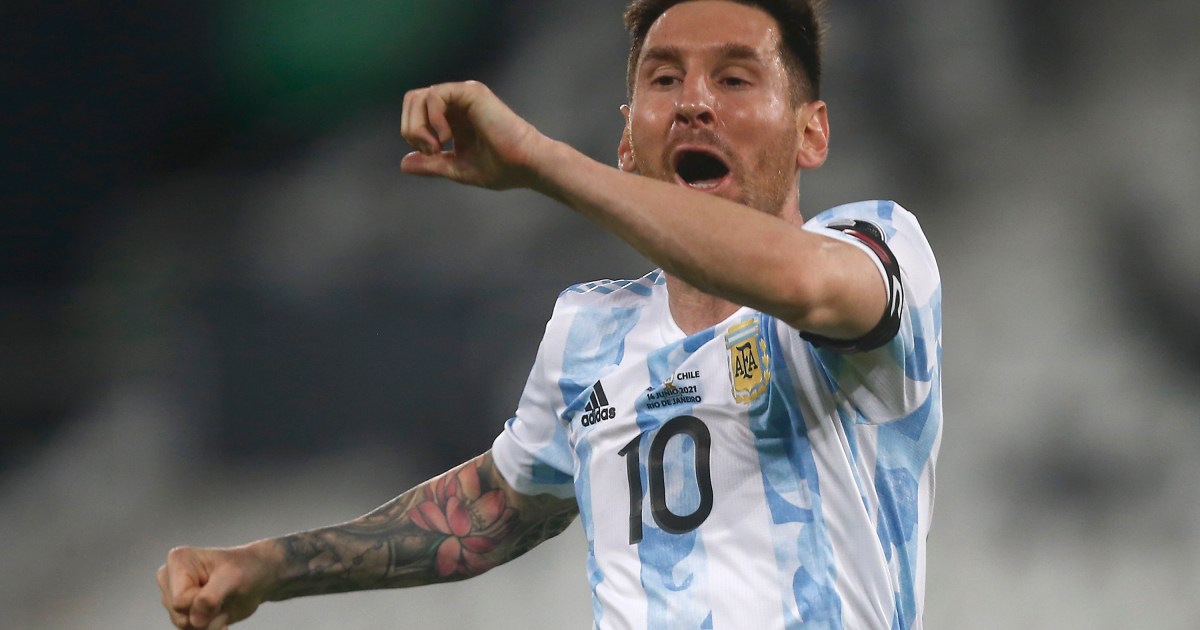 Argentina failed to beat Chile in the opening match of the two teams in the Copa America football tournament;

But the Albiceleste fans had a celebration for Lionel Messi's superb goal, who reminded them of their icon, the late Diego Maradona, who received another honor before the match.

In the 33rd minute, Messi scored a wonderful goal from a direct free kick against Claudio Bravo.

It was very similar to Maradona's goal in Copa America in 1987 against Ecuador.

Messi also celebrated his goal in the same way that Maradona celebrated 34 years ago, running, jumping and hitting in the air.

Maradona's wonderful goal from a direct free kick against Ecuador.

The goal was important to Messi because it made him Argentina's all-time leading scorer, with 39, surpassing former scorer Gabriel Batistuta by one.

Maradona received a special honor before the Argentina-Chile meeting, where the organizing committee of the tournament in Brazil presented a distinguished show of the late legend using modern technologies, in the stadium that hosted the match to the tune of “Life Is Life” music.

And the official account of the Copa America, on Twitter, published the video of the show, achieving more than 3 million views, and it was shared by global sports accounts on social media, and a large number of fans and fans of the Argentine star around the world interacted with him.

The show included videos of Maradona, including him embracing Brazil legend Pele in a previous meeting between them, in addition to some words from the late Argentine, and the most prominent videos shown were Maradona's legendary goal from the middle of the field.

It is noteworthy that the match ended in a 1-1 draw between Argentina and Chile.