Shelby Houlihan is suspended for four years after testing positive for anabolic steroids. The American Olympic hopeful misses the games in Tokyo - but claims that she is innocent. - I feel betrayed by the sport I love, says the runner. 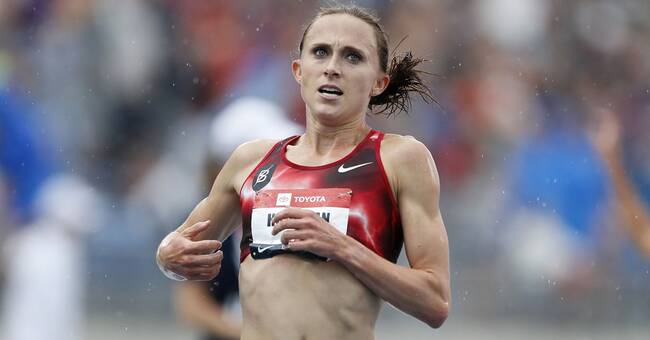 The 28-year-old won the competitions in both 1,500 meters and 5,000 meters during the American Athletics Championships 2019 and was seen as a major medal candidate before the Tokyo Olympics.

But it will not be an Olympic game for Houlihan.

The American runner announces in a statement that the international anti-doping agency Wada's test samples showed traces of the anabolic steroid nandrolone.

Houlihan claims that she is innocent and that the positive test result may have been due to her eating pork.

"I have done everything I could to prove my innocence.

I passed a lie detector test and had a toxicologist take a hair sample from me ", she writes.

Houlihan, who competed in the Olympics in Rio 2016, says that the suspension shattered her dreams of both the Tokyo Olympics and the summer games in Paris 2024.

"I am overwhelmed, broken, angry, confused and feel deprived of the sport I loved and lost myself in. I have never taken performance-enhancing substances," she writes.