Euro-2021: against Germany, France in the costume of the favorite

Finalist of the last Euro and reigning world champion, the France team is expected at the turn on Tuesday for its first match of the competition. Facing Mbappé and his teammates stands the A… 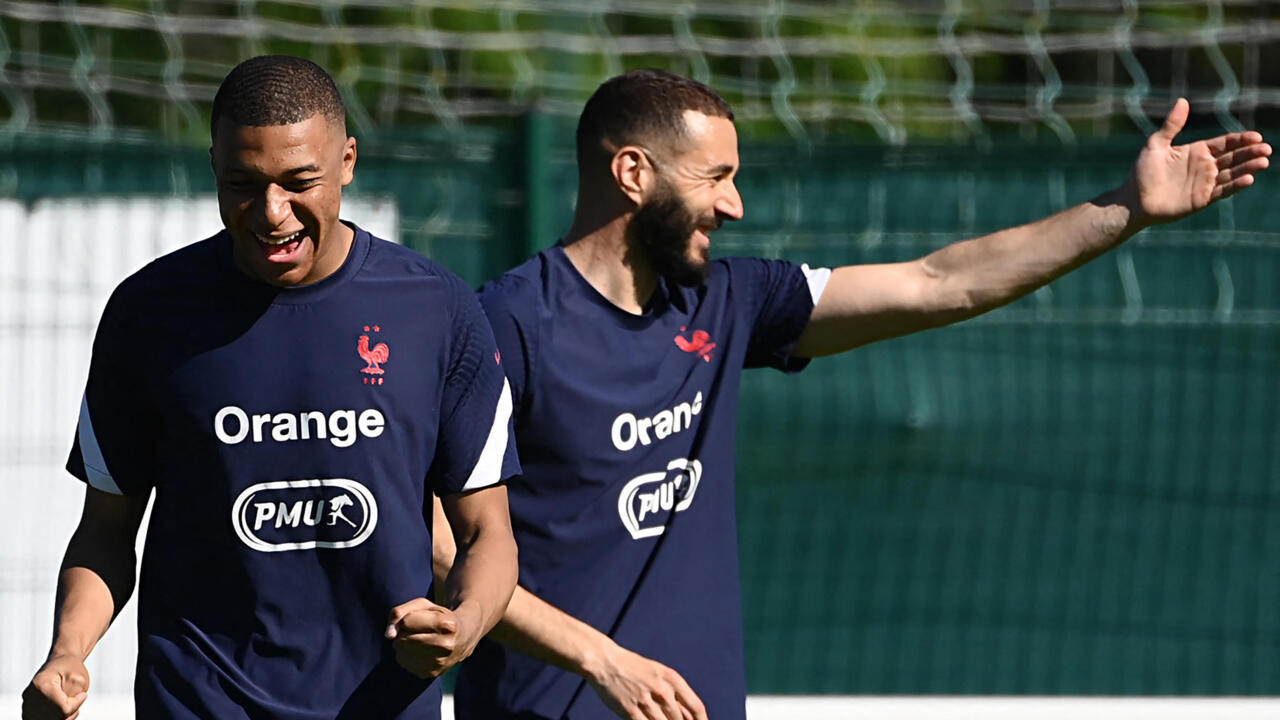 France is preparing to start its Euro-2021 with a hearty entry, Tuesday, June 15.

In Munich, the Blues must swallow Germany, a nation rarely considered an appetizer during a football competition.

Arriving in the posture of the favorite, the France team will have to be careful not to have eyes bigger than their stomachs.

Attacking the German entry summit offers in any case a very different perspective from that seen at the opening of the 2018 World Cup against Australia or that of Euro-2016 against Romania, two teams with a more modest pedigree.

The men of Didier Deschamps, in full confidence, must assume their status as favorites.

The midfielder, carried by Paul Pogba and N'Golo Kanté, man of the last four of the Champions League, is just as much.

Write my name in Blue,

Call out my name in Blue!

"I do not want to run away from this favorite status that we share with other nations. But it does not guarantee us anything. For some, we have not yet entered the field that we have already won. far from being the case, "warned Didier Deschamps in the columns of the Team.

Europe awaits France at the turn

Selectors, commentators, players ... Football Europe is unanimous: France can only be the favorite.

The Blues therefore have "the sign", according to the expression used by cyclists.

Additional weight that can be heavy to carry.

History encourages us to be wary of this pedestal. In 2002, Roger Lemerre's men landed in South Korea in the same costume: reigning world champions (1998), reigning European champions (2000), the top scorers in the French championships (Djibril Cissé), English (Thierry Henry) and Italian (David Trezeguet). The following ? A Bérézina with an elimination in the first round without any goal scored.

Opposite, the men of Joachim Löw find in the posture of favorite of their opponents a surplus of motivation.

Defender Antonio Rüdiger kicked off the match at a press conference saying that in the face of these "very strong" attackers, Germany will have to be ready to "just be dirty, not always nice, nice, nice" because we can't " always trying to get by with good football. Against players like that, you also have to send a message ... and early, "he said.

Against players like that, you also have to send a message ... and early.

Asked about this veiled threat from the one who injured Kevin de Bruyne in the Champions League final, Mbappé responded at a press conference on Sunday.

"Everyone fights with their weapons. Our weapons are to play our football together. If their weapons, that's it ..."

For the Germans, it will be a question of taking their revenge for the semi-final of five years ago, won 2-0 by the Blues in Marseille.

And also to move away the atmosphere of the end of reign around the Mannschaft, with a coach Joachim Löw whose last competition after 15 years in office.

Is France its worst

Still, France could well be its worst enemy.

With a cookie-cutter statement after the victory against Bulgaria (3-0), Olivier Giroud blurred the image of the band of friends on a mission to bring the cup home that stuck to the Blues since the World Cup -2018.

"Sometimes we do the shopping but the balls do not arrive. Afterwards, I do not always pretend to make the right calls, but I tried to give solutions in the box," the Chelsea striker had squeaked. without explicitly targeting Kylian Mbappé.

The remarks were widely dissected by the specialized press, happy that a psychodrama agitates the usually smooth communication of the France team, which more is indirectly including Benzema, whose return threatens in fact the former status of holder of Giroud.

Claiming to be "affected" by Giroud's reproaches, the Bondy prodigy nevertheless wants to turn the page.

"We have a great competition and it is not small trifles that will disrupt our preparation. We have a common goal, of which me and him are part," said Kylian Mbappé.

"We are 48 hours away from a very important match, moreover I'm surprised that no one asked me questions about the match ..."

To start its first round well, the French team will also have to fight against history: since the establishment of the group stage in 1980, Germany has never lost its first match in 10 participations.

In the event of victory, all will certainly be forgiven.