3 strikes that shook confidence in the German "machines", most notably 6-0

The German national football team is going through a crisis of confidence before facing its French counterpart, the "world champion", today (23:00 UAE time), in the opening of their campaign in the European Nations Cup "Euro 2020". a lot of weight 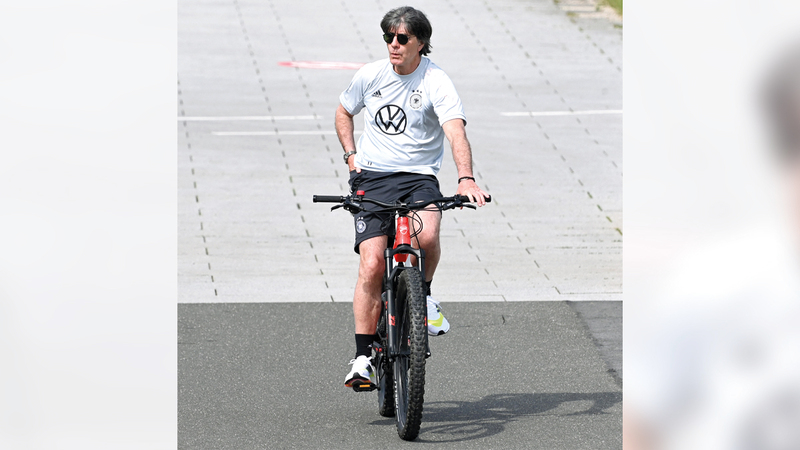 Love caused many crises..and is still on the job

3 strikes that shook confidence in the German "machines", most notably 6-0

The German national football team is going through a crisis of confidence before facing its French counterpart, the "world champion", today (23:00 UAE time), in the opening of their journey in the European Nations Cup "Euro 2020" for football.

The "Manschaft" suffered two things in the past three years, which lost a lot of the weight of the team, which has always terrorized the world with strict tactics, as it scored shocking numbers in the World Cup Russia 2018 by bidding farewell to the tournament from the first round, then to the bottom of its group in the European Nations League season 2018-2019, and received A catastrophic loss against Spain 0-6 last November, and the most prominent fall was its awful defeat at home against the submerged North Macedonia 1-2 in March 2021 in the European qualifiers for the World Cup 2022.

Despite the sharp decline in the level of the German national team, the strategic mechanism of action still protects the German coach Joachim Loew from the guillotine, as he continues as the coach of the "Manschaft" until the end of his contract officially at the end of the European Championship.

Loew, who has remained in office for 15 consecutive years, is trying to restore the prestige of his country and win a major championship title in the same way that he led him to win the 2014 World Cup in Brazil, and at that time he presented the most wonderful picture of German football with high footballing arts, especially as he defeated Brazil at home and among its fans in a stadium Maracana 7-1 in the semi-finals.

Fans of the German national team fear a new failure of Loew’s squad, especially since the latter plays in a 3-5-2 style, which makes the French team’s task easier to penetrate the German defense, which recently scored very weak numbers, especially since veteran goalkeeper Manuel Neuer received 20 goals in His last 13 matches.

It is noteworthy that the German national team fell in the current European Nations finals in the group of death along with Portugal, France and Hungary.

1- The catastrophic failure in the World Cup Russia 2018 and his exit from the first round.

3- The disgraceful defeat at home against North Macedonia in the 2022 World Cup qualifiers.

To view the latest news, photos and the most important meetings expected in the continental championship "Euro 2020",