Euro: what did the Blues do in the "death groups"?

While the hen of the Blues for Euro 2020 is presented as particularly raised, Europe 1 takes stock of the course of the France team when it found itself in "death groups". during previous European Championships. &amp; nbsp; 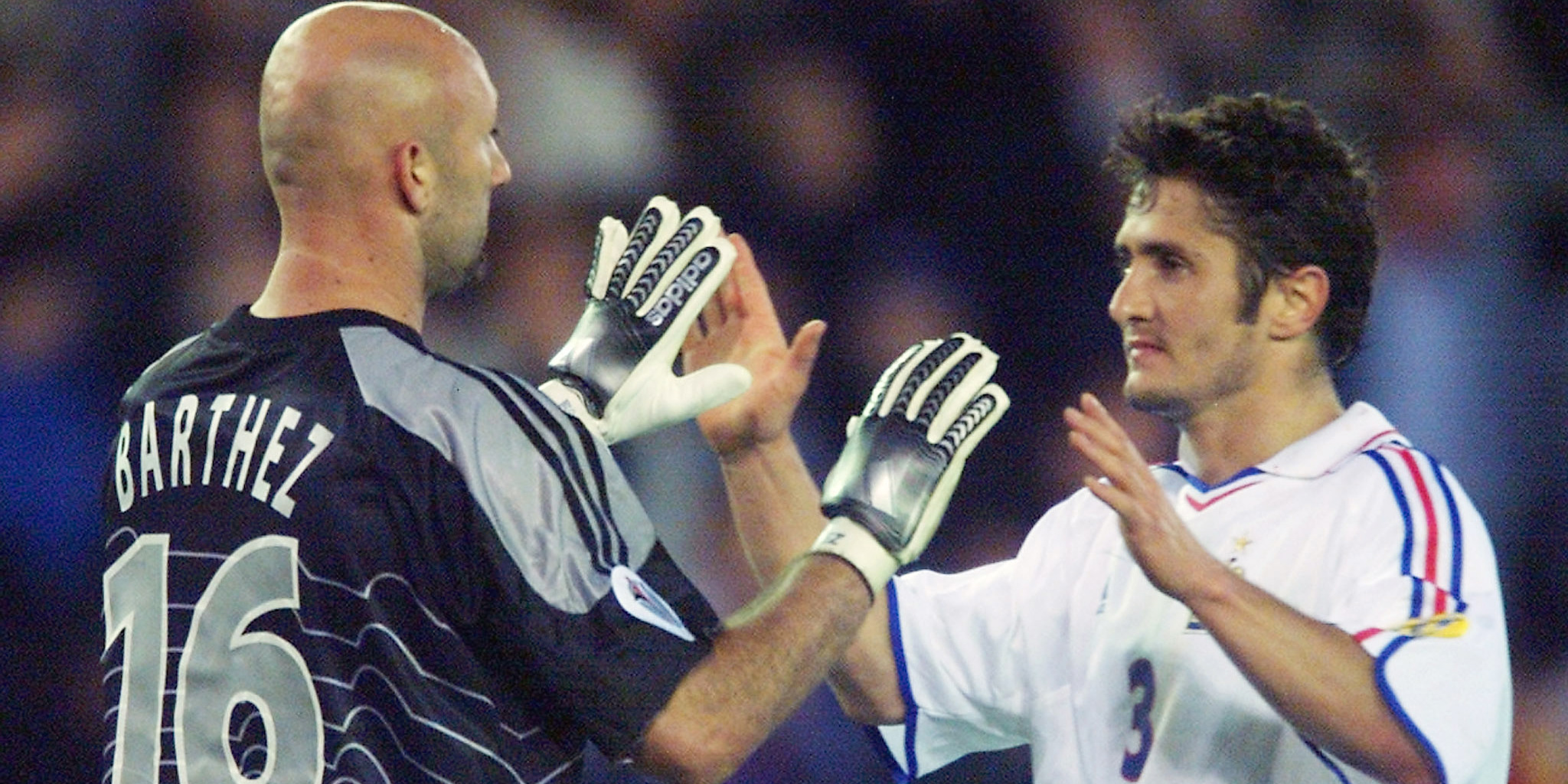 While the hen of the Blues for Euro 2020 is presented as particularly raised, Europe 1 takes stock of the course of the France team when it found itself in "groups of death" during previous championships from Europe.

Germany, a team used to European summits and in full reconstruction, Portugal, reigning European champion, France, 2018 world champion, and Hungary. As soon as the draw of the group of Blues for Euro 2020 - postponed to 2021 due to the Covid-19 health crisis - was known, many commentators gave it a very frightening expression: that of "group of death". Concretely, it is about a pool in which the number of synonymous qualifying places - here, the first two of the group, plus, possibly, a "best third" - seems lower than the number of favorites it includes. Should we then be worried about the France team? To find out, Europe 1 looked at the course of the Blues in 2000 and 2008,other years when fate had placed them in "death groups".

For the first time in their history, the Blues are entering a European Championship with the status of world champions.

And the fate is not soft with the France team, already led by Didier Deschamps, but as captain: in group D, it has to face the Netherlands, semi-finalists of the 1998 world, Denmark, quarter of finalist of the same competition, and the Czech Republic, led by a golden generation.

Against Denmark, things started very well for Roger Lemerre's men: thanks to goals from Laurent Blanc, Thierry Henry and Sylvain Wiltord, they won 3-0.

They then move on against the Czech Republic (2-1), before bumping into the Netherlands, one of the host countries of the Euro (2-3).

With six points, the French team therefore finished second in their group and qualified for the quarter-finals.

The rest of its career is history: successively beating Spain, Portugal and Italy, France is the first country to successively win the World Cup and the Euro.

In 2008, the Blues are no longer world champions, a title ceded to Italy in an incredible 2006 final, marked by the famous "blow of the ball" of Zidane.

Now trained by Raymond Domenech, the French compete for the Euro hens in Group C with Romania, the Netherlands and… Italy.

The France team begins the competition with a worrying draw against Romania, the group's weakest opponent on paper (0-0).

It then loses against the Netherlands (1-4), taking its heaviest defeat in official competition since 1968 ... And the dynamic is not reversed against the Italians: after the expulsion of Abidal, causing a penalty before half an hour of play, the Blues lose 2-0 and leave the Euro by the back door.

Questioned immediately after this last defeat, Raymond Domenech announces on M6 his project to… ask his partner in marriage. Lilian Thuram and Claude Makélélé, 1998 world champions, are retiring internationally.