The former Syrian football star in the eighties of the last century, and a member of the current board of directors of Al-Hurriya Club, Abdul Latif Al-Helou, revealed three obstacles facing the aspirations of the Syrian team to repeat the victory over the Chinese team, in the meeting that brings together the two teams at the end of the first group matches of the stage. 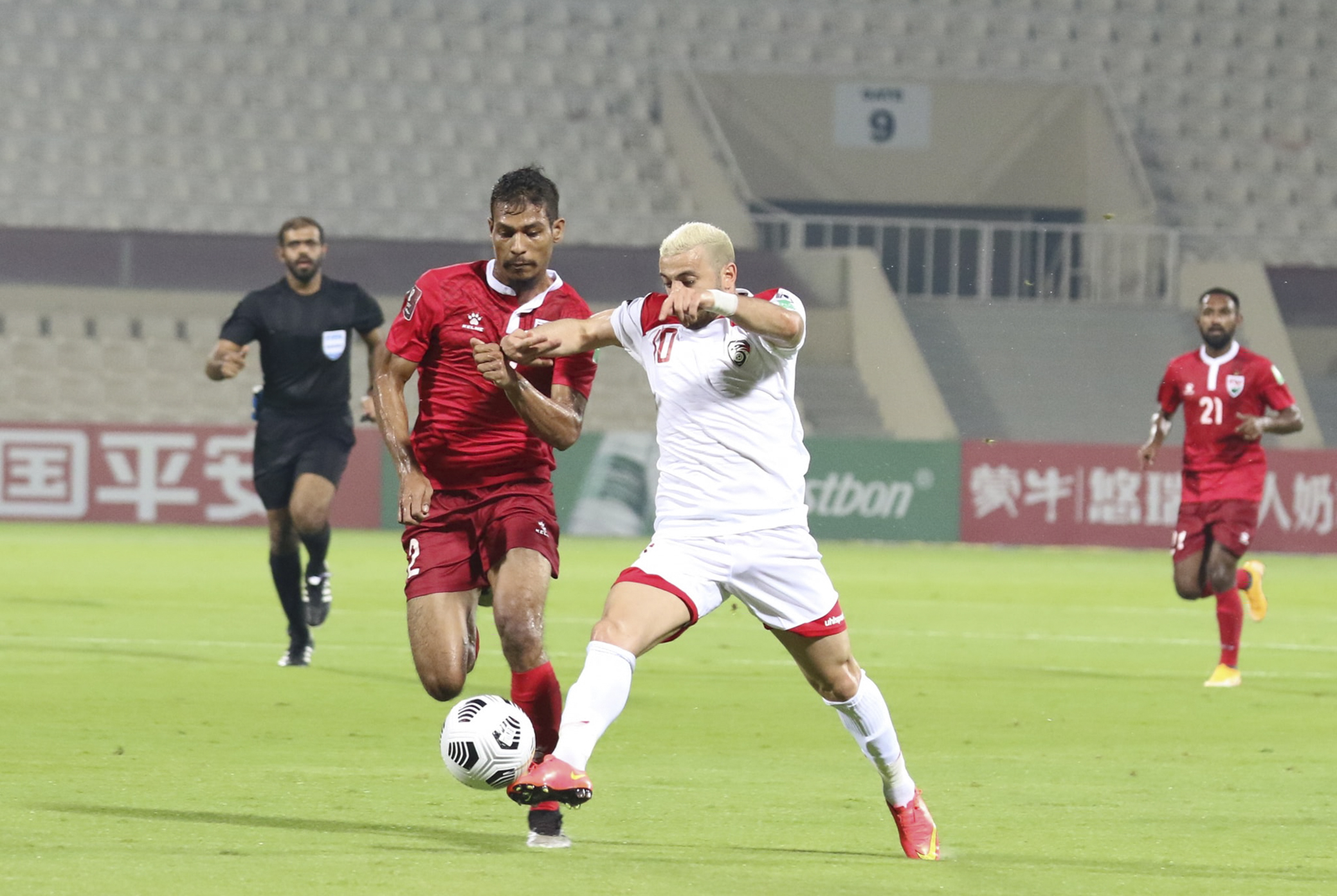 The former Syrian football star in the eighties of the last century, and a member of the current board of directors of Al-Hurriya Club, Abdul Latif Al-Helou, revealed three obstacles facing the aspirations of the Syrian team to repeat the victory over the Chinese team, in the meeting that brings together the two teams at the end of the first group matches of the second stage in the qualifiers. The double Asian qualifiers for the 2022 World Cup and the 2023 Asian Cup, which will be held at the Sharjah Club Stadium, most notably the absence of the expert playmaker center in the current “Nour Qasioun” squad, along with the large number of injuries, the last of which is the possession of a promising group of elements that did not have enough opportunity to find the homogeneity factor among them.

Al-Helou told Al-Emarat Al-Youm that: "Despite the comfortable lead of the Syrian team, ensuring qualification for Asia 2023, and the third stage of the 2022 World Cup qualifiers, "Nour Qasioun" is facing a difficult test against the Chinese team, which is supported by high-class naturalized players. ".

He added: "Several obstacles cannot be ignored, despite the great results we achieved in the Sharjah matches against the "Maldives" and "Guam", and its presence in the China meeting will impose the influential absence of big stars from the main squad due to injuries, followed by the absence of the influential playmaker who is able to accelerate The pace of the game and the attackers with the required momentum."

He continued, "The current list includes young and promising stars who have proven themselves responsible, but they suffer from a lack of friendly matches and foreign camps compared to the rest of the other teams, which imposed their presence in terms of the lack of the factor of harmony among them, which is the same problem that can be imposed Its presence again in the third stage, even when the injured return and the enrollment of professional players abroad of Syrian origin is complete.

He explained: "Without obtaining external camps and strong friendly meetings that achieve harmony between the elements of the team, it will leave us vulnerable in the third and next stage of the World Cup qualifiers, to facing the possibility of not being able again to achieve the dream of reaching the World Cup, especially as we will face strong, more organized and prepared teams than the teams. We faced each other in the first and second rounds of the qualifiers.

He concluded: "It is not possible to escape from realism in football, and without providing a factor of harmony and a sufficient amount of friendly matches with teams with achievements on the world stage, we will unfortunately bet on the factor of enthusiasm and impulse that has always led us to reach advanced stages in the Asian championships, but it is It was not enough for Nassour Qasioun to qualify for the World Cup finals, in the same way as our sad farewell to Australia in the playoff qualifiers for Russia 2018.

It is noteworthy that the Syrian team leads the first group teams with a full score and a balance of 21 points, seven points behind the Chinese team, and "Nissour Qasioun", despite the absence of an impact injury, seeks to confirm their leadership of the group and repeat their victory in the first leg against China with a score of "2-1", while holding on " "Chinese Dragon" with his last hope dependent on untangling the knot against the Syrians that has accompanied him since the last World Cup qualifiers in Russia 2018 and was the reason for his denial of qualification.