France faces Germany on Wednesday June 15 during the first day of the group stage of Euro 2020. The opportunity for Europe 1 to return to this rivalry still so strong today. In this second episode, focus on the two coaches, Joachim Löw and Didier Deschamps, both crowned world champions. &amp; Nbsp; 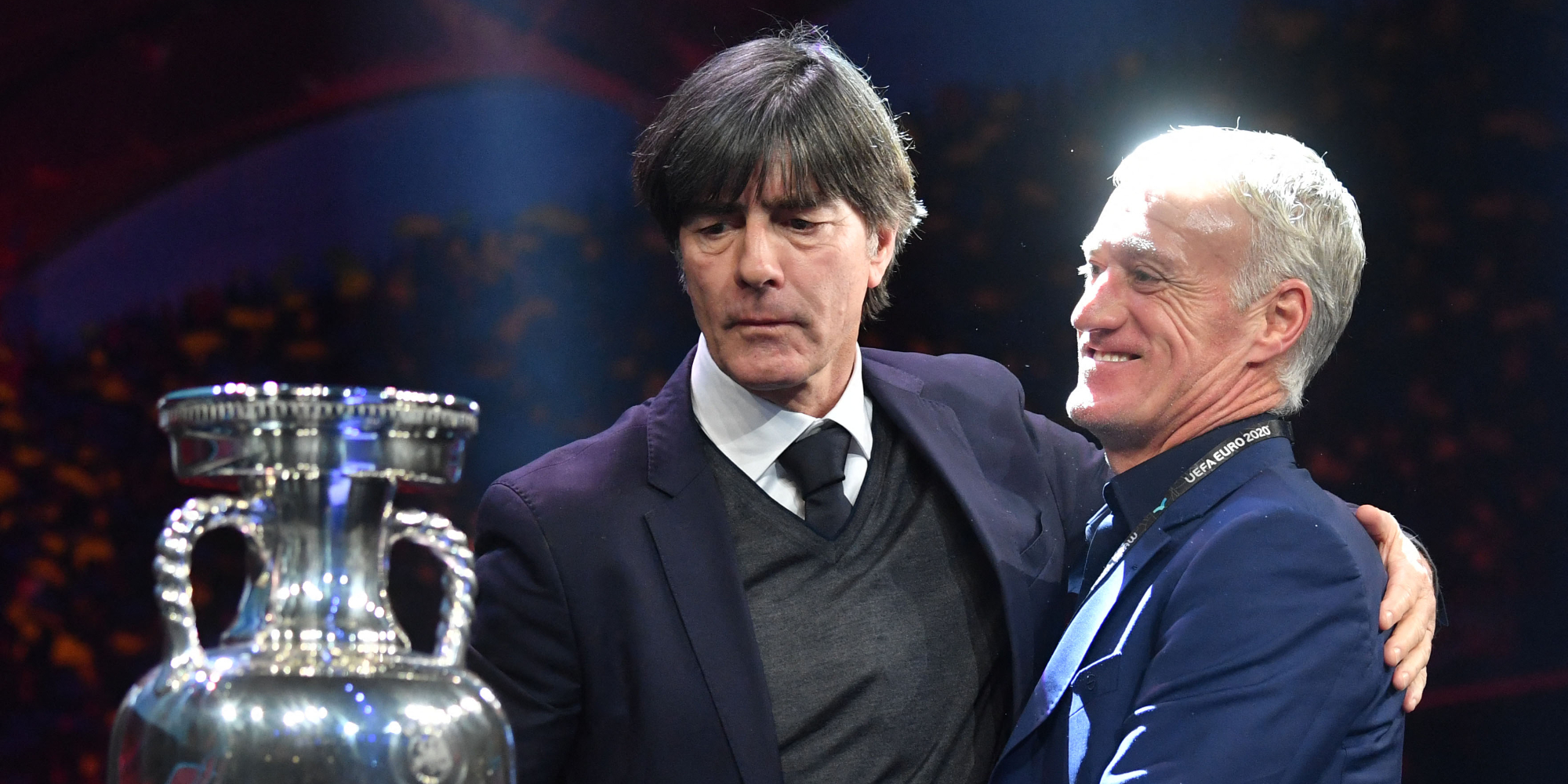 France faces Germany on Wednesday June 15 during the first day of the group stage of Euro 2020. The opportunity for Europe 1 to return to this rivalry still so strong today.

In this second episode, focus on the two coaches, Joachim Löw and Didier Deschamps, both crowned world champions.

They are both icons in their country, and yet almost everything separates them today. Joachim Löw and Didier Deschamps, the coaches of Germany and the Blues, meet on Friday, June 15 during the first match of the group stage of Euro 2020, in Munich, in radically opposed dynamics. The German coach, crowned world champion in 2014 in Brazil, plays his last competition this summer, after a long and successful tenure that began in 2006. But in recent months, Löw has had to face popular and media retribution, a consequence of the catastrophic elimination in the first round of the 2018 World Cup and criticized choices.

Didier Deschamps, on the other hand, arrives in a strong position.

Reigning world champion, "DD" came out strengthened by his decision to recall Karim Benzema before the Euro, a competition that the Blues are approaching in the position of favorites.

But the two men have more connected destinies than they seem.

Before sitting on top of the world, Joachim Löw and Didier Deschamps both experienced the bitterness of defeat. Former assistant to Jürgen Klinsmann for two years, "Jögi" (his nickname) is appointed coach in the wake of the beautiful and unexpected third place at the 2006 World Cup, organized in Germany, with the aim of putting the Mannschaft back to first plan. Quickly, the slender coach obtained convincing results with, as a bonus, an attractive game. But each time his Germany fails in the home stretch, despite a perfectly oiled collective. At Euro 2008, Spain shatters German dreams in the final (1-0) before losing by the same score, still against La Roja, in the semi-finals of the 2010 World Cup. The disappointment is still stronger at Euro 2012,with a defeat in the last four against Italy after a double from Mario Balotelli (2-1).

This training of the high international level, Didier Deschamps also experienced it with the Blues.

After a Homeric qualification for the 2014 World Cup, in play-offs against Ukraine (0-2, 3-0), the French team of Benzema and a very young Griezmann stops in the quarter-finals, beaten by… Germany (1-0).

Two years later, the disappointment is even more cruel, at home.

But the adage is well known: it is in defeats that the successes of the next day are forged.

The consecration of the World Cup

When Germany arrives at the 2014 World Cup, all observers rank it among the favorites of the event, along with the host country, Brazil. Joachim Löw and his men will not disappoint, with memorable performances (notably Cristiano Ronaldo's 4-0 against Portugal in the first game) and exceptional streak play. The Germans hit even harder in the semifinals with the incredible humiliation inflicted on Brazil, at home (7-1), after a mind-boggling collective show of force. The final against Argentina by Lionel Messi will be much more disputed, settling only on an overtime goal from little Mario Götze (113th, 1-0). After years of failing close to the stars, the Germans take down the grail with this fourth World Cup in their history,rewarding this wonderful machine built for years by Löw and his staff.

If German success is also the success of a philosophy and a game project based on possession, that of Didier Deschamps' Les Bleus is above all the collective adventure of a group of crazy talent.

After a sluggish first round, Kylian Mbappé, Benjamin Pavard and their teammates won an anthological round of 16 against Argentina's Lionel Messi (4-3).

Uruguay (2-0) and Belgium (1-0) will be beaten at the end of two controlled matches, before a success in the final against the Croatians who nevertheless dominate a good part of the match (4-2).

Goals, pragmatism, extraordinary individualities (Mbappé, Griezmann, Kanté, Pogba…), an ability to resist in difficult times: these Blues finally look so much like their coach.

A legacy to grow

For three years, the trajectories of the two coaches have however been reversed. Didier Deschamps, more than ever the strong man of the Blues, continued to rely on the backbone of world champions (Lloris, Varane, Kanté, Pogba, Griezmann, Mbappé…), while injecting new blood. His decision to recall Karim Benzema marked a turnaround as spectacular as it was unexpected, a stone's throw from the Euro, redistributing the cards of the French attack. DD can in any case rely on an impressive workforce and a rare wealth in all positions, which make it the favorite of Euro 2020. The France team will however not have the right to make mistakes in the first round, in the group of death, with a first match against Germany (then Hungary and Portugal).

The Germans, they present themselves without certainty about their level. Since elimination in the first round of the 2018 World Cup, Joachim Löw has suffered a barrage of criticism. But "Jögi" has freed himself from a weight by announcing his departure after the Euro, at the end of which he will be replaced by Hansi Flick, the former coach of Bayern Munich, who will be responsible for making his legacy bear fruit. Until then, the German coach will have a chance to end his long tenure, one of the most successful in Mannschaft history, in the best possible way. What could be better than a success against the Blues, on June 15, to start this farewell tour.