Replay of the World Cup seminar. Then the English had to rejoice when Raheem Sterling scored the only goal of the match against Croatia. 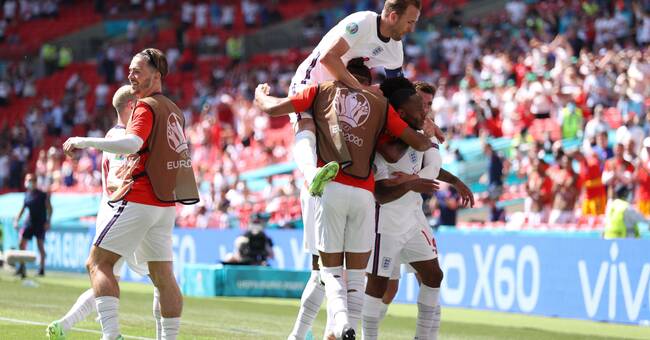 It was England who had the game in the first half, and they could get a taste start.

Already in the sixth minute, Manchester City's Phil Foden was a decimeter away from giving the English the lead, but the post saved the guests.

Instead, it was City colleague Raheem Sterling who opened the scoring in the tournament.

After almost an hour of play, Kalvin Phillips found with a smart pass to Raheem Sterling, who via Croatia's goalkeeper put 1-0.

His first goal in the European Championship context.

26-year-old Sterling has been questioned lately after a less good season in the club team, where he accounted for 10 league goals.

The goal was also the only one of the match when England got their revenge since the 1-2 loss against Croatia in the World Cup three years ago.

With 17 years and 349 days, he replaced Harry Kane when England premiered.