New Lexus NX: the first PHEV in the Japanese brand

Although it may not seem like it from the outside, since the aesthetic changes are not profound, up to 95% of the new Lexus NX have changed compared to the model that appeared at the end of 2014 ... 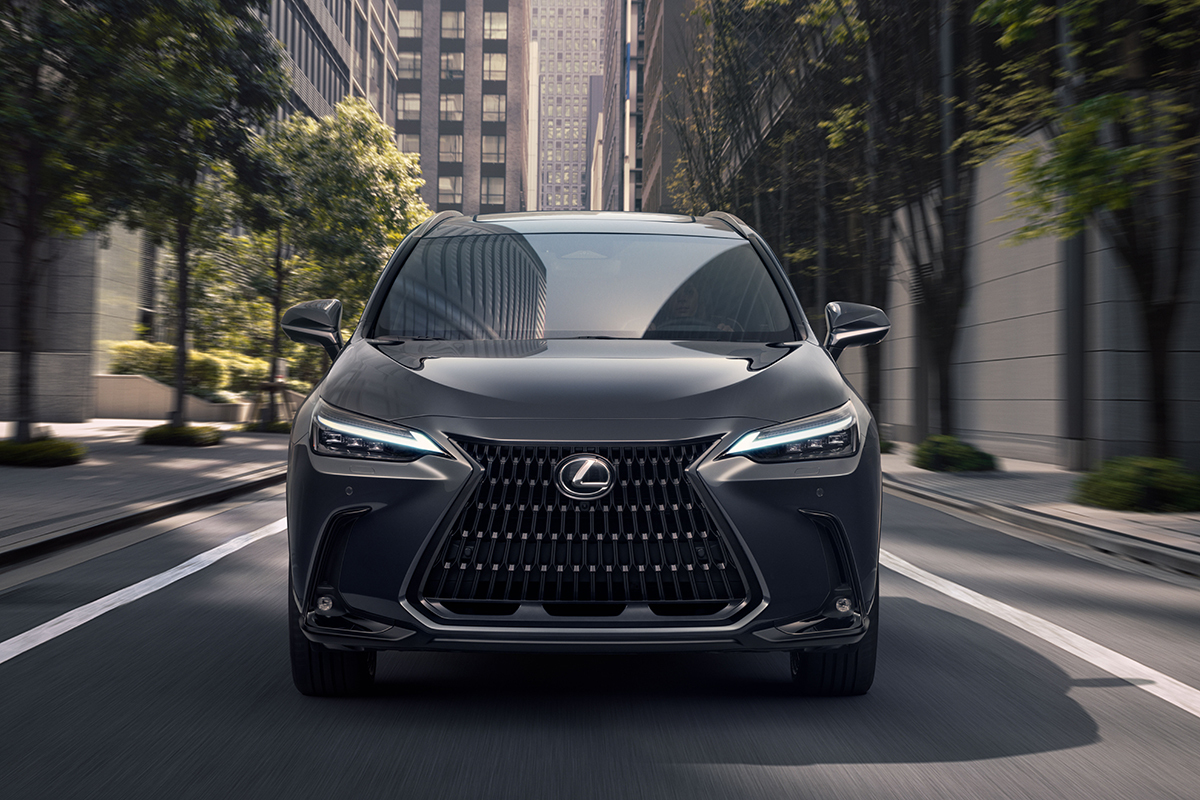 Although it may not seem so on the outside, since the aesthetic changes are not profound, up to 95% of the new Lexus NX have changed compared to the model that appeared at the end of 2014.

"The design of the first model seemed extremely iconic, with many angles, a lot of modernity. And today you see it on the road and it still seems very fresh. What we have tried to do is an evolution, and not a revolution; make it more refined and more elegant, but also more modern and seductive ", says

Thomas Lybeer , Head of Product and Marketing at Lexus Europe.

See here a gallery with images of the car.

We are in Valvoorde, near Brussels.

A minibus has brought us from the airport to an industrial warehouse that from the outside does not allow us to guess the refinement that it keeps indoors:

concrete surfaces that could have been signed by a renowned architect and a huge space for acts that could house a theatrical blockbuster.

The protagonist is the second generation of an SUV that has grown a little, just enough:

And the idea of ​​continuity in its design leaps into the air as soon as one looks behind it, with L-shaped lights and a strip of light that runs through the gate from side to side. Gate, by the way, which now seems more bulky, less risky and aggressive in its forms and in which we discover the Lexus name where the symbol with the L. was before.

However, the Lexus has made

important advances that remain hidden under its epidermis.

The first of these is the GA-K platform,

which was released by the current generation of the IS.

And it is this platform that allows us to be talking about the brand's first plug-in hybrid Lexus.

It will be equipped with the 450h + version, and accompanies the 2.5 gasoline engine with a rear electric motor to achieve a combined power of 306 hp.

This number is sufficient to project the NX from 0 to 100 in less than 6.0 seconds. However, Lybeer acknowledges that the type of customer studying the possibility of acquiring a Lexus values ​​the environment more than power, and that is why he smiles with satisfaction when talking about a range in electric mode of

It may seem strange that such an electrification-friendly brand as Lexus took so long to bring out a plug-in hybrid. In fact, the idea slipped through our mouths and we ended up asking Lybeer's opinion about this possible delay: "I think it comes at the right time," says the Belgian.

"If you look at the competition that came before us, some had ranges of about 30 kilometers. We have arrived later than them, yes, but I think we offer the best car in its segment."

, in this case self-loading and with 4x4 or 4x2 traction possibilities.

That is why Lybeer does not detract from its merits with respect to its plug-in 'brother';

Furthermore, it states that from a technical point of view one of the great challenges of its engine (which actually also uses the PHEV) has been "to increase its power by 22%, achieving faster acceleration and lower CO2 figures" .

Screen up to 14 inches

Inside, a huge 14 "infotainment screen stands out, an extra treat for those who are not satisfied with the 9.8" that will be fitted as standard.

And if you have your senses of touch and alert eyes, you instantly feel that there is a superb quality of materials, an elegant minimalism that nevertheless maintains some physical controls (to make life easier) and such firm front seats as beautiful, at least in the sportier version.

The paddles and the small gear selector also proclaim solidity, technology and sportiness when you operate them, and the avant-garde touch is provided (in addition to the screen) by

on the steering wheel whose function we can configure to our liking with the help of the Head Up Display.

In the rear seats, and thanks to the increase in dimensions, the space is good for the knees and correct for width;

Three adults will travel with difficulties, although the one in the center has a more comfortable bench than we expected.

It is true that we have seen the car in a sumptuous setting away from traffic, but if we had been in the middle of the street, we might not have been able to open the door from the inside when we felt like it. The key is in its

Safe Exit Assist system, which monitors the traffic coming from behind us and prevents the door from opening if there is danger that a vehicle (including a bicycle) will hit the door or run over us

... those things that, knowing them, make you wonder how it was not invented before.

An important detail is that those who choose the plug-in will not have to settle for less trunk than those who drive the self-rechargeable.

In fact, in both cases the boot is very square, and practical, and although Thomas claims that it cubes between 450 and 500 liters

(it is still pending approval), it seems to us that it will be much closer to the last figure than the first .

We are left with the desire that our hands perceive that sensation that Thomas talks about and that the brand calls Lexus Signature.

It is about having achieved "that the acceleration, the brakes, the direction ... perfectly obey the orders that their driver gives them."

The electronics will need to do a very good job for this to happen in the plug-in, whose weight is high, although our host says that

Warming Up Engines: In 2024, tolls will hit the roads

MotorThis weekend there were 3.6 million trips, 4% more than before the pandemic

We tested the Audi Q4 Sportback e-tron 50 quattro: the electric formula for success