Four fundamental reasons make the 2021 Copa America the last chance for Barcelona star Lionel Messi to win the Ballon d'Or for the seventh time, and consolidate his record as the most magician of football crowning the grand prize, which is a dream for all players in the world. 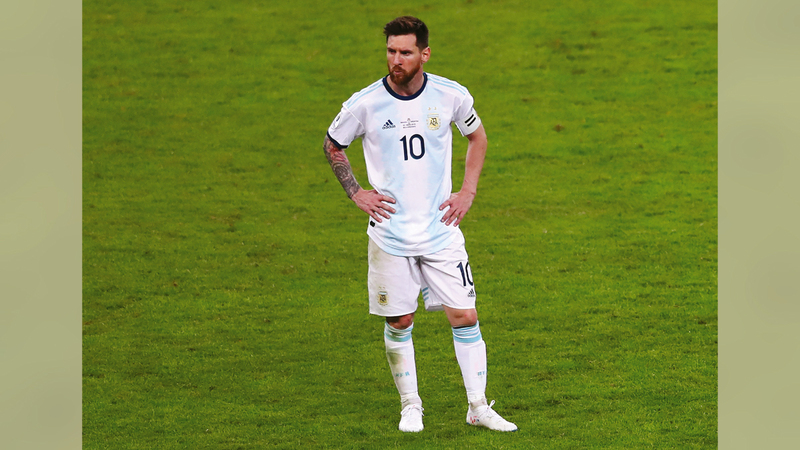 Most notably, the “time factor” and the absence of a “clearly defined” star in the Champions League

Four fundamental reasons make the Copa America 2021 as the last chance for Barcelona star Lionel Messi to win the Ballon d'Or for the seventh time, and consolidate his record as the most magician of football crowning the grand prize, which is a dream for all players in the world.

Messi (33 years old) will be more demanding than ever the title of the continental championship, which he has never crowned, and to answer all those who doubt his superiority over his traditional rival Cristiano Ronaldo (5 golden balls) in the conflict of the past decade, in which the two stars kept racing On winning the Golden Ball, before slipping from their hands and going to Croatian Luka Modric, then Poland's Robert Lewandowski.

Argentina's last victory in the "Copa America" ​​goes back to 1993 in the Ecuadorian version, and since that time, the "tango dancers" have been haunted by the tournament, which started at dawn today in Brazil.

Messi is racing against time, as he will be 34 years old on June 27, and he hopes that his experience will benefit the Argentine national team and lead it to win the title, before it is too late, because in the next edition of the tournament "Ecuador 2024" he will be 37 years old.

A particular star did not appear in the best possible way to be nominated as the best player in the world during the Champions League, which enhances Messi's chance to compete for the Golden Ball if he achieves his first title in the "Copa America", as Manchester City's De Bruyne did not rise to the level of competition for the title. The same applies to the French player, "European Champion", N'Golo Kante.

Argentine fans still trust the capabilities of their golden boy, who continues to provide the most wonderful performances on the field, unaffected by his relative age, as Messi's level and influence on the field technically and tactically exceed any other player in Argentina.

Messi's victory with Barcelona in the King's Cup in Spain is not actually enough to compete for the Golden Ball, but his first title with his country in the history of his football career will mean a lot to him and his fans, and will have a great psychological, popular and marketing impact, which means that the Golden Ball will be possible and powerfully.