Roland-Garros: Djokovic-Tsitsipas, a final for history

Novak Djokovic, who eliminated the "king" of clay Rafael Nadal after a legendary semi-final, can win a 19th Grand Slam title on Sunday afternoon. The world n ° 1 faces in the final the young Greek of 22 years old Stefanos Tsitsipas, who dreams of a first title in Majors. 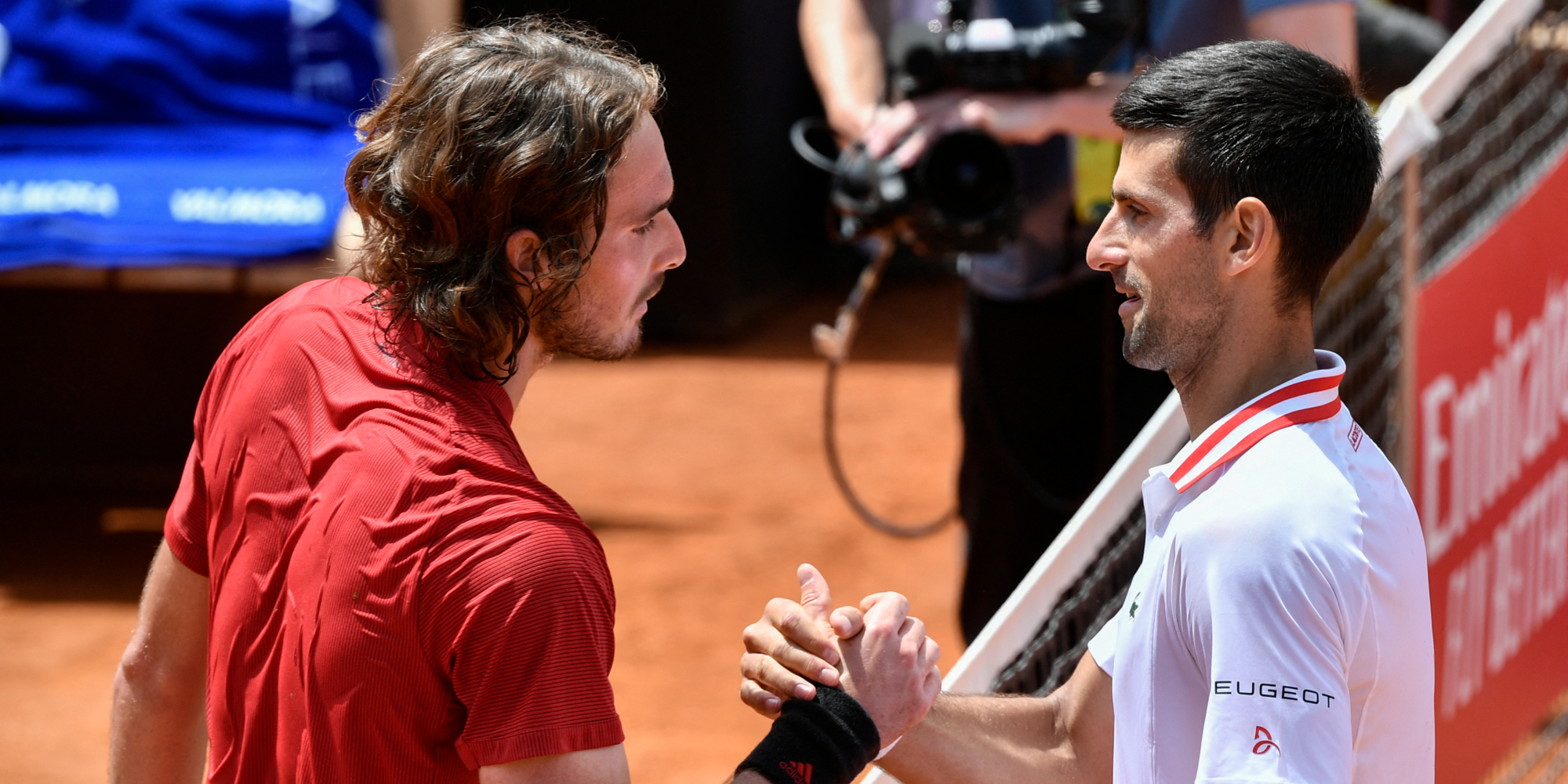 Novak Djokovic, who knocked out clay "king" Rafael Nadal after a legendary semi-final, can win a 19th Grand Slam title on Sunday afternoon.

The world n ° 1 faces in the final the young Greek of 22 years old Stefanos Tsitsipas, who dreams of a first title in Majors.

After having dismissed King Rafael Nadal, can Novak Djokovic let slip his 19th Grand Slam title, Sunday at Roland-Garros (3 p.m.), against Stefanos Tsitsipas who reaches for the first time in his career a final of a Major?

Europe 1 takes stock of this unbalanced poster on paper, between the Serbian in pursuit of the Major record of Nadal and Federer, and the Greek who dreams of a first coronation in this category of tournaments.

Djoko in pursuit of the absolute record, Tsitsipas for a first

On one side of the net, there will be Djokovic with his 18 Grand Slam titles, including a Roland Garros in 2016. On the other, Tsitsipas, three major semi-finals lost so far, the last in Australia in February .

On the one hand the prospect of getting closer to a length of the record of 20 major trophies jointly held by Nadal and Roger Federer, on the other the dream of a first Grand Slam coronation, a few weeks after a first Masters 1000 title ( Monte Carlo).

Not to mention that Djokovic can become the first player of the Open era (since 1968), the third in history after Roy Emerson and Rod Laver, to win at least twice each of the four majors.

But since the start of the season, Tsitsipas is the player who won the most games (39), including on clay (22). He is also the leader of the Race, the classification over the season. Last year, the Greek took two sets from Djokovic in the semi-finals in Paris, so the world No. 1 expects "another difficult game".

But in view of the semi-finals, we would still be tempted to give him a clear advantage, as his level of play was high, his will relentless. Especially since for his part, the Greek (5th) displayed such emotion to reach this long-awaited major final, that one could fear that he has exhausted his mental capital. In tears on the court, he had difficulty describing his feelings after his victory in five sets against Alexander Zverev (6th). "It's because I thought about the past," the 22-year-old later explained. "Roland-Garros is a historic tournament. I've watched it since I was little, my coach too." To realize his dream, he will need a major feat.