National team debutant: "We are many young people who try to get involved"

Sweden will miss three key players in the squad when the ladies' European Championship group game in basketball begins on Thursday next week. But in their absence, there are opportunities for new talent to step forward. One of them is Stephanie Visscher. 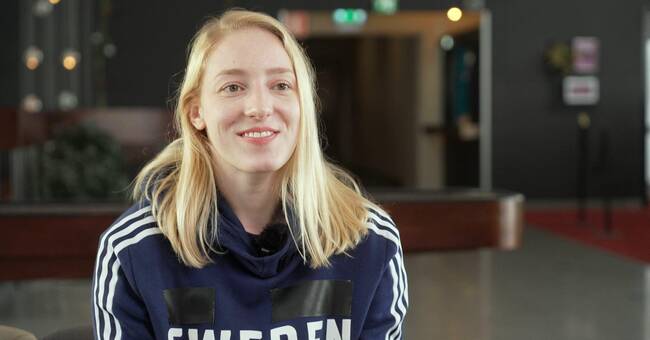 Neither Amanda Zahui, Louice Halvarsson or Regan Magarity are in the Swedish squad that travels to Valencia on Sunday morning before the European Championships.

For Stephenie Visscher, on the other hand, who played her first match in the national team jersey in the training international match against France earlier this year, her championship debut is most likely waiting for six days.

On Saturday, it will be announced which 12 in the currently 14-player squad will get a place in the regular European Championship team.

- The situation gives us younger people the opportunity to get more space than we might have had if all the stars had been here.

We are many young people who try to settle in and get those minutes, so it is really important to be on the cutting edge, says Stephanie Visscher.

The defense-strong 22-year-old from Luleå comes from a real basketball family.

Stephanie left Sweden for college life in the USA in 2018, where she played in the NCAA playoffs during the spring and was named the best player on her college team, Stephen F Austins.

- I have been given a big role in my college team and the coaches have trusted me as a player very much, which has given me a lot of opportunities and playing time. It has been great for me and my development, says Stephanie Visscher.