"All the honor to invest in two young roosters"

Sweden had never participated in a European Championship before. But in 1992, it was time to host the championship. - There was something in the air before this could be something really good, says Patrik Andersson who at the time was 20 years young and who would make his only third international appearance in the European Championship premiere against France. 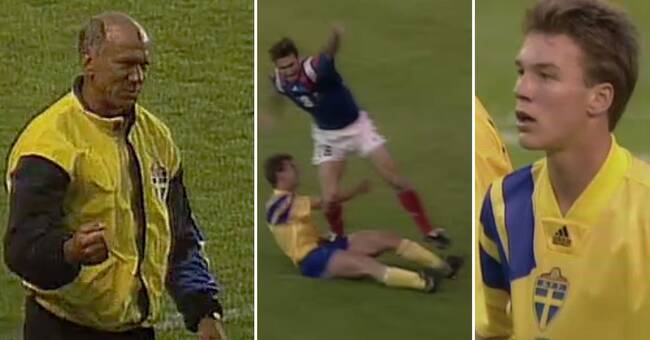 During his career, Patrik Andersson made 96 international appearances for the Swedish national football team between 1992 and 2002. In SVT's series "As I remember it", "Bjärred" tells how he looks back on the European Championships at home in 1992.

- I am 20 years old and have played two international matches before.

Then he (national team captain Tommy Svensson) chooses to start me in a European Championship premiere at home.

It was not just me but it was Jocke (Joachim Björklund) who was only a few months older.

To invest in two young roosters at such a level, all credit.

For the league captain himself, it was not a strange selection but quite obvious, he says.

- They were both 20 years old and newcomers to the national team.

But I had followed them in the U21 national team and they had done very well.

So it really felt pretty obvious to me, says Svensson.

Sweden started by playing 1-1 against France, which was followed up by beating Denmark with the only goal of the match.

Remaining in the group was England, who after two crosses were whipped to defeat Sweden to move on.

- Looking back on the match, I remember that we got off to a really bad start.

David Platt scores for them after just four minutes.

But Sweden would stand for an impressive second half against the English.

See the entire meeting with Patrik Andersson on SVT Play by clicking here.