Roland-Garros 2021: Djokovic-Nadal, a duel at the top in the semi-final

The long-awaited duel since the draw for the men's draw at Roland Garros will indeed take place on Friday. Rafael Nadal and Novak Djokovic have both validated their tickets for the last… 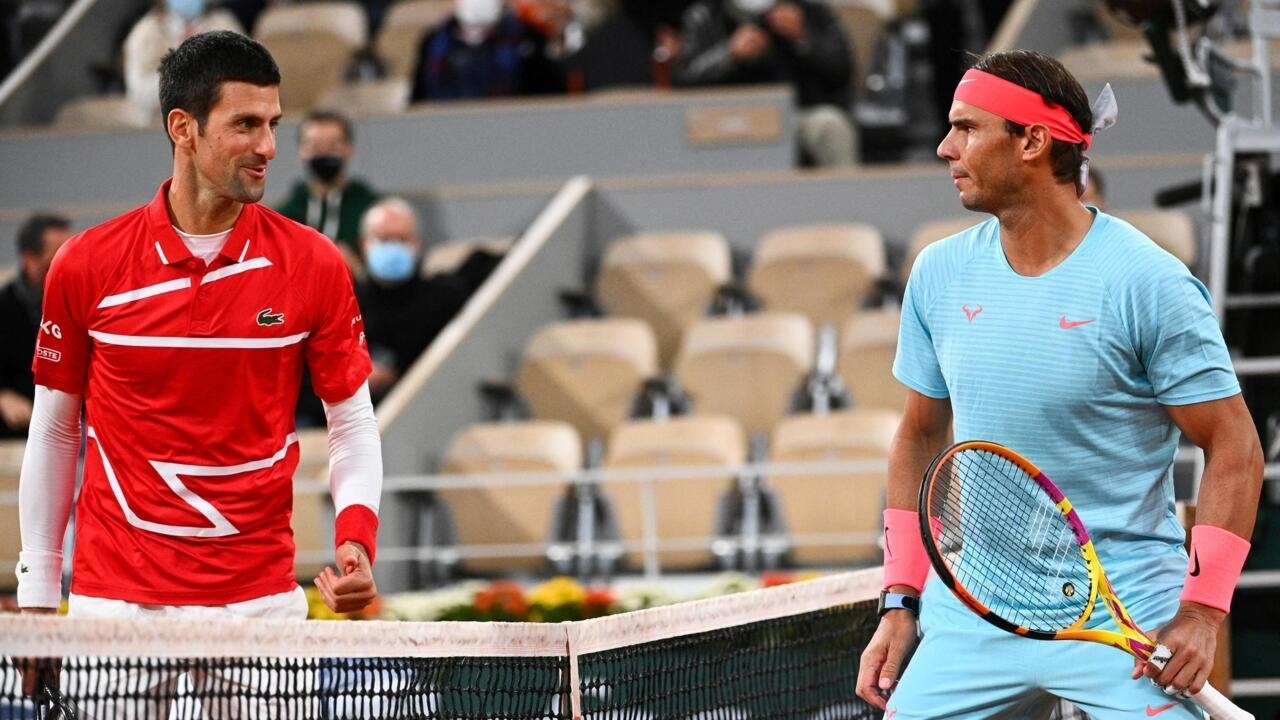 This is the duel that everyone has been waiting for since the draw placed them in the same half of the table.

One of the semi-finals of Roland-Garros will oppose, Friday, June 11, Rafael Nadal and Novak Djokovic for their 58th confrontation, the most prolific rivalry in the history of tennis.

Even if the other semi-final, between Stefanos Tsitsipas, world No. 5 and fit man from the first part of the season, and Alexander Zverev (No. 6) does not lack pace, it is the shock to the summit between Nadal and Djokovic who loves all eyes.

"It was the expected semi-final, and we are there", appreciated Djokovic after his qualification at the expense of Matteo Berrettini (6-3, 6-2, 6-7 (5/7), 7-5) almost midnight Wednesday evening.

"Every time we go up against each other, there is this extra tension, these extra expectations. The vibes are different when I enter the court with him," describes the Serbian.

Behind their 58th duel, whatever the future finalist, the stakes are monumental.

In sight for Nadal, a dizzying 14th coronation at Roland Garros - in 17 participations - and a 21st record Grand Slam trophy, one better than Roger Federer.

For Djokovic, to become the first player in the Open era, and only the third in history (after Emerson and Laver), to win at least twice each of the four Grand Slam trophies.

What neither Federer nor Nadal did.

And, at the same time, get close to a length of the record for major titles, with a 19th trophy.

On his beloved land, it's impossible not to make the Spaniard the favorite.

If the record of their face-to-face is balanced (29-28 for Djokovic), the balance tilts very clearly in favor of the Mallorcan on ocher, 19 wins to seven, including the last five.

In Grand Slam, ten to six.

But Djokovic is precisely one of the only two players to have beaten him on Parisian clay, in the quarter-finals in 2015, as he recalled on Wednesday night.

"Robin Soderling also beat him (in the round of 16 in 2009, Editor's note), but that's all. There aren't many players who have won against him on this court," smiles the No. 1 world, which firmly believes in its chances.

"The quality and level of my tennis these last three, four weeks on clay, in Rome (final lost against Nadal), Belgrade (title) and here, give me good feelings before this match. I have confidence in the so I can win, "he says.

"You have to play your best tennis"

For Goran Ivanisevic, who coaches the Serbian with Slovakian Marian Vajda, that the two giants collide in the semi-finals is good news.

"It might be crazy to say that, but I wish they were in the same part of the table. Novak would perform better, in my opinion, against him in the semi-finals. And 'Rafa' better in the final , it's psychological, ”he dared in L'Equipe before the Parisian fortnight.

Nadal, he would have waited one more turn.

What is there better and worse when it comes to competing against "Djoko"?

"The best thing is you know what you have to do to really have your chances: you have to play your best tennis. In a way, we train, we play sports for these moments, answers the 'Spanish. The negative side is that it's difficult because you play against one of the best players in history. "

“Of course, the numbers are just amazing, no?”

While @rafaelnadal is thinking about his 14th semi-final at #RolandGarros, let's take a moment to let another entertaining performance digest. Quotes, stats & more 👇

"I regained my composure and, when I really needed it, I played maybe at my best since the start of the tournament. It's great news. It gives me a lot of confidence." , retains Nadal.

Right before the big explanation, the timing is perfect.