Roland-Garros: while waiting for Nadal / Djokovic, Tsitsipas beats Zverev for a place in the final

While waiting for the shock at the top between Rafael Nadal and Novak Djokovic on the clay court of Roland-Garros, the Greek Stefanos Tsitsipas triumphed over the German Alexander Zverev in five sets and won… 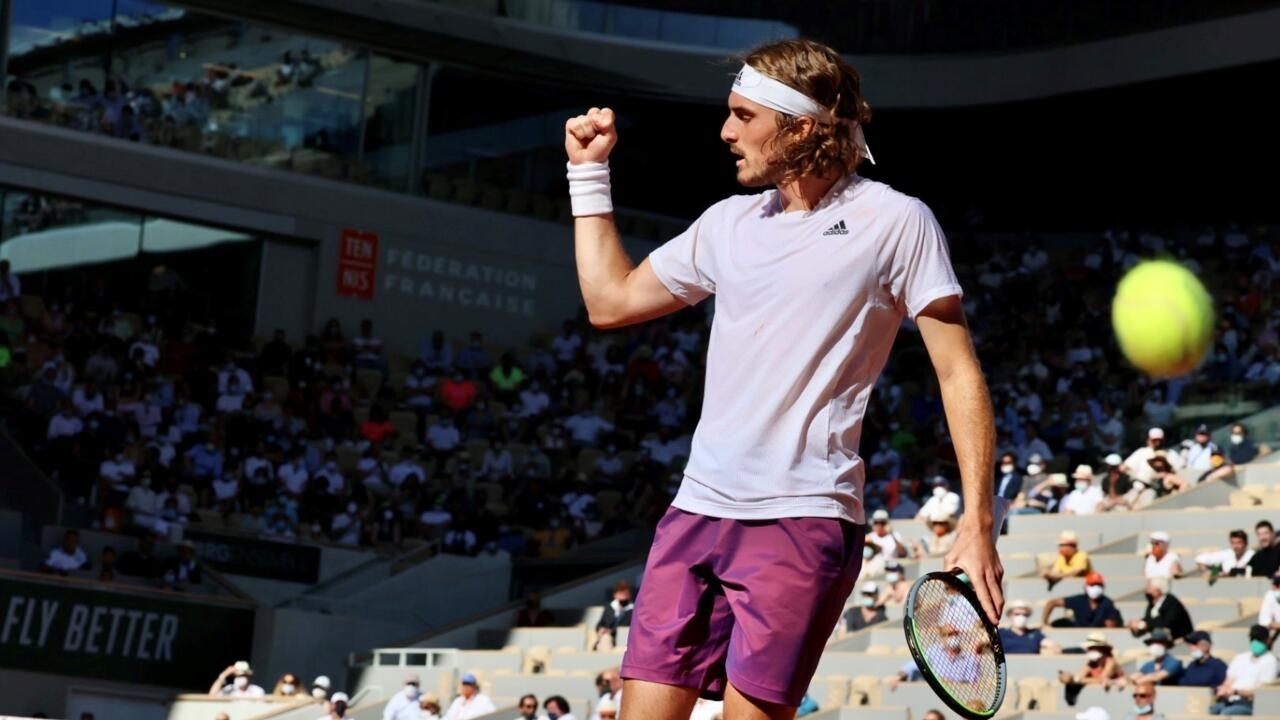 On the one hand, the clash of the new generation between the Greek Stefanos Tsitsipas and the German Alexander Zverev.

On the other, the duel at the top between two sacred tennis monsters, Rafael Nadal and his 13 Roland-Garros won, against the world number one, Novak Djokovic, their 58th confrontation.

• At the end of the suspense

If Alexander Zverev wins the "toss", it is Stefanos Tsisipas who quickly takes the ascendancy in the match and the first set.

The Greek makes the entry break on his opponent, who lets himself be too easily wandered on the court.

It was not until the German's second serve that he won his first game in the game and rebalanced the discussions.

Too late, the lead of the recent winner of the Masters 1000 Monte-Carlo is too important: Tsitsipas pockets the first round in 37 minutes (6-3).

Stefanos Tsitsipas was superior in the opening sets.

The second begins in the same way as the first, but this time with Alexander Zverev at the helm (3-0).

In delicacy on his forehand, Stefanos Tsitsipas hangs on all the same and manages to cancel the advantage taken by his opponent.

He glues together, then surpasses his opponent of the day by inflicting six consecutive games (6-3).

At the start of the third set, Stefanos Tsitsipas was slack.

His opponent took the opportunity to make the break and hold his advantage.

The Greek does not find the keys to cancel the advantage taken by the German who, despite a stroke of blood on a decision of the referee, wins the round (6-4).

In delicacy on his service, the world number 5 leaves the first game to Zverev.

The scenario of the third set is repeated.

Despite a multiplication of faults, Tsitsipas is on par with his opponent but loses the set because of this bad start (6-4).

In the fifth set, Stefanos Tsitsipas seems to have broken up, directly conceding three points to his opponent.

But the Greek wakes up and saves the three break points in order to keep his throw-in. A mental turning point for the Greek?

Possible, he makes the break on the second serve of his opponent.

The latter will not return, despite four match points saved.

he will face one of the two living legends of tennis: Rafael Nadal or Novak Djokovic.