They had never qualified for a big international competition and were not necessarily expected for this Euro 2020. Presentation of Finland and North Macedonia, who advance in groups B and C without a big star but not without ambition. 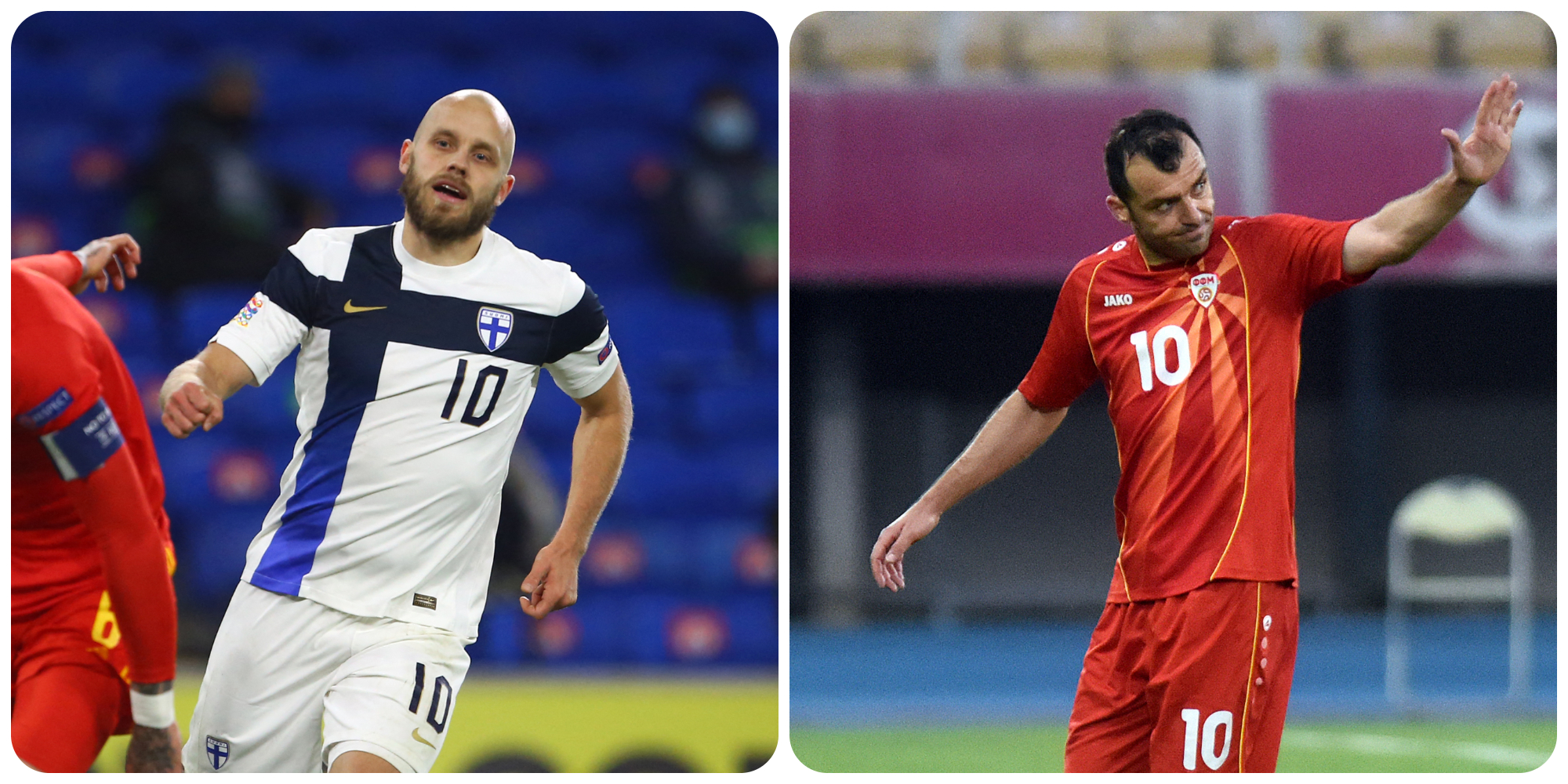 They had never qualified for a big international competition and were not necessarily expected for this Euro 2020. Presentation of Finland and North Macedonia, who advance in groups B and C without a big star but not without ambition.

These are the first two surprises of this Euro.

Finland and North Macedonia are playing their first European competition, and at the same time their first major international meeting.

These two nations take advantage of the enlargement of the Euro to 24 teams to invite themselves among the greats.

While Finland performed well in the qualifiers, finishing second in their group behind Italy, North Macedonia had to go through the play-offs to reach the finals.

Europe 1 presents these two nations ready to surprise you.

Finland: 48 years of chess and a sensation

Finland has emerged in the world of European football by advancing directly to the finals of Euro 2020 thanks to its second place in the qualifiers, behind Italy.

With six victories in ten matches, the Grand Duke Owls, nicknames of the Finnish selection, beat Greece and Bosnia-Herzegovina in Group J. This is the first time that Finland has reached the elimination phase, after 48 years. of chess between 1968 and 2016!

This historic qualification, the Finns owe it in large part to their star, Teemu Pukki.

The 31-year-old forward has scored 10 of Finland's 16 goals in the qualifiers.

He is the great hope of the Finnish people for the Euro, from the top of his 30 goals scored in 90 caps.

Pukki is also coming off a big season with his club Norwich City, which he brought back to the Premier League thanks to his 26 goals.

He can count on a solid Finnish team defensively, and effective offensively as in November 2020 against the France team in a friendly (0-2).

Young Marcus Forss and Onni Valakari (21) had found the path of Hugo Lloris' goals to create a sensation a few months before the Euro.

The 2021 edition is already historic for Finland, which had never managed to qualify for a European Championship. Even the team of the Finnish legend Jari Litmanen, top scorer of the selection with 32 goals and winner of the Champions League with Ajax Amsterdam in 1995, had failed in the 1990s. This is to say the performance of the Finns who will play their first major international meeting, after also countless failures in qualifying for a World Cup. But Teemu Pukki's partners are off to a good start: they have held on to the Nations League B league in 2020.

Engaged in group B, alongside Belgium, Denmark and Russia, Finland will have the difficult task to qualify for the round of 16.

But she can aim for third place, whose top four in the competition will advance to the round of 16.

Nothing impossible for the Scandinavians, who will try to imitate Iceland, surprising quarter-finalist of Euro 2016.

North Macedonia: the miracle of Tbilisi

The presence of North Macedonia at the Euro is a monumental feat for the small Balkan country and its two million inhabitants.

Third in its qualifiers, behind Poland and Austria, the Macedonian selection owes its salvation to its first group place in league D of the League of Nations, which allowed it to play the last play-offs for Euro 2020. In a four-team duel, the Red Lions first eliminated Kosovo in the semi-finals (2-1) before winning the final against Georgia away in Tbilisi in November 2020 (1-0).

Enough to have lifted the crowds in the streets of the capital Skopje.

This team is certainly unknown, but it relies on its legend Goran Pandev, 37 years old, 114 caps and winner of the Champions League in 2010 with Inter Milan.

The emblematic striker of a whole people entered even more in the history of his country by scoring the only goal of the play-off final against Georgia (1-0).

With his 37 national goals, the captain of the Red Lions is the great asset of this team which also recently distinguished itself, at the end of March 2021, by winning on the lawn of Germany in qualifying for the 2022 World Cup. (1-2).

Goran Pandev had scored the second goal for his team in the most beautiful victory in the history of his selection.

North Macedonia has a recent footballing history, having played their first European qualifying phase for Euro 1996 under the name of Macedonia.

Twenty years of failure have passed, and the Red Lions achieve their first great performance by joining the C league of the Nations League in 2020. Certainly, she will not really start as a favorite in her group C of the Euro, to the alongside the Netherlands, Ukraine and Austria.

But we are not immune to another feat, just three months after his victory against Germany ...