First nation in the Fifa ranking, Belgium arrives at Euro 2020 in the skin of a contender for the final title. Strong of a golden generation, but somewhat diminished like Eden Hazard, can the Red Devils finally win in a great competition? The arguments are divided. 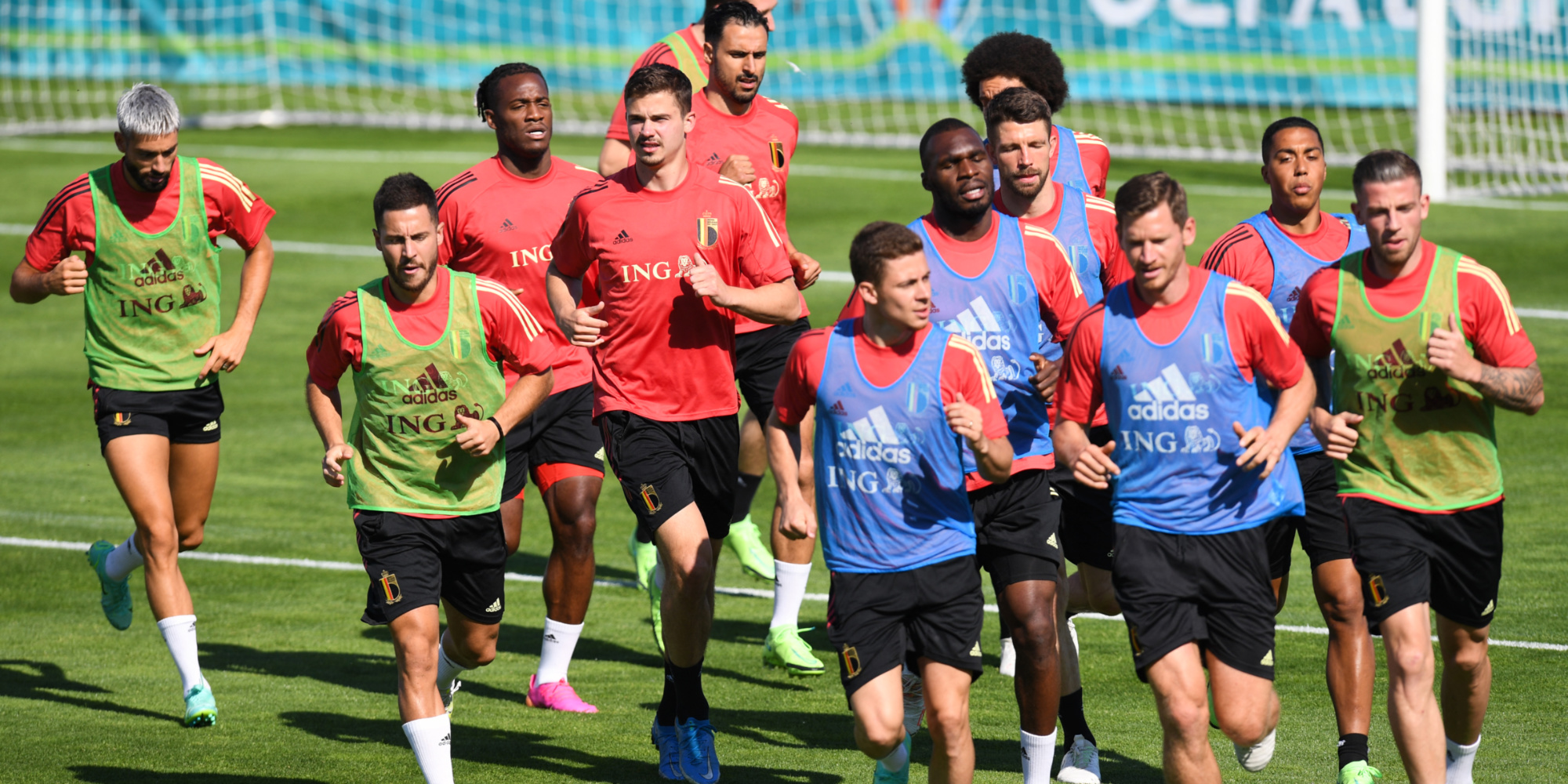 First nation in the Fifa ranking, Belgium arrives at Euro 2020 in the skin of a contender for the final title.

Strong of a golden generation, but somewhat diminished like Eden Hazard, can the Red Devils finally win in a great competition?

The arguments are divided.

It is one of the scarecrow nations of this Euro 2020. Belgium, semi-finalist of the last World Cup, has every reason to believe in a first major international title.

First nation in the FIFA rankings since September 2018, Belgium relies on a golden generation of players playing in the biggest European clubs: Eden Hazard at Real Madrid, Kevin De Bruyne at Manchester City, ...

A generation that has never won selection titles.

Does it have the means to finally win for one of its last major international meetings?

Europe 1 offers you three arguments that plead for a final victory for the Red Devils, and three against such a success.

For: a golden generation on its way

Belgium has a generation of world-class players. Former Lille Eden Hazard and Manchester City midfielder Kevin De Bruyne are the two key players in the selection, despite a still uncertain state of fitness. The Red Devils also have top attackers, like Inter Milan's Romelu Lukaku. Defensively, this team brings serenity thanks to a defense of three experienced players: Toby Alderweireld (32 years old), Thomas Vermaelen (35 years old) and Jan Vertonghen (34 years old), as well as one of the best goalkeepers in the world today, Thibaut Courtois. Belgium is playing under the orders of Spanish coach Roberto Martinez, whom he has put back on track since 2016. With the advice of former French striker Thierry Henry,already present in 2018 and back with Belgium for the Euro, this selection has everything to shine.

• Quarter-finalist to third at the World Cup in four years

Discreet at the turn of the 2010s, Belgium made its comeback to the forefront of world football in 2014 by reaching the quarter-finals of the World Cup in Brazil.

The Red Devils learned from their short defeat against Argentina (1-0) to move forward and confirm the hopes placed in them.

Four years later, the Belgians managed to climb to the third step of the 2018 World Cup podium in Russia, the best result in its history.

On its momentum, Belgium hopes to perform again at Euro 2020 by winning their first major title in Europe, more than 40 years after their only final played at the Euro in 1980 (2-1 defeat against the FRG).

The Red Devils had no trouble reaching the final phase of the 2020 edition. Eden Hazard and Romelu Lukaku's partners are the first to validate their ticket in early October 2019 after a flawless run in the qualifiers ( ten wins in ten matches). Belgium performed above all with 40 goals scored, and only three conceded. In particular, it beat Russia, which it will find in Group B, and Scotland qualified in the play-offs. Opposed to Russia, therefore, Denmark and Finland in Group B, the Red Devils should make short work of the first round in order to get to the best of the knockout phase. And dream of a new flawless course to Wembley on July 11, where the final will be played.

Against: a diminished and still fragile selection

• Hazard and De Bruyne physically diminished, for how long?

This is one of the great unknowns of this Belgian team: in what physical form will Eden Hazard and Kevin De Bruyne be, two essential players in the offensive animation of the Red Devils? Real Madrid midfielder Eden Hazard has been trailing recurring injuries for two years which have prevented him from playing regularly for club. Back in play a few weeks before the Euro, the former Lille is not sure to start the first match against Russia. His team-mate Kevin De Bruyne, hit in the face during the Champions League final at the end of May, will be absent for this first meeting and has still not trained with his partners. If these two players do not return to their best level, it will become more difficult for the Red Devils.

This golden generation knows each other well, and is playing one of its last major international events in 2021. It is practically the year or never for the Belgian selection, which has so far always given up in the decisive matches. In 2016, already announced as one of the great favorite nations of the Euro, Belgium was punished by Wales in the quarter-finals, yet a novice in the competition and against whom they had scored the first goal before s 'tilt sharply 3 to 1. In the semifinals of the 2018 World Cup, it came close to Roberto Martinez's men, who failed in the face of the tactical challenge of the France team of Didier Deschamps (0-1 ). The last few steps are still difficult for the Belgians to climb.

• Italy in quarters, before possible reunion with France

If the Red Devils should have no trouble coming out on top of Group B, great challenges await them from the quarter-finals.

Belgium could find Italy there, back in a major competition after its absence from the 2018 World Cup, and which is sublimated during major matches.

This is how the Italians beat Belgium in the group stage of the last Euro (2-0).

A potentially complex quarter-final, before a possible reunion with France in the semi-final if the Blues finish first in their very tough group F and they join the last four of the competition.

Belgium has every chance, but the state of form of its two key players, Eden Hazard and Kevin De Bruyne, physically diminished, will be decisive. The Red Devils will have to surf on their excellent qualifications to get rid of Russia on Saturday and Denmark on Thursday after six months of unbeaten play, and take a psychological step forward in major meetings.