Video - He threw the ball in the stands .. Ronaldo's worst kick in his history provokes the European press and the masses ridicule him

The direct free kick, which Portuguese star Cristiano Ronaldo threw high, to go to the stands instead of the goal in the friendly match against the Israeli national team, caused ridicule by the European press and the fans. 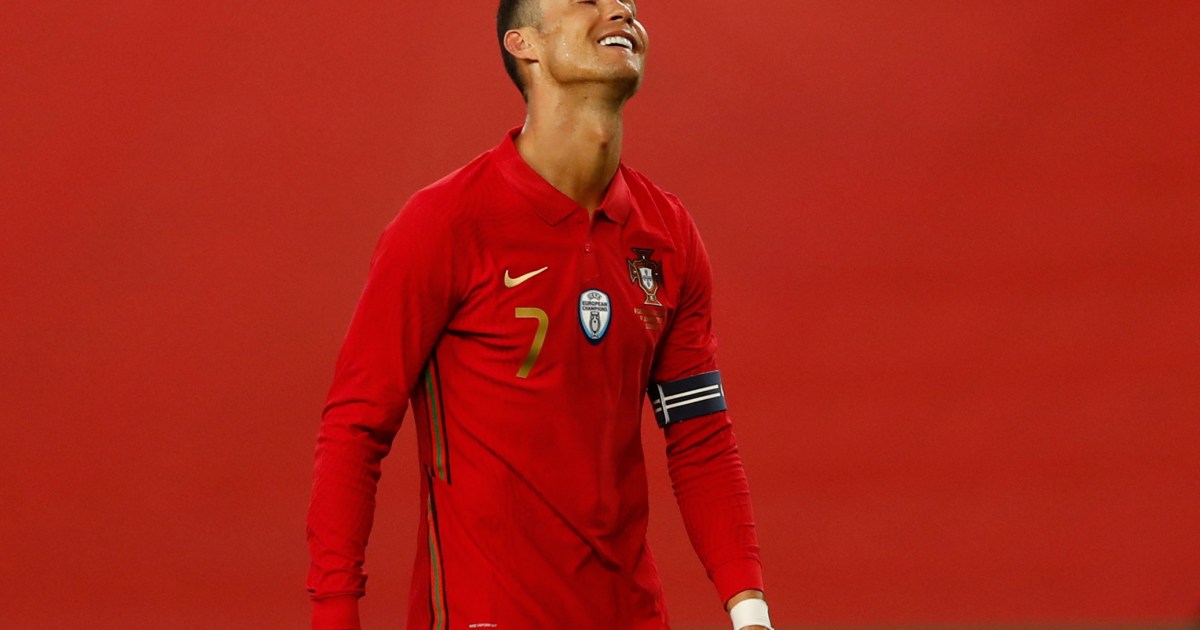 The direct free kick, which Portuguese star Cristiano Ronaldo toppled high, to go to the stands instead of the goal in the friendly match against the Israeli national team, yesterday, Wednesday, sparked ridicule by the European press and the fans on the communication platforms.

And the Portuguese team got a direct free kick from outside the 18th area, in the 40th minute of the match;

But Ronaldo, unusually, executed it poorly, and sent it completely away from the goal, and towards the stands.

The match ended with the Portuguese national team winning 4-0, with Ronaldo scoring his team's second goal, while Bruno Fernandes secured the first and fourth goal, and full back Joao Cancelo scored the third goal.

The kick received special attention from international newspapers, as the Spanish newspaper "Marca" described it as the worst free kick from Cristiano Ronaldo during his entire career.

While the British newspaper "The Sun" titled in its news about the kick, saying, "Watch (the worst free kick ever) for Cristiano Ronaldo," days before the start of the European Championship.

And the audience expressed his ridicule at the method of implementing the kick, noting that it could end the life of a bird if they passed it over the stadium at the time, while others saw that it was evidence of the end of Ronaldo's career.

Others pointed out the need to exempt Ronaldo from taking the next free kick, fearing for the lives of the audience present from the stadium, while some questioned the possibility of finding the ball after this kick.

Ronaldo amazing free kick vs Israel 😱 The next David Beckham?

He really needs to let go of the free kick duties now https://t.co/n8zBmON0NN

Who has video of that Ronaldo free kick?

That's the worst free kick I've ever seen him take 🤣🤣🤣

The Ball is Still Missing 😭 https://t.co/ZHFGtEAkmB

He shouldn't be allowed to take free-kicks once the crowd returns.

The ball can literally hit anyone.