Sebastian Larsson after the net hatred: "It is sad that the big companies do not take their responsibility"

Two players in the Swedish national team have tested positive for covid-19. One of them is Dejan Kulusevski, who has endured a lot on social media. - After all, it is people who say these things, says Sebastian Larsson to SVT Sport. 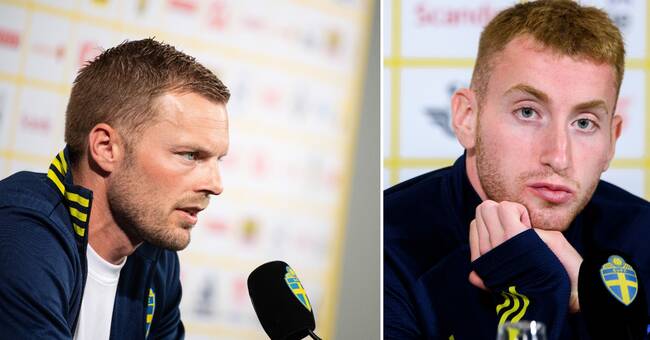 Dejan Kulusevski has tested positive for covid-19 and should, according to the national team management, have infected teammate Mattias Svanberg.

After the announcement, a video was spread on Kulusevski where he is sitting in a larger party, a small "party", which allegedly took place during the holiday.

As a result, the young player has endured criticism, hatred and derogatory comments on social media.

Something that Sebastian Larsson is furious about.

- Hatred on social media is deplorable.

I have a hard time accepting that nothing is being done about it.

After all, it is people who say these things.

It is sad that people do not take their responsibility, and then I am referring to the large companies that are behind this, he says to SVT Sport.

The experienced midfielder believes that they do not stand and point the finger at Kulusevski.

The teammates instead stand united and support.

- We are a group that takes us through positive and negative things together.

To reduce the risk of spreading the infection, the players during the camp have had to adapt to various restrictions.

And now these have been screwed further.

- Of course it has been different.

We have tightened, as you know.

All restrictions, how we behave.

Even though it was tight before, it is even more twisted now.

Which of course makes things sadder around and around the hotel and how we are with each other.

Players are allowed to spread out as they eat.

- It is clear that there may be an extra coffee there, as you are not so eager to go back up to the room far too soon.

It will be different.

- I, Marcus, Granen and Gurra who have played very short and spent a lot together also get to think.

Even if we want to sit and talk, we do it from a distance.

The mouth guards are on constant.

But the 36-year-old believes that the players must still have the premiere in mind.

- Somewhere we need to keep a lot of focus on the match approaching, it is the European Championship premiere soon. If there is one thing you have learned over the years, and football players in general at this level, is that you should keep as good a focus on what is going on.