The European Football Association (UEFA) called on Ukraine today to make changes to the shirt of its national team participating in the European Cup 2020 to remove the “political” slogan that angered Russia. UEFA said the message of "Glory to our Heroes", a chant popularized in anti-Russian protests in 2014, appears to 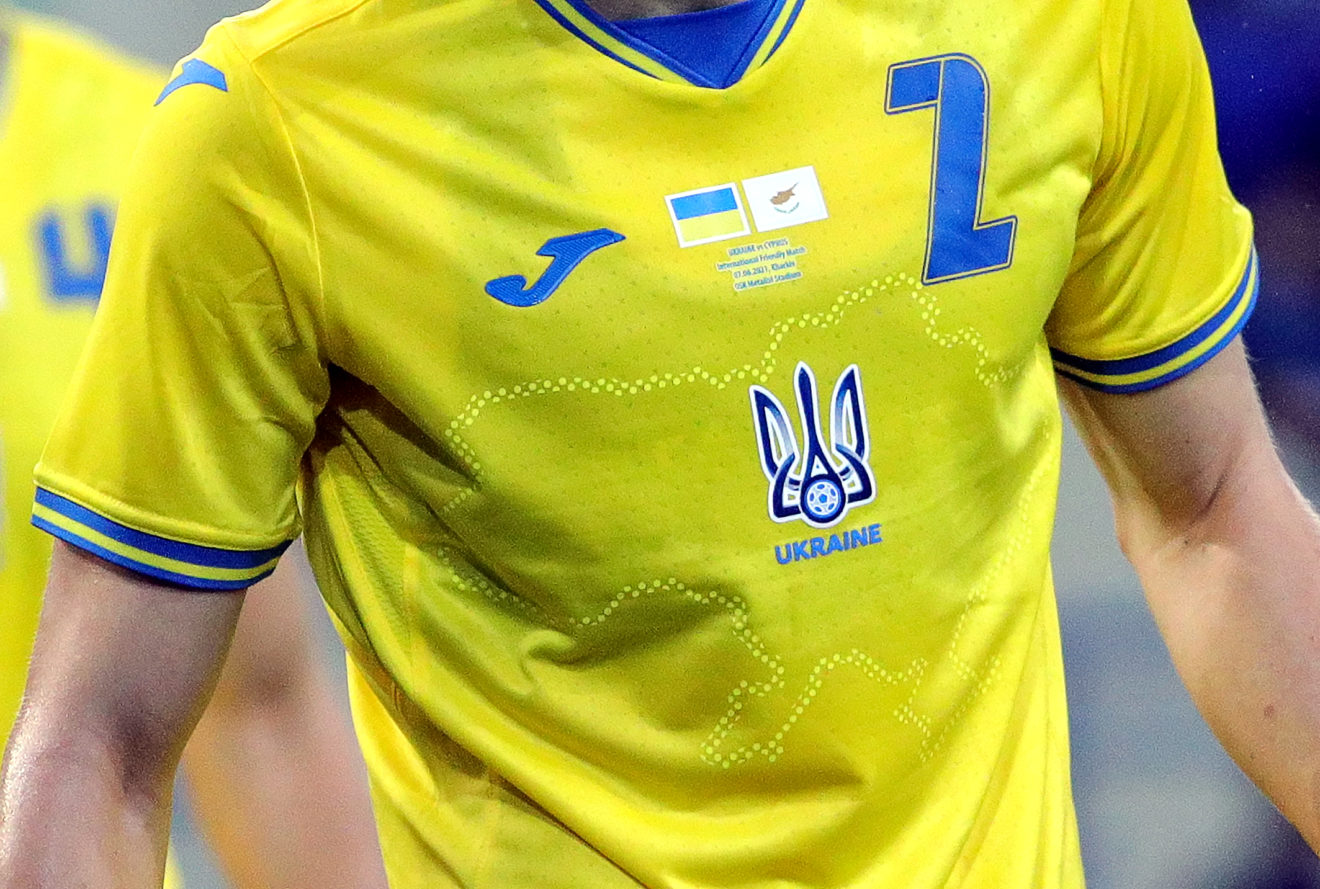 The European Football Association (UEFA) called on Ukraine today to make changes to the shirt of its national team participating in the European Cup 2020 to remove the “political” slogan that angered Russia.

UEFA said the message of "Glory to our Heroes", a chant that was popular in the 2014 anti-Russia protests and appears inside the T-shirt, "is of a clear political nature".

The Russian Football Federation announced Tuesday that it had written to UEFA to condemn the new shirt of the Ukrainian national team, which bears a map of Ukraine, including Crimea, annexed by Moscow in 2014, as well as the eastern regions controlled by pro-Russian separatists. The Russian media quoted the local football federation as saying that in this letter addressed to the continental federation, "we draw attention to the use of slogans with a political background on the shirt of the Ukrainian national team, which contradicts the basic principles of the UEFA regulations regarding sports equipment."

Coinciding with the Russian message of protest addressed to the continental union, Ukrainian President Volodymyr Zelensky welcomed the new jersey of the national team, which features "important symbols", according to what he said on Instagram. In response to the Russians, Zelensky wrote: "The new Ukrainian football jersey is truly unparalleled. It can be shocking. It bears many important symbols that unite Ukrainians."

But the EU said the map would not need to be changed because the UN General Assembly resolution "recognizes territorial boundaries as generally indicated in the design".

The Federation also approved the slogan "Glory to Ukraine" as "on its own it can be considered a general, non-political phrase of general national significance". Reacting to Wifa's decision, Russian Foreign Ministry spokeswoman Maria Zakharova said, "Sport is not a battlefield, but a field of competition. Be sports champions and you will enjoy glory. Do it this way and not with nationalist slogans saying that the motherland should be glorified."

The relationship between Russia and Ukraine has been strained since the pro-Western forces came to power in Kiev in 2014, followed by Moscow's annexation of Crimea and a war between Kiev's forces and pro-Russian separatists in the east that killed more than 13,000 people.

Since the beginning of the year, this conflict with the separatists has renewed, leaving dozens dead, and Kiev has accused Russia of seeking to "destroy" the Ukrainian state.

Moscow, for its part, stressed that its maneuvers in the region "are not a threat to anyone," and condemned Ukrainian "provocations."