Since its creation in 1960, the Euro has been the scene of many twists and turns and memorable exploits. Focus on these records, from the youngest player to the most successful team, which forged the legend of the competition. &amp; Nbsp; 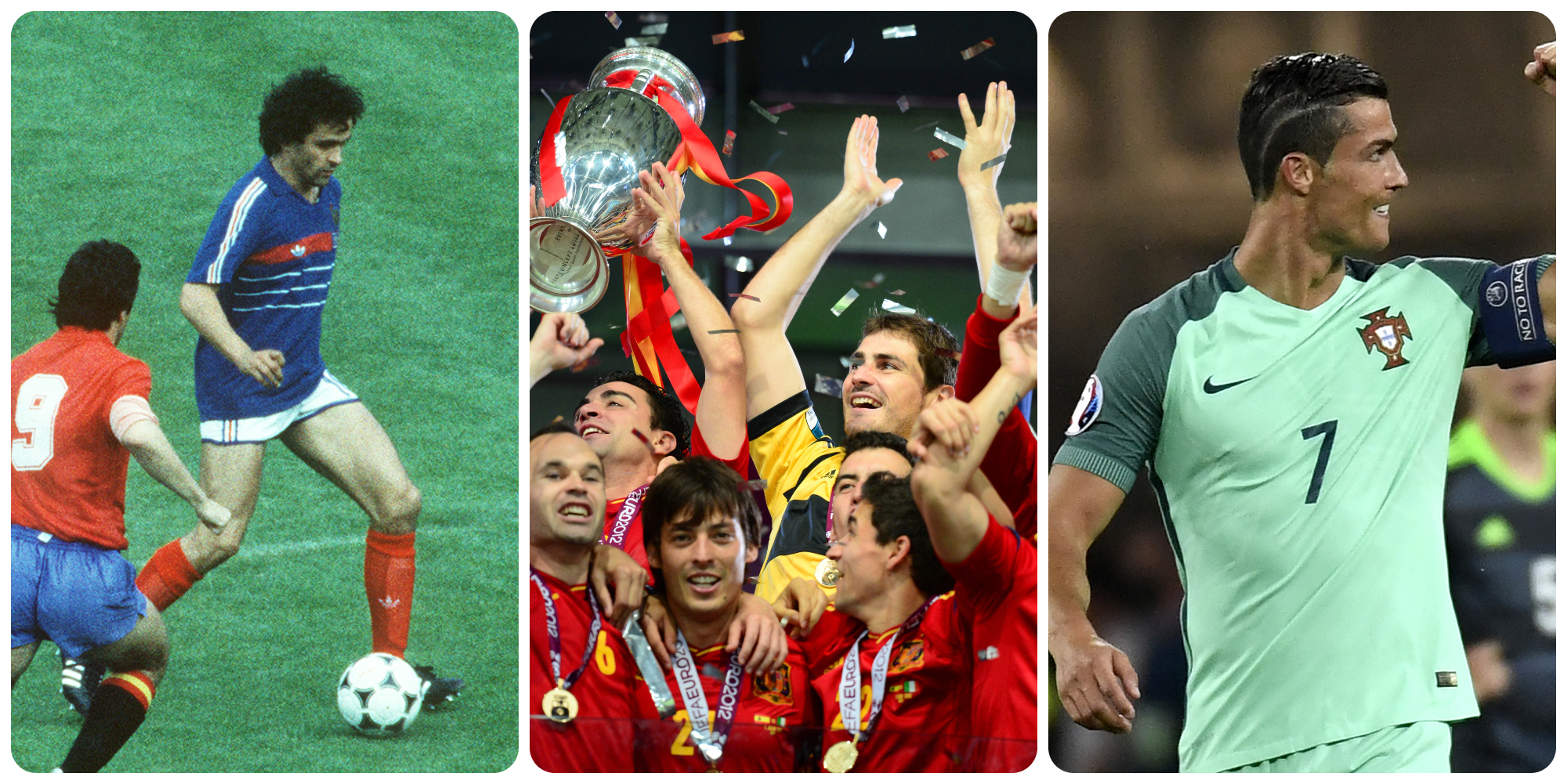 Since its creation in 1960, the Euro has been the scene of many twists and turns and memorable exploits.

Focus on these records, from the youngest player to the most successful team, which forged the legend of the competition.

Crazy goals, legendary players and surprises: the Euro, which on Friday 11 June, is undoubtedly the most prestigious competition in international football after the World Cup.

Since its creation in 1960, numerous records have forged the history of the European Championship, like the nine goals scored by Michel Platini in 1984. Focus on these exploits, both individual and collective.

Spain and Germany, the most successful

With three successes each, the Spaniards and Germans share the record for the team most often champion in Europe.

The Blues of 1984, the most offensive

Michel Platini's French team, winner of "his" Euro in 1984, holds the record for goals in a single final phase: 14!

Before beating Spain 2-0 in the final, with the famous free kick from Platini and the blunder of the Spanish goalkeeper Arconada.

Platini and Cristiano, the goleadors

With 9 goals scored, Michel Platini and Cristiano Ronaldo are the two top scorers in Euro history.

But notable difference: Platoche scored all his goals ... in one final phase, 1984 (see the video below)!

This is obviously a record for a single Euro.

The Portuguese have played the Euro four times and could well overtake Platini definitively this summer.

Cristiano, the most capped

Cristiano Ronaldo also has the record for the number of matches played in the competition: 21. A record that he will further improve this summer, since he should, except injury or coronavirus, play at least the three matches of the first round (against the 'Germany, France and Hungary), or even more if qualified.

The Juventus forward is also set to become the first player to make five Euro finals.

Willems the youngest, Király the oldest

At 18 years and 71 days old, Dutch left-back Jetro Willems became the youngest player to play a match at the Euro, in the defeat against Denmark (0-1) in the group stage in 2012. A l 'Conversely, the Hungarian goalkeeper Gábor Király was 40 years and 86 days old during the correction suffered by his team against Belgium (0-4), in the first round of Euro 2016. The goalkeeper in the famous gray jogging, which has since retired, was still signaled during this match by a superb parade on a free kick from Kevin De Bruyne:

In 2008, he became the first player to lose the Champions League finals (with Chelsea against Manchester United) and the Euro the same year (against Spain).

Six years earlier, in 2002, he had lost the Champions League final with Bayer Leverkusen against Real Madrid, then the World Cup final against Brazil.

The German Poulidor, in short ...

Berti Vogts, the only one to have made the "double"

Didier Deschamps, who was the captain of the victorious Blues in 2000, could well imitate him this year.

In any case, we wish him so.