The soccer team defeated Sri Lanka 5-0 in the second qualifying round of the World Cup, effectively confirming their advance to the final qualifying round. The Taegeuk Warriors commemorated the deceased with a ceremony honoring the late former director Yoo Sang-cheol. 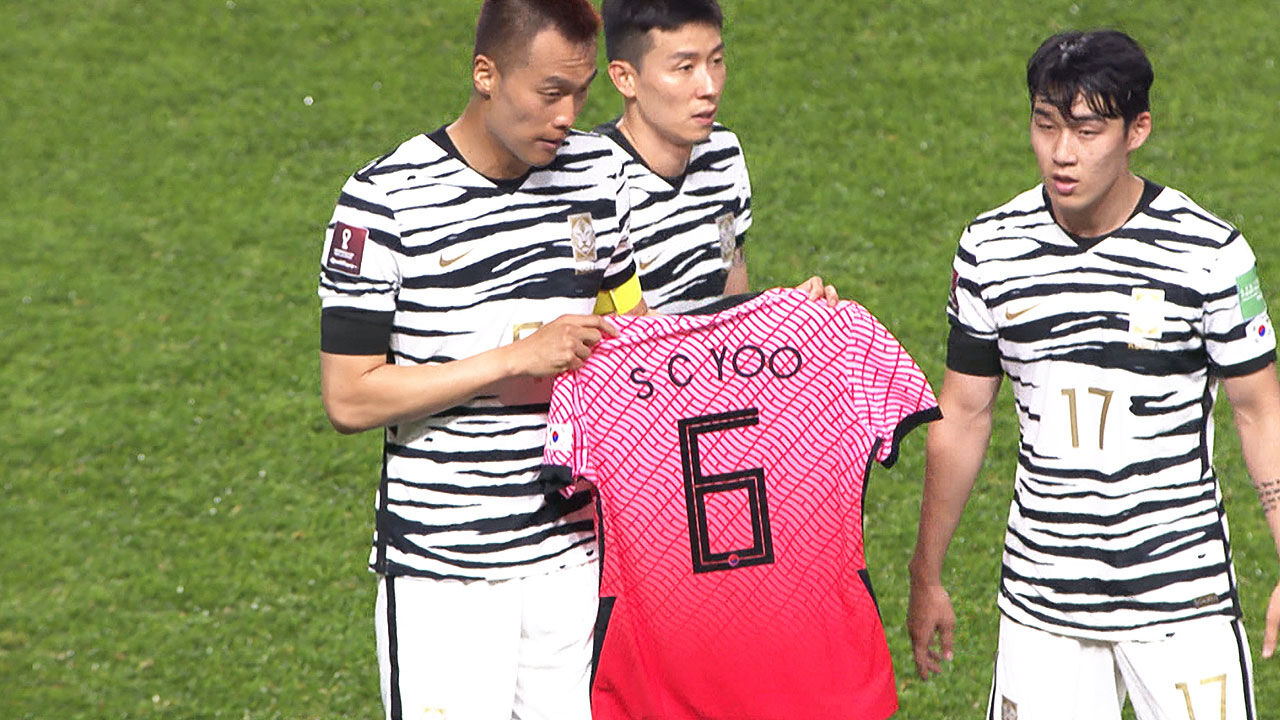 soccer team won 5-0 against Sri Lanka in the second qualifying round of the World Cup, effectively confirming their advance to the final qualifying round. The Taegeuk Warriors commemorated the deceased with a ceremony honoring the late former director Yoo Sang-cheol.

Taegeuk Warriors gave a fierce victory to the late coach Yoo Sang-cheol, effectively confirming the first place in the group.

While coach Yoo was commemorated with fans with a large tribute video before the game, the national team, which had 10 players in the best 11 match against Turkmenistan, wore black armbands and attacked from the beginning.

In the 15th minute of the first half, when Shin-wook Kim scored the first goal, they gathered together and prayed for the well-being of the deceased by holding the jersey number 6 engraved on them.

Seven minutes later, Lee Dong-kyung scored her first match goal with a left-footed non-stop shot, and Kim Shin-wook added another goal from a penalty kick at the end of the first half.

The goal streak continued in the second half.

In the 8th minute, Hwang Hee-chan shook the net with a powerful right-footed shot, and in the 32 minute, 19-year-old rookie Jeong Sang-bin scored the fifth goal for the team in less than 5 minutes as a substitute.

When Lee Dong-kyung hit the shot, he slightly changed the direction with his right foot and scored his debut goal in the match A.

Son Heung-min, who was on the bench, also applauded the youngest child born in 2002.

Bentuho took the lead in the group with a 5-0 win even without a lot of starting points.

[Sang Sang-bin / Soccer team striker: I think it is an honor just to play in the A Match debut, so I didn't even think about the goal, but I was very happy with the goal and the hyungs praised and congratulated me a lot... .] Even if the