Spain, England, Italy, Belgium or maybe Denmark. Which team is best placed to win this summer's European Championships? And how is it going for Sweden? Statistics company Gracenote has now released its forecast for how it will go. 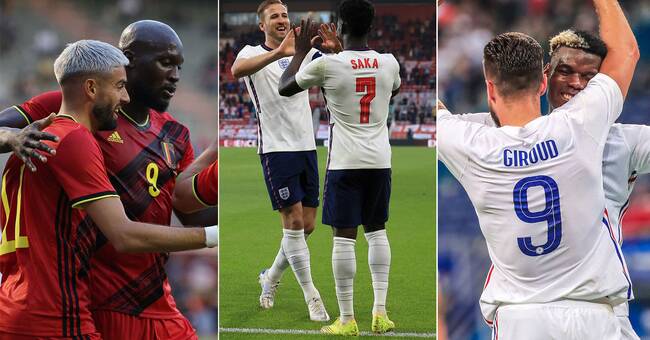 With the help of its ranking and statistics, Gracenote has produced a forecast for how it will go in the European Football Championship.

Belgium has the highest chance of winning.

According to Gracenote, there is a 14 percent chance that they will take home their first major championship title.

They are in a group with Denmark, Russia and Finland.

According to Gracenote, there is the greatest chance that Belgium will play the final against England.

But a final between England and Italy or Denmark and Belgium is also high on the list.

After Belgium, England (also 14 percent), France (12 percent) and Spain (10 percent) have the best chance of taking home the gold.

And how is it going for Sweden?

A better figure than, for example, Croatia (58 percent) and Poland (64 percent).

Finland, Slovakia and Hungary have the least chance of reaching the playoffs.