He swept Germany 6-0 .. Enrique is a strong candidate to win the European Cup

Spain bowed in appreciation of the performance of its first football team and the project of its strong personal coach, Luis Enrique, with young faces, after defeating four-times world champion Germany 6-0 last November in the European Nations League. 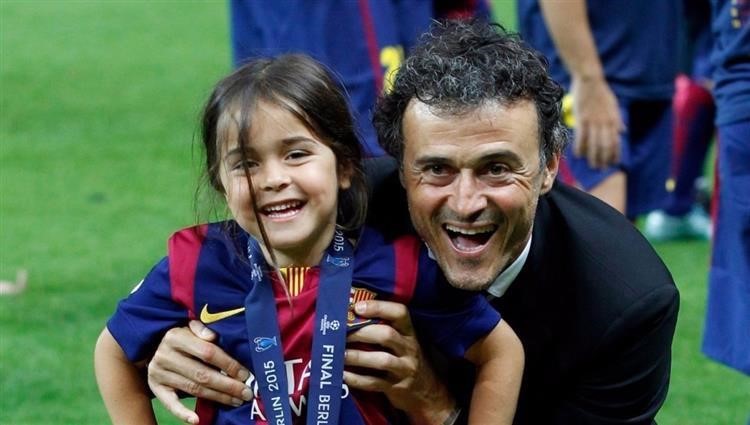 He swept Germany 6-0 .. Enrique is a strong candidate to win the European Cup

Spain bowed its head in recognition of the performance of its first football team and the project of its strong personal coach, Luis Enrique, with young faces, after defeating four-times world champion Germany 6-0 last November in the European Nations League.

Praises fell on the coach, who returned to coaching the national team after the death of his sick daughter: “historic”, “show” and “emotional”.

Enrique, 51, succeeded in his bet, after he was criticized for negative results, as a result of a deep renewal of his squad. But after the historic victory over Germany, he dispelled many concerns about the future of "La Roja".

After his 9-year-old daughter Khanna died of bone cancer, he returned in November 2019 to the bench of the red team, which was winning, but without convincing.

His temporary replacement and former assistant Robert Moreno succeeded in getting the team to the European Cup, without finding a convincing style of play.

But after Lucho's return, Spain won less, but with a better performance.

Enrique wished: “I was optimistic about what I saw, and there are also more players who can do other things. I hope this win will mark a new start.”

When midfielder Luis Enrique decided to move from Real Madrid, with whom he culminated in all local football competitions, to the camp of eternal rivals Barcelona in 1996, he was classified by the fans of the Royal Club as a "traitor".

But Enrique was not a traitor, because he returned to the team that qualified him in football and taught him the basics of the game when he was young (from 1976 to 1981) before deciding to test his fortunes with Sporting Gijon (from 1981 until 1991) until he wore the Real shirt from 1991 until 1996 and crowned with him the championship The League in 1995, the Cup in 1993 and the Super Cup in 1993 as well.

And when he arrived in 1996, Enrique surprised everyone by requesting that he be released from his contract in order to return to his starting team, Barcelona, ​​without any compensation.

Enrique's move to Camp Nou was not only a surprise to the Real fans, but the Barcelona fans were initially reluctant to adopt this transfer, but Ibn Gijon soon managed to win his affection after he defended valiantly his colors in the eight years he spent in his ranks. .

But no one expected Banrique to take over the task of coaching the first team in the Catalan club, which was also credited with qualifying him in training, by giving him the task of supervising the reserve team from 2008 until 2011.

The emergency circumstances played a role in Enrique’s arrival to Barcelona, ​​despite his mediocre training experience with Italian Roma (2011-2012) and Celta Vigo (2013-2014). The departure of his coach, Josep Guardiola, from the team in 2012, after leading him to 14 titles in 4 years, shook The throne of the Catalan battalion and the administrators tried to replace him with his assistant Tito Vilanova, but the disease entered the line and eventually led to the death of the latter.

Barcelona then resorted to Argentine Gerardo Martino, but the latter failed in his mission and left empty-handed, which opened the door for Enrique to follow in Guardiola's footsteps and supervise the first team.

The risk was great to sign Enrique, but he proved that the bet on him and his love for the club's shirt was in order, as he managed in his first season with him to lead him to the triple league, the domestic cup and the European Champions League.

He crowned his exceptional season by winning the 2015 FIFA Football Coach of the Year award.

In early March 2017, he announced the end of his career with Barcelona, ​​and after the end of the 2018 World Cup, he assumed his position at the head of the Spanish national team.

During his international career, he played 62 matches for his country and won the gold in the 1992 Barcelona Olympics.