Analysis: Leclerc passes and then Hamilton and Verstappen fight on

Although Ferrari driver Charles Leclerc took pole position for the second consecutive qualifying, the Azerbaijan Grand Prix on Sunday appears to be mainly a continuation of the title fight between World Cup leader Max Verstappen (starting third) and seven-time world champion Lewis Hamilton (starting second). turn into. And that will be another exciting battle, provided the race is not too chaotic. 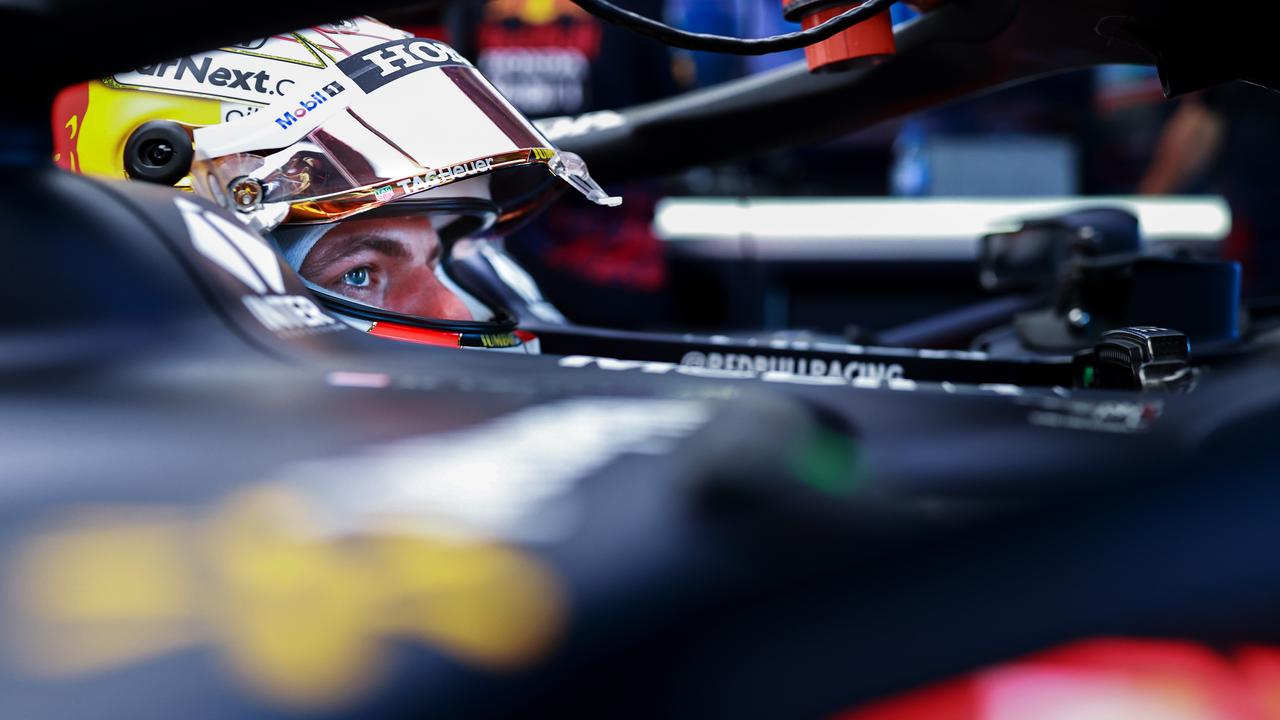 And that will be another exciting battle, provided the race is not too chaotic.

Verstappen was not satisfied after qualifying on Saturday.

During his only attempt in Q3, the Limburger mainly lacked a

(slipstream) in the third sector, but his entire lap was not great.

Verstappen already lost three tenths of his best time in the first sector in that part and he had also been faster in the second sector.

In the end, in the third sector - which mainly consists of the long straight - he lost just two tenths to Leclerc, less than the 0.345 seconds he had to give to the Ferrari driver over the entire lap.

Hamilton still fit in there.

Leclerc did get that

in the third sector, notably from Hamilton, while Ferrari didn't actually have the car for pole.

The Monegask himself was surprised and not even completely satisfied with his lap.

Still, in Q3 he drove his best time of the day in every sector.

Leclerc is known for his rock solid qualifying laps and this was another one, regardless of whether it had held up without a red flag.

Yuki Tsunoda made sure that it was only one attempt for everyone with a crash.

Max Verstappen was not satisfied with the course of qualifying

Max Verstappen was not satisfied with the course of qualifying

Pole was good for Leclerc, but Sunday's race is a different story.

He predicted that afterwards: "I think it will be difficult to keep Verstappen and Hamilton behind me. We have already seen in the second free practice that the

of Red Bull and Mercedes is better. It will not be an easy race. "

Mercedes already knew on Friday that its

The speed over one lap, that was the problem.

The car of the reigning world champions has trouble with - as the drivers themselves call it - 'switching on the tires'.

Under the Red Bull and the Ferrari, the soft Pirelli's in Baku reach the correct operating temperature much faster than under the Mercedes.

The team was quite secretive about what had been the cause of Hamilton still in second starting place, but the question is whether that is such a mystery.

from his Finnish teammate

He also drove with a rear wing that generates more downforce than that on Hamilton's car.

But was Bottas sacrificed?

"It was the drivers' own choice," team boss Toto Wolff said, just as it was "Hamilton's turn to choose whether he wanted to go on track in front of or behind his teammate".

It all happened to work out really well to keep Hamilton close to Verstappen, though.

Multiple chances for Verstappen to strike

The result is that Verstappen has to pass Hamilton in the race to be able to win.

There are three times when that is realistic.

Firstly, it is of course possible in the first lap, although Hamilton had a good start from second place during the previous race in Baku in 2019.

And overtakes in the hectic opening phase sometimes end in tears in Baku.

pace should be fractionally faster than Mercedes', so that lends itself to an undercut once Verstappen's team can take the initiative.

That's more like making a pit stop for a set of new tires and then taking advantage for a lap until Hamilton makes his stop.

The question is also whether Sergio Pérez can play a role in this from sixth on the grid.

Verstappen's teammate has picked up the pace well this weekend, so if Perez can ensure that Hamilton always ends up behind him during a pit stop, that is a nice boost for Red Bull.

Pirelli predicts that one stop is enough for everyone.

The chance of chaos in Baku is huge

The third chance must arise in the almost inevitable chaos in Baku.

During qualifying there were already four red flag situations, Formula 2 had a race full of crashes on Saturday afternoon and in the past the safety car on this street circuit had to go on track very often.

In addition, Red Bull has often shown that it can deal with chaotic conditions better than Mercedes.

And then just catch up on the track?

That seems to be a difficult story for Verstappen.

Hamilton's time in the third sector, with the long straight, is structurally faster than that of the Limburger.

Unlike the Dutchman, the Briton is at the top of all lists with the highest top speeds, so the chance that Verstappen can put his car next to it on the straight is not very great.

The main question is how long it will take Hamilton and Verstappen to overtake Leclerc, after the lights have gone green at 2 p.m.

Once that has happened, the title battle between the two ruffs will continue and Verstappen will defend the leading position in the World Cup standings for the first time in his career.

The Azerbaijan Grand Prix starts on Sunday at 2 p.m.