Everton star James Rodriguez criticizes the Colombian league after being left out of the squad for the Copa America and two World Cup qualifiers. - It fills me with enormous sadness, says Rodriguez. 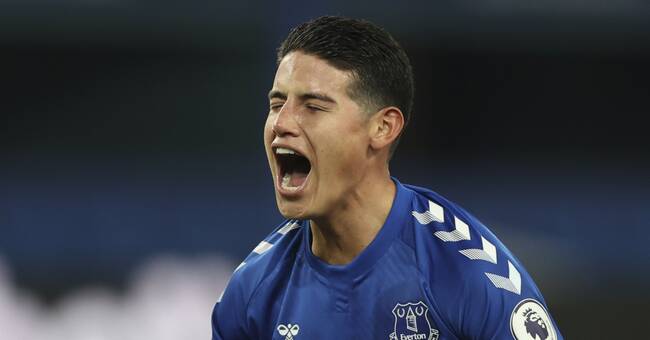 The 29-year-old broke through at the World Cup in Brazil in 2014, where Colombia reached the quarterfinals.

Then there was a long-term contract with Real Madrid before he was loaned to Bayern Munich and since last year he is at Everton in the Premier League.

When Colombia took the squad to the World Cup qualifiers against Peru on June 3 and Argentina on June 8 and the Copa America, which begins on June 13, Rodriguez was not present.

"He is not in the optimal condition to participate," the union wrote in a comment.

Rodguez does not agree at all.

Colombia has been eliminated as organizer

"It was with great surprise that I received word from the national team management that they did not want to use me and wanted me a quick recovery," Rodgriguez said according to Reuters and believes he would have been ready for the match against Argentina and then the Copa America, this after their calf problems.

- I was extremely disappointed, not having the trust of the national team management fills me with enormous grief, says Rodriguez.

Colombia was to host the Copa America with Argentina, but the South American Football Association has canceled Colombia as the organizer due to the political unrest with violent clashes between protesters and police that has prevailed for a month now.

There is no information on what will happen to the 15 matches that would be played in Colombia.