0-0 after two periods. 2-0 to Slovakia after full time. Denmark fell heavily against Slovakia - and lost their quarter-final place. 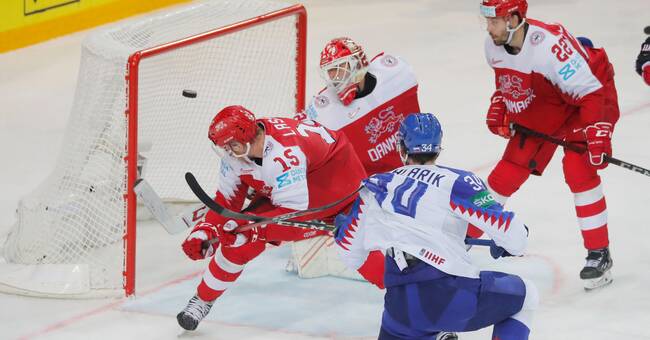 Denmark accounted for a strong third period in Friday night's victory against Belarus.

Against Slovakia, the Danes did not have the same energy to force - instead it was Slovakia who scored two goals and decided the match.

Heavy revenge for the Slovaks after the 1-8 loss to Switzerland.

Thus, Slovakia goes up in group lead - and is close to securing the quarterfinals.

In the Slovak team, it was Leksand star Petr Cehlarik who was behind both goals against Denmark.

He did the first thing himself - and then he was part of the origin of Oskarshamnsbacken Adam Janosik's 2-0.

Tomorrow Sunday, Slovakia will face a pressured Tre Kronor, who must win to have a continued chance in the quarterfinals.

Denmark had no super positions to threaten for reduction and equalization, where former SHL goalkeeper Julius Hudacek kept a clean sheet.

Now the team must win the last group game against the Czech Republic, to have a chance in the quarterfinals.

- I do not think Denmark comes up and threatens Hudacek.

A player like Niklas Jensen is probably a little disappointed in himself, he is the one who must do it if Denmark is to succeed, says SVT expert Daniel Rudslätt.