Manchester City had the chance to take the club's first Champions League title. They did not. Kai Havertz, 21, became a great hero for Chelsea who won 1-0. 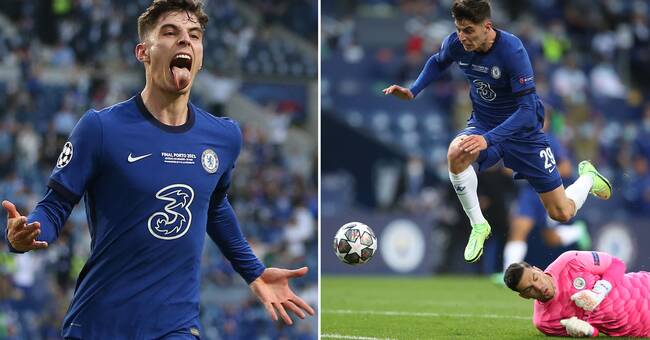 It was an all-English Champions League final this year.

The all-English Champions League final lasted a long time and weighed, but it was far from an uneventful match.

14 minutes into the game, Timo Werner had a great chance to put his team ahead, but his kick from the left went wide.

But after an awkward finish, City goalkeeper Ederson Moraes was able to easily save the shot.

With just over five minutes left in the first half, Chelsea player Thiago Silva was tackled by Ilkay Gundogan and replaced injured.

Then came the goal.

21-year-old Kai Havertz got the ball in deep, poked the ball past Ederson and put the ball in the open goal, 1-0 Chelsea.

Early in the second half, City star Kevin De Bruyne left the pitch in tears.

That with a suspected head injury after a collision with Antonio Rüdiger.

Manchester City pressed for an equalizer and had several chances to put it 1-1.

Chelsea held off and are Champions League champions in 2021.