Rain, ambulances and abandonments before the Dolomites

Egan Bernal feels strong and full, every day more robust, every day closer to arriving in Milan in pink, and the review of what remains of Giro feeds even more his ... 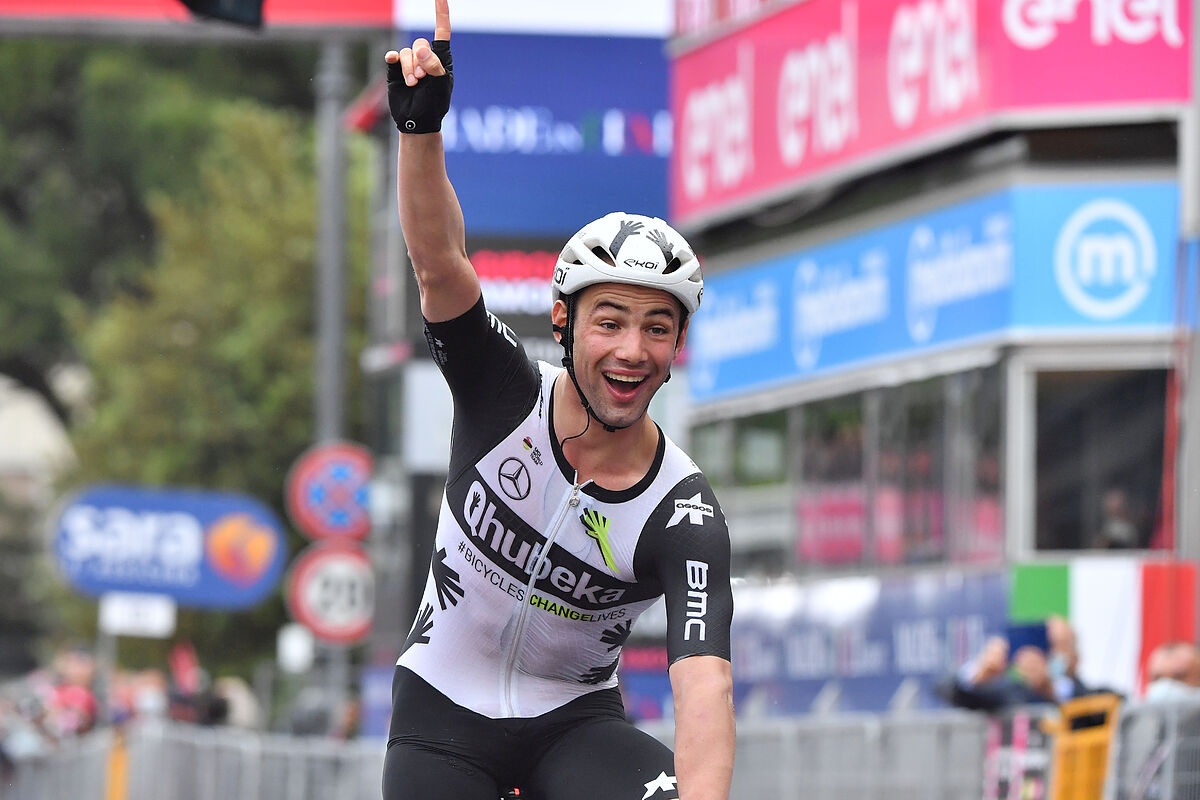 feels strong and full, every day more robust, every day closer to arriving in Milan in pink, and the review of what remains of Giro further fuels his optimism. There are still four of the five high mountain stages scheduled for this edition and this Monday he will enter his land, a dolomitic 'tappone' with three peaks above 2,000 meters of altitude, almost the patio of his house. Marmolada, Pordoi and Giau for your use and enjoyment, unless someone dares to say otherwise. So far, no one has.

Bernal is the undisputed skipper of this Giro, a generous skipper whose ambition is simply the 'pink jersey' and he focuses on it. Winning stages is secondary, among other things because he has already won one and his teammate

another. And for this reason, the Ineos lets you do it day after day. Let whoever he wants to escape as long as it is not dangerous for the general classification and fight for the stage victory if his forces are sufficient. Bernal is calculating, a Colombian with a mentality chiseled in the UK, and he shows it daily. The same in a stage in which it can make differences as in those that are mere transition to the outcome of the race.

This Sunday was one of the second and the squad faces it as such, with

and Ganna alternating from start to finish in the head to set a calm and affordable pace for everyone and to arrive no less than 17 minutes after the first classified. Those who dream of winning a stage feel that it will be so and seek their war almost from the initial banner. And that is the only moment in which accelerations and risks appear for the large group. Normally, they are harmless. This Sunday, on the way to Gorizia, it was not going to be like that.

Five minutes after the start, a massive crash affects a good part of the peloton.

About twenty runners go to the ground and, as often happens, there is a man from the general classification among them.

, who was sixth, falls and does not get up.

As also happens to

The chaos is total and the Giro has no choice but to stop the race for half an hour.

Medical care for the fallen leaves the organization without sufficient ambulances.

And without ambulances you can't run.

Standing half an hour

When the race resumes, so does the fight for the breakaway. It is made up of 15 runners who immediately know that victory is among them. Before them, a circuit between Slovenia and Italy with three passes through Gornje Cerovo, a two-kilometer wall and ramps that reach 15% unevenness. The most skilled uphill, like

, know that they have to wait for those slopes to play their options. Others know that they are dead there. And that is why Campenaerts breaks the deck in the absence of 20 kilometers and is accompanied by two other

, the 'pistard' of Movistar.

The Belgian, 'record holder' of the hour, knows that he is facing his great opportunity. He has been one of the best time trialists in the peloton for years, but his cachet in the specialty has plummeted in recent times and the online stages continued to resist him, barely one in his entire career. It seemed a now or never, despite the fact that the rain made an appearance then with great force, turning the road into a slippery track in which accidents were more likely than possible.

The best news is that there were none, neither in the breakout nor in the peloton, who with the first drops blatantly took his foot off the accelerator to minimize risks.

But Campenaerts kept pushing, because the stakes were huge.

In the last step through Gornje Cerovo,

In the final tack of Nova Gorica, in Slovenian territory,

also does it, but manages to re-

with a kilometer to go.

Too much effort against such a shooter, who overtakes him in the final sprint to give Qhubeka its third victory of this Giro after those of

, who by the way decided to go home.

Now it is the climbers' turn, so that Bernal finds out if someone can discuss hegemony with him.

Giro d'Italia75 years since the last triumph of Bartali, the cyclist who fought against the Nazis