Stina Nilsson on the new approach: "Should end the hobby shooting"

A year ago, Stina Nilsson was a new biathlete. She trained copious amounts on the shooting range at first, up to 1200 shots were fired in one week. But this year the approach is different. - We will keep it a little more strict, I will not shoot more or less than anyone else, says Stina Nilsson to SVT Sport. 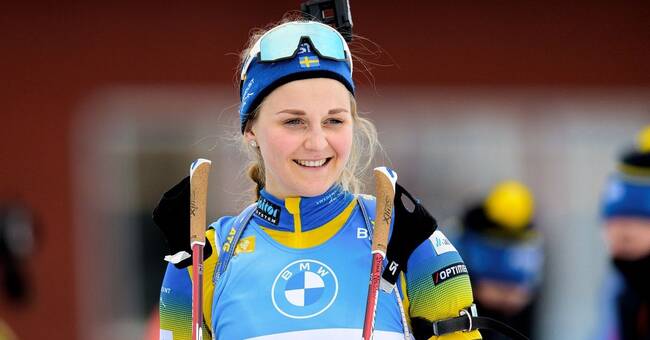 After Stina Nilsson switched to biathlon just over a year ago, she got a development place in the A national team.

Nowadays she has a regular place and her training plan has changed compared to last year.

- I have talked to the coaches and come to the conclusion that I should stop shooting hobbies, that I go out and shoot just because I think they are fun, says Stina Nilsson.

- Now it has been a year and I am back in the same place again and then it is so easy to compare with where I was last year and then it becomes clear to me that everything is much easier and more obvious this year, says Stina Nilsson.

At first, Stina fired copious amounts of shots at the shooting range to get the basics into the shooting.

This year there is not as much focus on shooting, but now she focuses on the whole.

Nilsson competed most of the season in the IBU Cup, the cup during the World Cup.

But in the final VC competition in Östersund, she got the chance to make her debut against the best in the world.

She was 26th in the sprint and in the follow-up hunt start 22nd.