Minute 90. 1-1 at The Hawthorns. Liverpool need a victory to continue in the fight for a place in the Champions League next season. The referee adds four minutes and ... 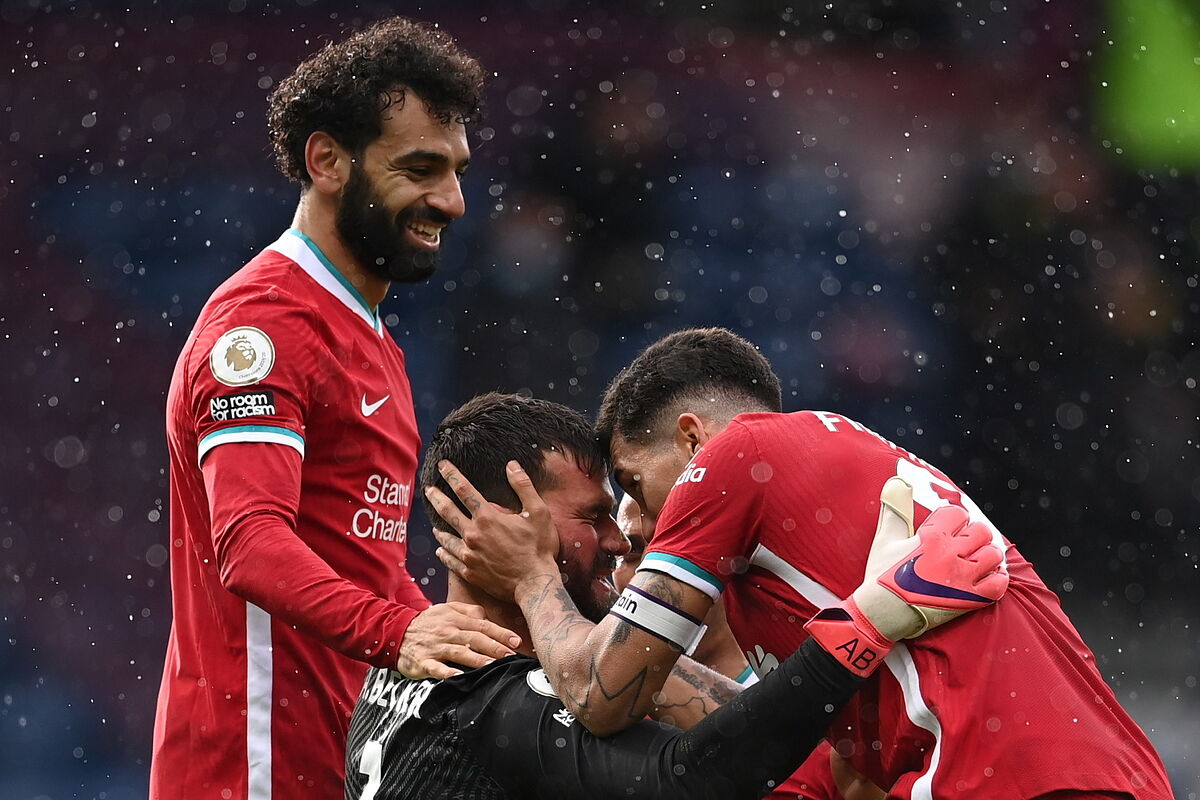 need a win to keep fighting for a place in the Champions League next season.

goes up to finish off a corner trying the feat, and he succeeds.

The Brazilian footballer manages to head the ball into

and gives Liverpool encouragement with two games to go to get that coveted place in Europe.

With this goal, Alisson made history for the Mersey Riverbank team and became the first goalkeeper to score a goal in an official match. In a difficult season, with this goal, Liverpool certify an important victory and are placed one point

(fourth) and three from

(third). The latter two meet on Tuesday, thus increasing the chances of

, two teams that do not play at all.

The heroism of Alisson Becker saved a Liverpool that suffered throughout the game against an already relegated.

was a nuisance and went ahead with a goal by

, who responded whenever he could at 26 auctions of Liverpool.

tied before the break tying

WHISPER OF SPORTS 'Pep Esponja', in Manchester like at home, or better: in good company, influential, without politics and with a restaurant

LaLigaAtletico, facing 15 years of curse at the Camp Nou: "That victory took us out of a situation of fear"