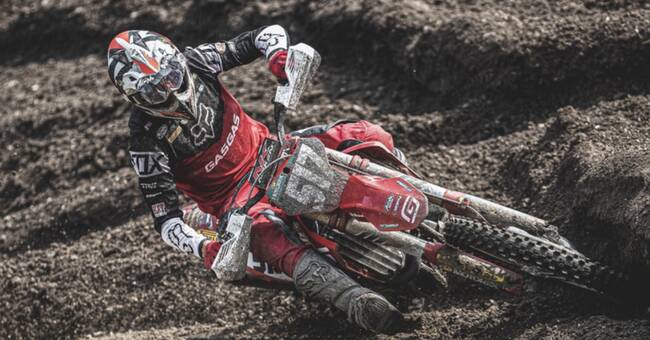 Two heats on Saturday ended in a second and a fifth place for Isak Gifting during the SM weekend in Uddevalla.

But on Sunday, Gifting put in a higher gear.

After a second place in the first heat, he won the second heat.

The competition on the Uddevalla track was also the toughest in modern times, when several international drivers applied for driving opportunities before the World Cup premiere.

Gifting defeated both KTM driver Rene Hofer from Austria and his teammate in Gas Gas, German Simon Längenfelder when he won the weekend's last heat.

In the heat, Längenfelder was knocked down two places, when he ran over a driver when the yellow flag was up, which is not allowed.

Gifting was third for a long time, after a lap, but thus finally took the heat victory.

Gifting leads the MX2 class in the SM series overall, and the form bodes well for the World Cup premiere in Russia in June.

- Overall, it has been a good weekend.

I was good in the starts, which is important.

I'm starting to feel ready for the World Cup.

Now I am going home to Dalarna a couple of days before I go to my base in Germany for more training.

I might have time for a race in France before the World Cup premiere, says Isak Gifting to SVT Sport.