What did Al Ain goalkeeper Khaled Issa say about life after retirement?

The goalkeeper of Al Ain team, Khaled Issa, revealed that after the end of his career in the football stadiums, he is thinking about going free to work, which is a path that many players do not take after retirement, as they prefer to have a training experience. R 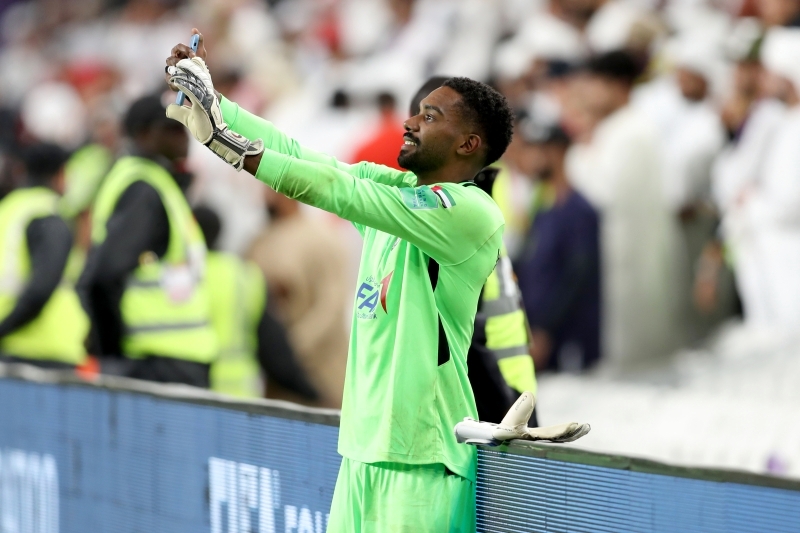 What did Al Ain goalkeeper Khaled Issa say about life after retirement?

Al Ain goalkeeper Khaled Issa revealed that after the end of his football career, he is considering going free to work, which is a path that many players do not take after retirement, as they prefer to have a training experience.

Issa said in an intervention during a meeting with members of the Emirates Deaf Association as part of his response to a question about his passion for commercial projects and the impact of his preoccupation with football on these projects. Complete between my situation as a footballer, which I consider my main job now, and the other projects that I love, and I ask God to write us success and repayment, as I aspire to complete the journey in the post-football stage. "

Regarding the dissatisfaction of the Al Ain fans during the current season, he said: “We apologize very much to them, and as players we are well aware that the ceiling of Al Ain’s ambitions is unlimited. Insha'Allah".

Khaled Issa responded to the last question that he and his teammates are considered among the best generations in the history of the club, so everyone is wondering when they will achieve the AFC Champions League, saying: "Soon, God willing."

Regarding his program in the Eid, he said: "The truth is that the current Eid Al Fitr will be different for me, as it coincides with the annual holiday, and certainly the Eid is like Ramadan in privacy. There is a special character that includes visits, congratulations and blessings with relatives and friends, but in light of the precautionary measures and directives that have been circulated by the authorities We ask God Almighty to lift the affliction and restore the whole world to its normal life. "

It is noteworthy that the list of the national team that was called up to the current camp did not include the name of goalkeeper Khaled Issa after years of continuous participation with "Al-Abyad".