The Chinese Super League has already played in the third round, how can a "light" word be...

Looking around, the third round of the Super League will be over.   Because of work reasons, as a reporter who mainly reports on football, he basically needs to watch roughly or carefully every round of the Super League.   But this season, there is always a feeling of not being able to enter the game. He even wondered if he had lost interest in football.   However, given that I can still watc 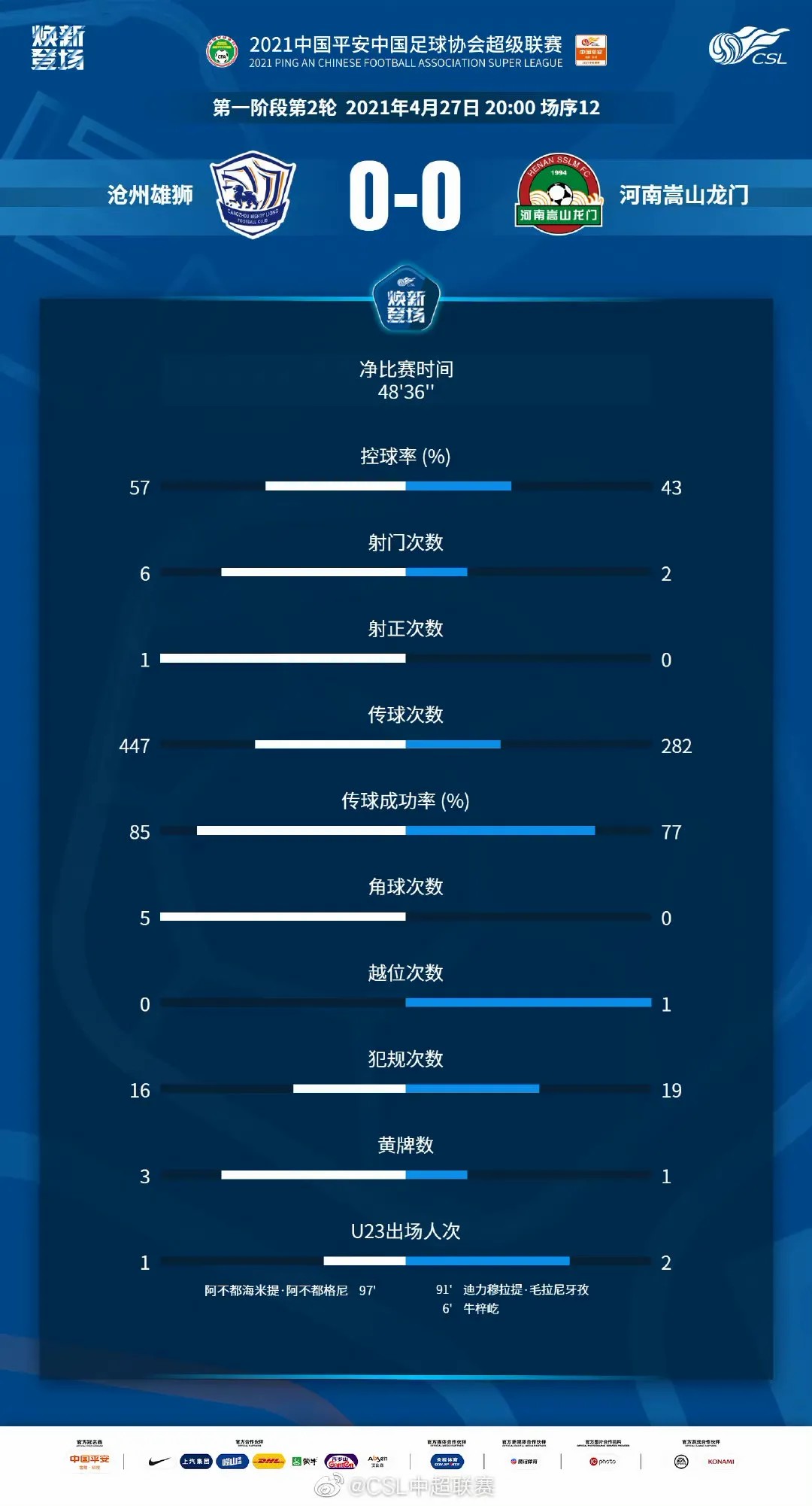 Looking around, the third round of the Super League will be over.

Because of work reasons, as a reporter who mainly reports on football, he basically needs to watch roughly or carefully every round of the Super League.

But this season, there is always a feeling of not being able to enter the game.

He even wondered if he had lost interest in football.

However, given that I can still watch some of the five major European leagues and youth games with great interest, this proves that this self-doubt is untenable.

After seeing the third round, I became more and more aware that this kind of "not going in" was due to the lack of interest in the game.

How boring is it?

In the 6 games at the end of the third round, I fell asleep several times in two games (with 8 hours of sleep).

And the previous second round of Cangzhou Lions 0:0 bored Henan Songshan Longmen match, it was so boring that they were forced to change channels and watch the CBA finals...

There is no need to repeat the process of that game. Just looking at the game data is enough to see how lackluster this [Chinese Super League] game is.

The fans are also unbearable for this kind of boring. Some fans even complained after the game: "These two teams will not score a goal after playing for three days."

Of the 22 games completed this season, there have been 4 0:0 games, and there were as many as 3 games in the second round alone.

If it weren't for the Dalian people and Hebei team in the second round, the latter scored a penalty with a controversial penalty, then he would face the dilemma that half of the games in a single round were 0:0.

You know, before the epidemic, in the 2019 season, where the home and away games were normal, there were only 7 0:0 games after 30 rounds of the year.

It is worth mentioning that in a fan survey of "Has the viewership of the Chinese Super League declined?", more than 40% of the fans voted for the "substantial decline, the game situation is lackluster".

The game is boring, and what follows is that there is too little talk, which makes the Super League this season even more boring.

According to past experience, the Super League at the beginning of the season has always talked a lot, but this season is very poor.

Apart from the Beijing-Shanghai battle in the first round, and the "Eight Champions" Guangzhou team won the first two rounds, there is not much to talk about.

And there were no upsets after 22 games. This situation is quite rare except for the 2020 season, which is also a game system.

Dating back to the 2015 season, Liaoning Football Team defeated Shandong Taishan 3:2 in the second round.

In the first round of the 2016 season, Chongqing Liangjiang Athletics defeated the Guangzhou team 2:1. On the other hand, Henan Songshan Longmen also defeated Shanghai Harbor 1:0. Shanghai Shenhua was forced 1:1 by the newly promoted Yanbian Fude. level.

In the 2017 season, Shandong Taishan also defeated the Guangzhou team 2:1 in the second round.

As for the 2018 season, in the first round, there was a classic battle of Guangzhou City 5:4 Guangzhou team.

The absence of Paulinho (right) has too much influence on the Guangzhou team.

With the absence of Paulinho, the Guangzhou team, whose transfer window was "out and not in", continued the downturn at the end of last year's season.

Beijing Guoan, who invited the "rock and roll" coach Bilic, has not yet brought the passion that the outside world has expected.

In the match on the evening of the 4th, Guoan faced the Dalianers with a single foreign defender. It was stunned that the first half was 0:0. It did not create too many good opportunities and high-quality cooperation. Fortunately, Zhang Xi was finally in the second half. Zhe broke the deadlock.

In fact, in the "post-Golden Yuan era" Super League where big-name players are retreating one after another, the decline in viewing is predictable, and Chen Xuyuan, chairman of the Chinese Football Association, has also clearly mentioned this in previous interviews.

Coupled with the impact of the epidemic, many teams' foreign aid failed to return to the team on time, which also caused a decline in appreciation to a certain extent.

Augusto (right) was unable to return to the team due to the epidemic, which also had a great adverse effect on National Security.

But how many boring games do not stem from the absence of foreign players, but from the conservative and "leisure kick" of their playing style?

Frankly speaking, the pressure of each team to relegation is not great. In that case, why not play more openly?

Of course, the tournament-based league has more or less boosted this "fishing" phenomenon.

If it is a normal home and away game system, move the full-screen "off-get out of class" sound in the news comment area after the game to the team's home court. Do coaches and players dare to play without any desire?

In the second round of the women's Olympic preliminaries on April 13, more than 10,000 fans entered the stadium to cheer the women's football girls.

A few days ago, the reporter passed by the Dalian Sports Center, the home of the Dalian People's Team. Before the fans entered and exited the stadium, there were many tall weeds growing in the cracks of the tiles. At first glance, they felt extremely deserted and desolate.

In the Jiangyin Sports Center, which is more than 800 kilometers away in a straight line, a match between Beijing Guoan and Dalian was held on the evening of the 4th.

Although Jiangyin Sports Center is a stadium in the Suzhou Division of the Chinese Super League, it is located in Wuxi City geographically.

For this game, the players, staff and media reporters have to spend 2 hours one-way from Suzhou city to the venue. After the game, it is early in the morning to return to the station.

Fans of the two teams from the same northern city will also travel long distances to Wuxi to watch the match.

The Chinese Super League under the tournament system has indeed added a lot of costs and thresholds for watching games.

In any case, I sincerely hope that the home and away game system will return as soon as possible, and there will be more exciting games.

At least not surprisingly, the match between Haishenhua and Shanghai Harbour tonight, with the support of tens of thousands of live fans from the two teams and the blessing of the "Shanghai Derby" culture, should be the most exciting match since the start of the Super League this season. ?