The master move was signed by James Vowles, Mercedes' chief strategy officer, although the one who made it concrete on the Montmeló asphalt was Lewis Hamilton. This holy covenant, ... 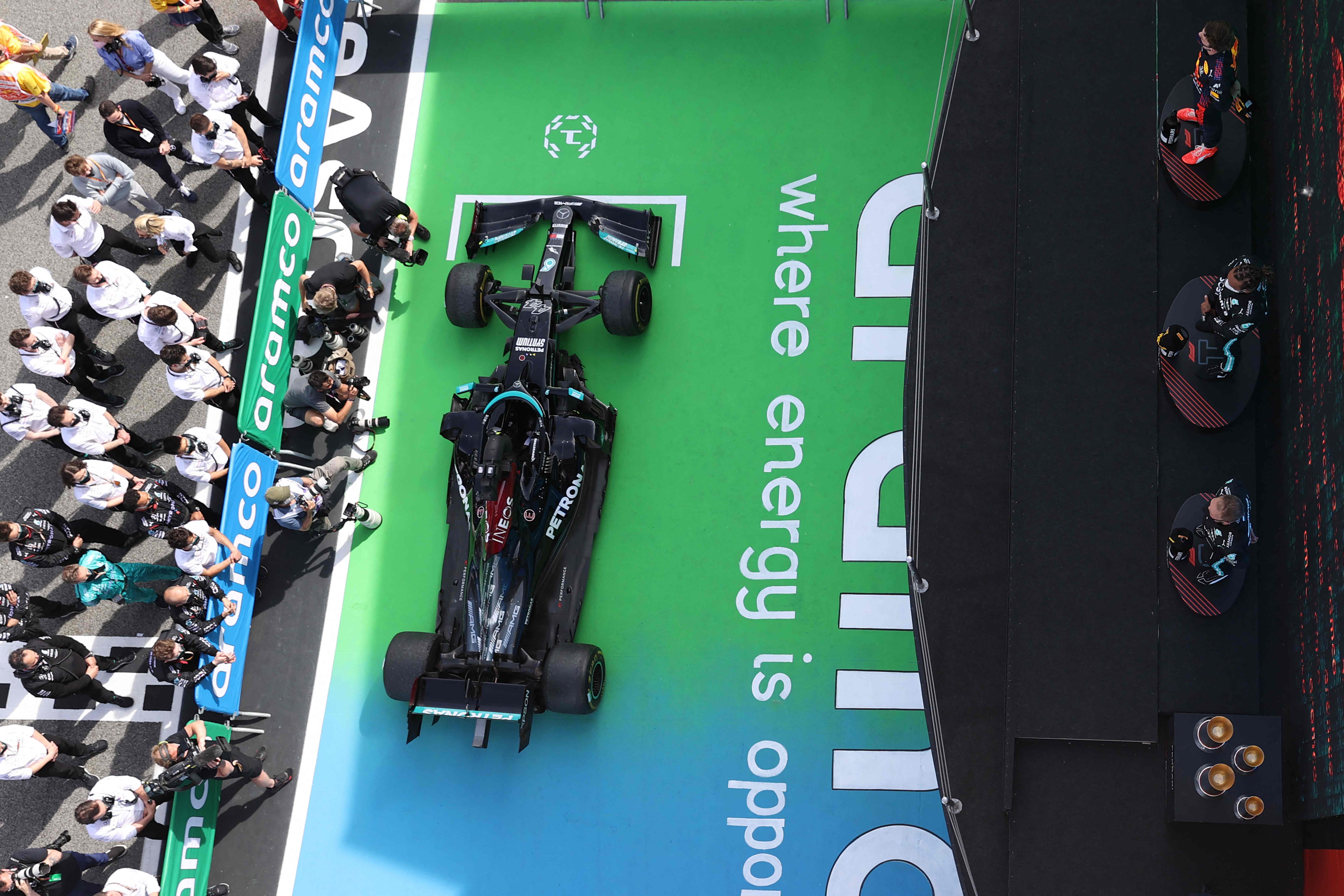 The masterful move was signed by

, Mercedes' chief strategy officer, although it was completed on the Montmeló asphalt by

, between the best team and the best driver, left Red Bull with a span of noses, which cannot afford more mistakes if it wants to aspire to the 2021 World Cup. How could victory escape them in the Spanish GP if

dominated almost at will with only 22 laps to go?

There is a precedent to explain what happened in Montmeló.

It was the 2019 Hungarian GP, ​​when Mercedes broke all the schemes with a two-stop strategy that would also take Hamilton himself by surprise.

That's why this new Red Bull stumble on the Circuit is so difficult to digest.

Everything was precipitated from lap 42, with Hamilton just half a second behind Verstappen and at the wheel of a W12 that was already shaping up to overtake at the end of the straight.

At that crucial moment,

changed their pace by surprise and ordered their pilot to stop for the second time.

"It was a real dilemma between paying attention to them or wanting me out. In the end I did what they asked me because there is great mutual trust," the Briton explained later.

"We hadn't even called him"

. On lap 24, a communication error between Verstappen and his track engineer,

, had doubled the duration of the first stop (4.2 seconds). "Max came to the

when we hadn't even called him," admitted Horner. That was only the prelude to disaster.

After Hamilton's second pass through the garages, with 24 laps to go, Verstappen's lead was set at 22 seconds.

Therefore, to win in Barcelona, ​​Mercedes had to recover one second per lap.

An immensity for anyone who is not a genius.

A chimera that somehow the Dutchman already saw coming from afar.

The degradation of his tires and Hamilton's relentless hunting pace would trigger the rollover.

"He was easy prey," concluded

This gripping duel between the brightest minds in the

somewhat obscured the other most interesting episode on Sunday.

There were only two radio messages, but the news filled the fans with astonishment.

For the first time, F1 was encouraged to filter a conversation between a team manager and the race director.

In the middle of the skirmish on the track, with the logical tension of the moment, Toto Wolff threw

Hamilton's car, after his triumph at Montmeló.AFP

In this way, the Mercedes boss warned about Hamilton's difficulties in doubling

. It was a crucial moment, on lap 26, when the seven-time champion was pushing hard for Verstappen. "Michael, that kid is going to throw us out of position," added Wolff, who had previously received a message from his own driver. According to the regulations, bent players must move away "at the first opportunity" when they only have 1.2 seconds to spare. At that moment, light signals are turned on both on the runway and on the pilots' devices. There is also a pre-warning that is activated when the tracker approaches three seconds.

Mazepin's lack of skill and the rush of Hamilton, who had been ordered to continue on the track and not immediately go through the

, unleashed a rather delicate situation.

However, Masi downplayed what happened.

"I have to say, to be fair, that Toto rarely sends us this type of message," commented the Italian, great protagonist of the Bahrain GP, ​​by a controversial order to Verstappen that would end up deciding the victory of Hamilton.